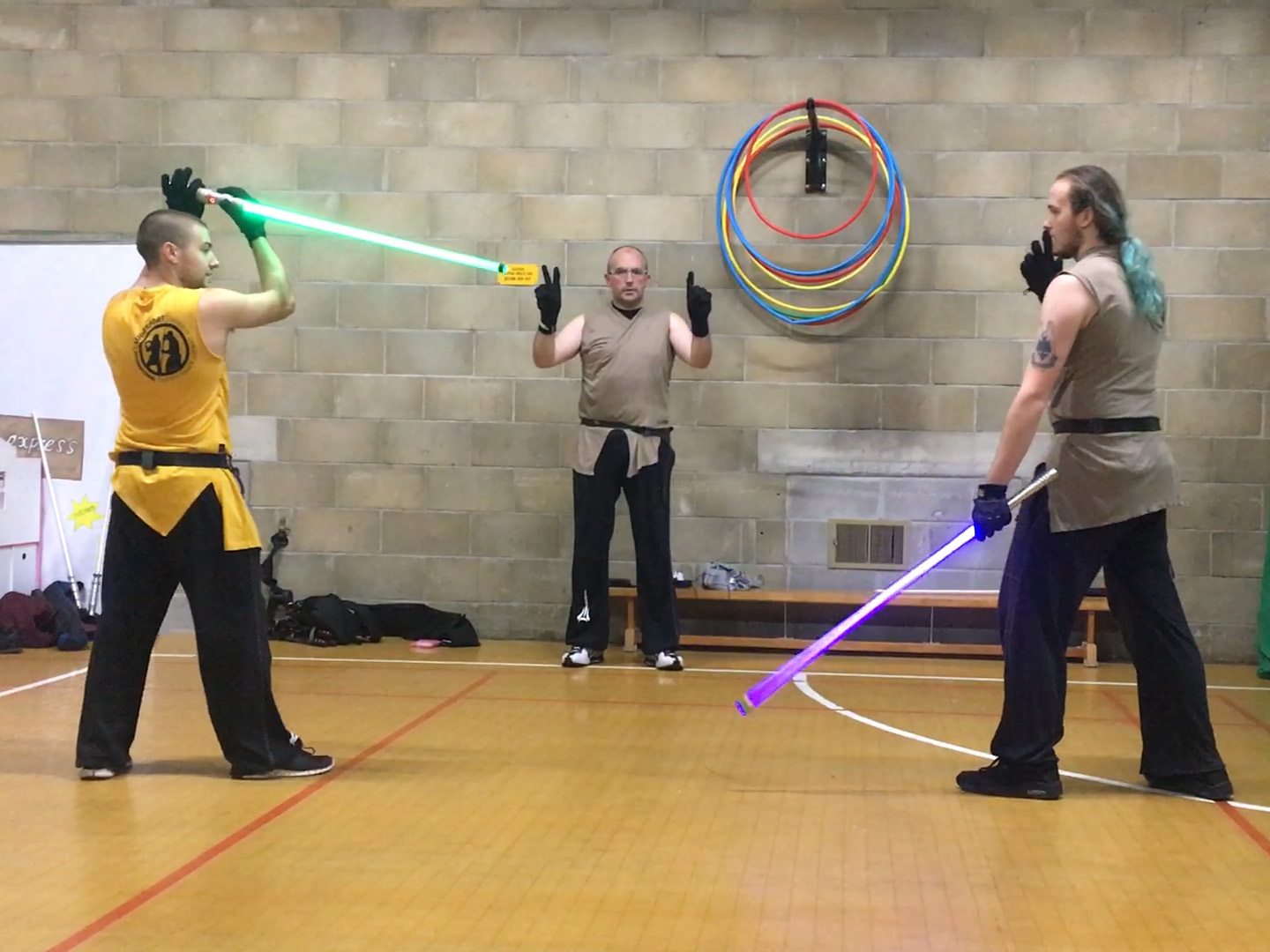 There are many different martial arts schools in Cardiff, but this one has an unusual weapon of choice A group meets weekly for lightsaber training sessions at a community sports hall. They call it LudoSport, an Italian invention which is derived from multiple disciplines, such as kendo and fencing.

LudoSport Cymru was started in 2015 by instructor Josh Rockey, who became involved in the sport as a student in Bristol.

Since arriving in the UK four years ago, LudoSport has increased in popularity, and there are now eight clubs across Britain.

Josh was certain the lightsaber was a major part of the attraction.

“As a child everyone wanted one,” he said, “and now enough of those people have grown up, become engineers and made it a real thing.”

But there’s a lot more to LudoSport than just “bashing lightsabers together,” according to Sam Hodges, who joined the group with his brother, John, three years ago. Indeed, the founders in Italy have developed 10 unique styles of duelling, each one with its own particular techniques. Next month, Josh and John will be heading to Italy to compete in the 2018 Champions’ Arena tournament, held in Milan on 1-2 December. Josh said he was really happy to be representing Wales at an international level.

“Every session now, Josh and I will be fighting [together] so we hopefully don’t get annihilated,” John added.

Whilst many train to be competitive, Josh said that this was by no means a requirement, and stressed the inclusiveness of the club.

“It really brings all age groups together- everybody can train, everyone can have a great time,” he said.

As well as the regular sessions, which take place at 8pm every Wednesday at YMCA Plas, the group also holds one-off events.

For example, in June this year they raised money for Crohn’s & Colitis UK by climbing Snowdon in their gear and fighting at the top.

Josh joked that as far as he was aware it was the highest lightsaber battle in the world.