A qualified journalist, radio presenter at BBC Wales and self-confessed workaholic, Bethan Elfyn has tried her hand at more or less every aspect of music. Fresh from her Spanish class at Cardiff University, and still undecided whether she will go to The Globe to watch Los Campesinos! later, Bethan comes across as warm and chatty in person as she does on the radio.

Early years and the Manics

Growing up mid-Wales in the middle of nowhere, Bethan followed the charts through Top of the Pops and describes herself as a late bloomer in discovering alternative music. It was working abroad one summer when friends introduced Bethan to The Smiths and The Sex Pistols. But in her teenage years, there was one band in particular whose Welsh roots held a special fascination. The Manic Street Preachers spoke out about problems in small Welsh towns. “I just had so much affinity,” says Bethan. “It just suddenly spoke to me I suppose. Their music, their rebellion spoke to me. It coincided with everything that was going on in my life.”

After two years working behind the scenes in production, Bethan landed a job presenting Radio 1’s Introducing in Wales, and combined a passion for finding undiscovered musical talent with her training in journalism.

After years of involvement, Bethan knows Cardiff’s music scene inside out. “You’ve got this whole array of new artists and you don’t know which one of them is going to explode,” she says, unable to pinpoint just one band she predicts will be the next big thing. “We’ve got loads of different, interesting, intricate levels of the music scene,” she smiles, recalling the band she may or may not see that evening. “I love the fact we’ve got bands like Los Camepsinos! who are sort of cult indie. They tour the world and yet they’re not a household name by any means- if I told my mum she’d be like, ‘Who are they? I’ve never heard of them!’”

Before leaving Introducing in 2010, the discovery of new bands had become a very different process to the early days, “Social media,” Bethan recognises, “proliferated everything to the extent of uncontrollability.”

“It’s such a time of change with the cuts everybody’s facing,” says Bethan. “I think sometimes cuts and shakeups can be really healthy because from the ashes of anything will come fresh ideas and a fresh start for somebody.” However industry cuts are not just affecting undiscovered music programmes, but also those that broadcast in Welsh, the language Bethan grew up with and is fiercely passionate about.

She remembers the other night at a gig where a support band was mocking Cardiff’s bilingual road signs. “I think it’s easy to take the mick,” says Bethan solemnly. “But all of those things give the language more status. People complain about it in Wales. If they don’t speak Welsh they complain that all this money is wasted on the Welsh language and it’s just disgusting,” she shakes her head. “It disgusts me.”

Bethan has supported the Welsh language through several media outlets. “I’m a very small pawn in a big chess board,” she admits, “You know, I have no qualms at all about playing Welsh language records on an English station like Radio Wales. I’ve played loads in the last couple of weeks, that’s my way of supporting it.”

Bethan is keeping herself busy. Her current show on Radio Wales will be revamped next year and she has recently been working with BBC 4 as a researcher for archive music documentaries. She has just finished a series called New Power Generation about black artists ranging from from Janet Jackson to Lionel Richie, “It’s expanding my world,” Bethan explains. “To go from doing 11 years of checking out new bands to suddenly learning about music in a new way.”

Bethan is positive when reflecting on past experiences and future opportunities, “11 years at Radio 1 came to an end but the opportunities I’ve had and the stuff I’ve done since amazed me. Sometimes you can not do something, not because you’re afraid of the next step, but because you’re holding on. I was definitely holding on to what I was doing because I loved it so much.”

This last year has been a year of big change for Bethan both professionally and personally, “In many ways,” she smiles. “I’ve had the best year of my life to be honest.” 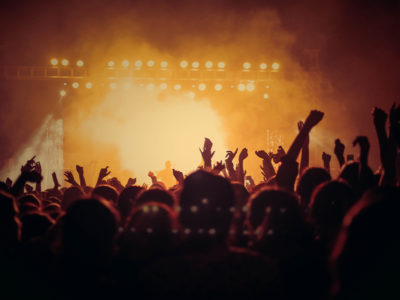