Home > Culture > Getting a saw to sing

Getting a saw to sing

“Not just a piece of metal”. Francesca Simmons’s musical saw is creating harmonies – not harming trees.

We are told to find an edge that stands out from the crowd. For Francesca Simmons, a classically-trained multi-instrumentalist, hers lay in the garden shed.

To prepare for an interview at Oxfordshire-based Gifford’s Circus in 2009, Simmons learned the musical saw – an instrument famously played by Marlene Dietrich in WW2. Today, she performs music on it from Welsh folk songs like Ar Hyd y Nos to Elvis Presley’s Love Me Tender.

“My saw is a little larger than a garden saw and still has its teeth”, she explains.

Drawn by a bow, like a cello, Simmons says her saw has a certain range of notes and its tone is exceptionally pure.

“It sounds so strange, but so natural; so mundane, but so special”, she says.

“Not just a piece of metal”. Francesca Simmons’s musical saw is creating harmonies – not harming trees. 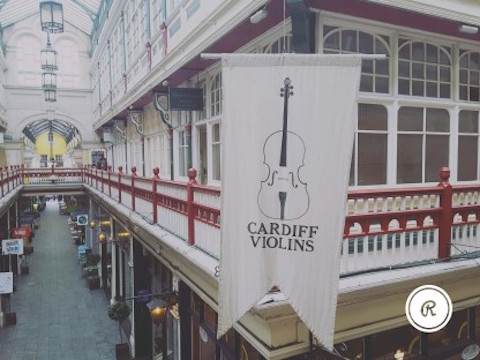 Embrace the beat of Indian music

Piano trio play the old and the new
Share