Percussionist Joby Burgess captivates his audience with a combination of drums, synthesizers, sampling and looping, accompanied by bespoke film

Internationally celebrated percussionist Joby Burgess will be serving up an audio-visual treat at the Royal Welsh College of Music and Drama on 15 November.

Burgess and multimedia collective, Powerplant, will feed the audience a concoction of explosive drumming, looped xylosynth, and audio clips of American presidents.

Burgess commented, “We like to respond to and involve our audience and this time we’ll be using our audience to create a live piece by sampling voices from the crowd.”

The show will begin at 7.30pm and tickets cost £12 for adults and £10 for concessions. Students living in Liberty Living Accommodation pay just £3 by quoting their Accommodation Reference Number. 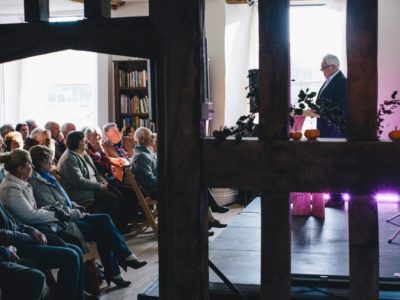