Craft beer popularity on the rise as new pub opens 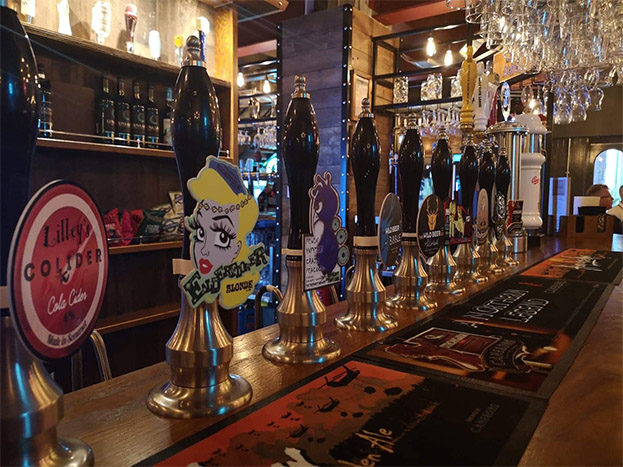 Beers from local breweries are making a come-back

In a craft brewery boom, Cardiff’s newest pub stocks craft beers and ales from local breweries alongside the typical and popular choices from much larger international corporations.

To the backdrop of a mural of Cardiff’s skyline, local artwork and classic rock music, Head of Steam offers a variety of local beers, international beers and trappist beers – brewed by monks as part of the process – and opened earlier this week on Church Street in Cardiff city centre.

Wales has an interesting history of beer creation and appreciation, especially as the Llanelli based Felinfoel Brewery was the first brewery in the world to produce and sell beer in cans. It is only recently, however, that local Welsh beers have been put at the forefront alongside the big names of international ales.

Head of Steam tries to show off both international and local beers, said supervisor Owain Hawkins, including local beer Crazy Peacock from a local brewery in Trefforest and beers from popular British favourite Theakston Brewery.

Bartenders in Head of Steam encourage customers to try the beers they are interested in and staff will happily talk through the flavours to ensure customers choose a beer that suits them, said Owain. Head of Steam focuses on both local beers and international beers

He believes drinking beer is about the experience. “It’s not just about beer, it’s about the authenticity, certain companies like their beer served a certain way, the right way.

Head of Steam serves beer in branded, authentic glasses, dependent on the type of beer, and also offer beer tapas, selected meals from their extensive food menu that are paired with beer recommended by a beer sommelier who has matched the beer to the meal chosen.

More specialist beers can be served in ½ pint, ⅓ pint and ⅔ pint glasses, allowing customers to try small glasses of a range of beers from Wales or around the world.

The Welsh government says brewing and fermenting local beer is a strength for Welsh identity and with the emphasis on local beers in new pubs, local ales and craft beer are certainly making a comeback. 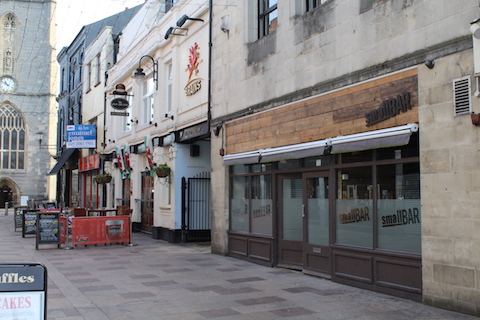