Home > Food > In Depth: Cardiff and the celebrity restaurant

In Depth: Cardiff and the celebrity restaurant

Jamie Oliver: Owns 23 Jamie’s Italian’s across the country and two more in Sydney and Dubai. He also owns restaurant’s Fifteen and Barbecoa in London.

Gordon Ramsay: Owns 12 restaurants in the UK including Ramsay, York and Albany.

Over the past few years, the development of Cardiff’s city centre has been thriving. With the opening of St David’s 2 and the redevelopment of Mill Lane, the Welsh capital has never had more to offer to its residents and visitors. Now it seems that three-time Michelin star-awarded chef Marco Pierre White could want a slice of the action. Bristol based company, Sanguine Hospitality are in talks to include one of Pierre White’s MPW: Steakhouse and Grill restaurants as part of a £9 million redevelopment of Queen Street’s Dominions House which they plan to convert into a three star hotel. If the deal does go through, this would be a big draw for Cardiff’s tourism industry, but could this be at the expense of smaller, independent restaurants?

Ed Townsend, Head of PR at Cardiff and Co, who promote the city, thinks that the development of the Dominions House is a great idea saying, “Cardiff is developing rapidly and the only thing it is lacking is a Michelin Star, if Marco Pierre White does open a restaurant then it can only benefit the city.”

Townsend also believes that the development of big name restaurants such as Pierre White will not have an adverse effect on smaller scale businesses because there is a large demand for more restaurants saying, “Cardiff has a growing market for restaurants. The company who is looking to turn the Dominions into a hotel are clearly confident that there will be business to be had”.

But is it as clear-cut as this? Cardiff and Co may be welcoming the development with open arms but will Cardiff’s longer serving restaurants feel the same way?

2 years ago, Jamie Oliver decided to open a Cardiff branch of his chain of affordable high street restaurants, Jamie’s Italian. Never without a queue on a Saturday night, Cardiff can’t seem to get enough of the celebrity chef endorsed dining experience. Sarah Smith, manager at Jamie’s Italian, claims that there was hostility toward the restaurant when it first opened. “You have quite a few independents around here and there was a lot of vicious rumours flying around about the restaurant when it first opened” she said. As Cardiff’s first celebrity chain restaurant, it is perhaps unsurprising that with no direct competition, the Cardiff branch is one of Jamie’s most profitable.

The independents fight back

One restaurant Smith could be referring to is Giovanni’s who, after 26 years in the business, suddenly found itself in direct competition with Jamie’s Italian.

Massimo Fraioli, manager of Giovanni’s, is defiant that having a popular restaurant across the way is a bad thing. Fraioli explains, “In the beginning there was a change, maybe because it’s Jamie Oliver, but a couple of months later it went back to normal.” He even found that people queuing for Jamie’s gave up with waiting and decided to dine at Giovanni’s, “They run over to see how long it is to wait for food here because they’ve been queuing for half an hour.”

Fraioli also believes that after nearly 30 years, Giovanni’s has made a name for itself by providing a traditional Italian experience, “People come here because we make food like mama used to.” Smith, however, doesn’t see Giovanni’s as direct competition, affectionately saying “Giovanni’s, bless them- they’ve been there for ages but they’re more like an institution than competition.”

A new source of competition could be The Corner House, adjacent to Jamie’s, which opened last Friday. Restaurant manager Matt Barker isn’t worried about competition from Jamie’s or the proposed MPW: Steak House and Grill saying, “I think that lots of people are drawn to these restaurants because of the name but it doesn’t necessarily mean they’ll have a good meal there.” Barker believes the name of a restaurant doesn’t stand tall when it comes to returning custom saying, “The reason people go back to restaurants time and time again is good quality food and good service, the name of a restaurant is regardless.”

With Cardiff’s development rapidly expanding, plans to increase tourism and attraction to the capital seems high on the city’s agenda. The proposed plans of the MPW: Steak House and Grill will boast affordable, Michelin star approved cuisine and a roof top terrace overlooking Cardiff’s skyline. Smaller, independent restaurants simply can’t afford to compete with these attractions. So far they haven’t admitted defeat and don’t seem to be threatened by the increased level of interest in Cardiff from big name restaurateurs. For now at least, the independents stay unharmed.

Jamie Oliver: Owns 23 Jamie’s Italian’s across the country and two more in Sydney and Dubai. He also owns restaurant’s Fifteen and Barbecoa in London.

Gordon Ramsay: Owns 12 restaurants in the UK including Ramsay, York and Albany. 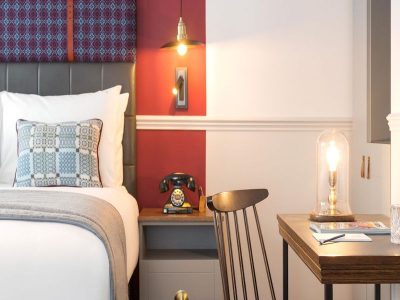 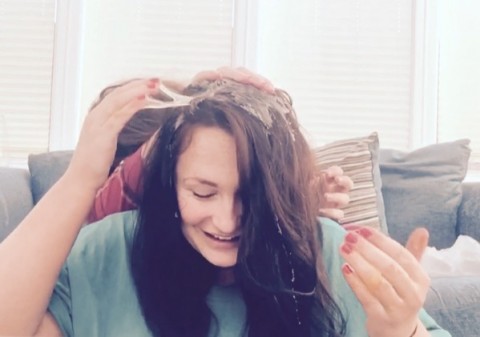