Are we looking at food, or a morgue?

The issue of animal rights has long been a hard-fought battleground, and members of Cardiff Animal Rights (CAR) group certainly had impassioned views on the subject, with one unnamed individual likening the slaughtering of animals to “humane rape” at their recent general meeting.

It goes to show from the outset the passion surrounding claims of ethical meat-eating. From all corners in recent years there has been an outspoken push from politicians, chefs, and campaigners alike championing the cause of animal welfare in the food industry. Some of this has been engrained into the public consciousness, with free-range produce now an ordinary sight in our supermarkets.

However, the “humane rape” attitude is not shared by everyone at CAR: “Let me be clear: as a group we welcome meat-eaters, and I believe that any meat-eaters could contribute in a very positive way to the issue of animal rights,” says chairman Dom Spens.

“It is up to the individual to decide what they believe, for example I believe that you can be a more ethical meat-eater, but for me personally you are still killing an animal, which I value as unethical,” he continued.

For some, free-range produce is not enough, and choose to become vegetarian as a form of protest against the meat-cultivation industry. Recently, Cardiff’s own Ethical Chef Deri Reed was embroiled in controversy as his business attempted to integrate ‘ethically produced’ meat in its menus, and was forced to make a sharp U-turn amongst heavy criticism. Even the concept of the Islamic ‘halal’ approach to meat cultivation does not solve the issue: “I don’t think vets would support the theory that the ‘halal’ slaughter of animals is less painful,” says another CAR member.

“What I argue is people should know how the animals they eat are slaughtered; it might make people think twice,” they said.

In a recent article on Wales Online, Afzal Kahn, owner of the Spice Route brand in Cardiff, had this to say: “Halal is not just about the slaughter but is also about the caring and rearing of the animal.”

Halal dietary guidelines dictate that animals must be cared for and slaughtered in the most painless and humane way possible. As a result, Kahn claims that halal is not only better in terms of ethical production, but also in the taste: “Many suggest that halal food is a better taste and quality. The halal market is huge in Cardiff and is something which will continue to grow in the future.”

Additionally, with the popularity of free-range produce on the rise in spite of the higher cost of such meat in tough economic times, the paradigm of meat consumption has truly shifted. Now, with the concept of ‘free-range’ more centrally located in the public consciousness, after well-publicised exposés from TV chefs such as Jamie Oliver, Hugh Fernley-Whittingstall and Gordon Ramsay all championing the adoption of free-range produce in the UK, the focus has moved to providing happy and well-nurtured lives for the animals that are destined for the dinner plate.

It is no coincidence that the Department for Environment, Food & Rural Affairs (DEFRA) has set out guidelines for animal welfare, for example in their publication The welfare of hens in free range systems, in part as a response to this pressure. It means that whilst there is no legislation on the horizon to designate free-range as a required industry standard, legislative measures have certainly moved up a notch in recent times to regulate producers who rear free-range animals.

Of course, if we distill the two viewpoints down to the basic matter, it is this: is the slaughter of animals an ethical practice?

Brian Morgan, a 64-year-old butcher who boasts a 30-year wealth of experience in meat cultivation and vending, disagrees with the idea that slaughter is unethical: “Of course I’m biased; this is what I do.

“Meat is a vital part of people’s diets [it provides essential proteins and fats for the human body to function properly], and to deny your body that nutrition is tantamount to starvation,” he poses.

Brian’s argument centres around the presumption that natural amino acids from varied sources of meat are healthier than relying upon artificial or incomplete sources. It is an argument that has significant support from nutritional experts around the world: “Everyone is entitled to their opinion. But it comes down to the fact that humans are meat-eaters by evolution, so eating meat is logically the best way to feed yourself.

“All the meat you find here is free-range and of the highest quality. If it does not come up to standard, I send it back to the supplier. Ethical slaughtering should involve stunning the animal first. Besides, I know my customers choose me because of these standards: there’s no question of the meat’s history” he says.

It seems that on both sides of the fence there is consensus that ethical behaviour should dictate the standard of cultivation, however there remains polarisation when the issue of ending an animal’s life is raised.

Given the contrasting nature of backgrounds of people who wrestle with this issue, it seems that a clear answer to what constitutes ‘ethical’ and ‘unethical’ meat consumption is unlikely to definitively emerge soon. But in today’s ever-globalised market that offers more and more choice of produce, the ability to freely choose how we conduct our consumption of meat is now upon us. 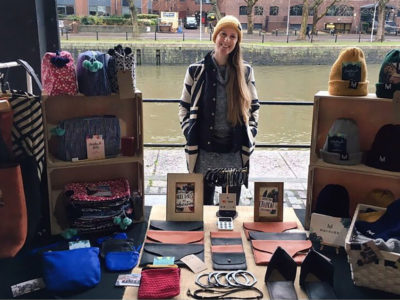 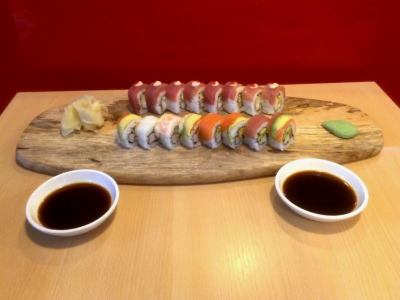