Home > In Poverty > #InPoverty: How is a rise in alcohol pricing going to hit those worst off?

What do people in Wales think about minimum alcohol pricing?

As part of the research performed before implementing the minimum alcohol pricing bill, the Welsh Government researched public attitudes to it. A survey of 1,012 people was taken to determine whether they agreed with it, and whether they thought it would work. They found:

How much will drinks actually be affected?

We took a look at four different types of alcohol to see how much the price could rise by with a 50p minimum price per unit. 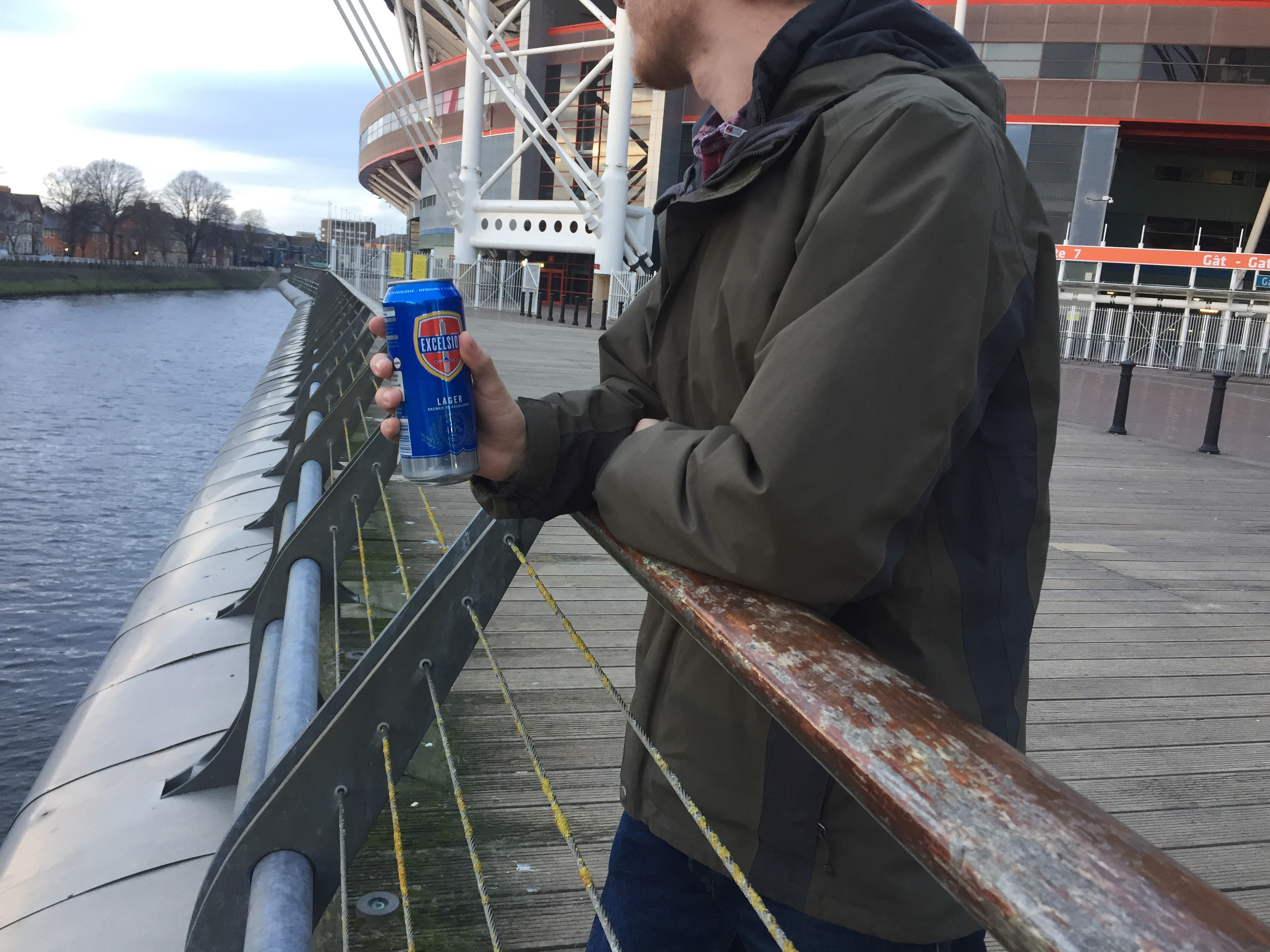 Is it fair that those with less money will no longer be able to buy cheap alcohol?

Budget brands and cheap options are essential for those in poverty. Take them away, and people have to choose between spending more money or going without. Alcohol is no exception; it’s an integral part of our culture, whether we like it or not. You can currently buy alcohol for as little as 16p per unit — a viable option for those with not a lot of cash to spare.

However in Wales, the price will soon be going up. The Welsh Government is trying to lessen alcohol’s grip on the country by introducing a new law that will mean there is a minimum price — most likely 50p per unit.

Dr Chrissie Pickin, chair of the National Alcohol Misuse Prevention Partnership and executive director for Health and Wellbeing at Public Health Wales said: “As a society and as individuals we pay a heavy price for cheap alcohol, which harms the most vulnerable in society the most.”

The aim of minimum alcohol pricing is to put people off buying as much booze, therefore stopping them from drinking as much. The strategy will come to Wales in summer 2019, after legislation was approved by AMs earlier this year.

On average approximately 355 people die from alcohol-specific reasons in Wales every year according to the Office for National Statistics. The bill was passed after the Sheffield Alcohol Research Group (SARG) at Sheffield University informed the Welsh Government that with a 50p per unit minimum there would be 53 fewer deaths per year in Wales as well as 1,400 fewer hospital admissions and 3,700 fewer crimes. Though the bill claims to target people with hazardous drinking habits across the board, it will be people in poverty who are affected the most.

Chris Snowdon, head of lifestyle economics at the Institute of Economic Affairs told City AM: “Minimum alcohol pricing is a policy that clobbers the poor and exempts the rich. Most of the beer, cider and spirits sold in the off-trade will become more expensive under a 50p minimum price, but doctors and politicians can relax. The champagne at their Christmas parties will not be affected.”

“Nobody’s pretending it’s going to be a silver bullet”

Those in favour of the bill say that the target of minimum alcohol pricing is alcohol that can be bought cheaply and in large quantities, and that there is a particular group of people who they hope it will affect.

Dai Lloyd AM is the chair of the Health, Social Care and Sport Committee in the National Assembly for Wales. He said: “Our target audience is people who are drinking large and hazardous amounts now that aren’t actually alcoholic yet. It is to stop them slipping into alcohol so they stop buying these high volume large bottles.” Some alcohol will hardly be affected, but others in multipacks and stronger alcohol will see a big price rise

Dai denied that people on low income backgrounds would be hit disproportionately; other assembly members appear certain that this minimum alcohol pricing work. The theory is that strong ciders and lagers are bought by young people and problem drinkers, and with the higher price they will now be put off buying them.

However, as this is such a new thing for the UK, there is very little concrete evidence to show what effects minimum alcohol pricing will have.

Scotland have had minimum alcohol laws set in place since May of this year but it’s too soon to tell if it is working yet. Both Wales and Scotland have based their decisions on computer modelling and academic predictions from Sheffield University’s research.

One worry that even the hardest supporters have is that people will simply replace one vice with another. As illegal drugs are unregulated, they can therefore be found cheap and readily available.

It is unclear whether taking away booze will affect drug use, but it’s certainly a concern.

Chief executive of Huggard House, Richard Edwards told the BBC: “For some of Wales’ most vulnerable people, who are already struggling with an alcohol addiction, it may push them towards cheap and readily available illegal drugs.”

He said people in poverty with addictions will need to find extra money to keep buying drinks, or else switch to other substances.

“Raising pricing alone, for legal drugs such as alcohol, may simply change one addiction for another and condemn people to a more entrenched and desperate life on the streets.”

Not a cure-all solution

The increased price is not a tax as Wales does not have the devolved power to implement this. Instead the extra money will all be going straight to the shops who sell it.

The Welsh Government is suggesting to supermarkets that they donate the money to drug and alcohol services in Wales, although this is not mandatory.

Dai Lloyd wishes there were more the Welsh Government could do to help people with addictions, but hopes that this bill will mean fewer people become addicted in the first place.

He said: “Nobody’s pretending it’s going to be a silver bullet but evidence suggests that if we make alcohol more expensive and more difficult to get hold of, people drink less of it.”

The scheme will undoubtedly go one of two ways: people will drink less because they can no longer afford it, or they will continue to spend even more money than before. Without budget brands to rely on, more money may go towards alcohol, that would otherwise have been spent on housing, clothes and food.

What do people in Wales think about minimum alcohol pricing?

As part of the research performed before implementing the minimum alcohol pricing bill, the Welsh Government researched public attitudes to it. A survey of 1,012 people was taken to determine whether they agreed with it, and whether they thought it would work. They found:

How much will drinks actually be affected?

We took a look at four different types of alcohol to see how much the price could rise by with a 50p minimum price per unit.

#InPoverty: Does Wales’ asylum plan tie in with the reality of life as a refugee?
Share