Russell sorting out his comic books (photo by Wu Shen)

It is said that never take your hobby as your job. however, this isn’t always the case. Surrounded by piles of comic books and video games, Russell Williams looks like Peter Pan in his Neverland.

“I’ve always loved anime and video games, and I always want to have something to do with it.” As a company director of Otakuzoku, a Japanese manga and video game store, his dream comes true.

Otakuzoku is a Japanese word meaning geek. Its connotation changed when it came to the west; it refers to people with obsessive interests in Japanese anime, manga or video games. Russell admits that he is an Otaku himself.

The shop owner showed his first affection to Japanese animation when he was eight. “It was Hayao Miyasaki’s Castle in the Sky,” he confessed. At that time, Japanese anime was not at all popular in the west. “It was really fringed and underground thing.”

Most people tended to think that it was just teenagers watching cartoon. “The animators definitely won’t aim at kids, they put violence, gore and sex into a video,” the Otaku tries to remove the misinterpreting, “like Akira, Ghost in the Shell, Devil Man, Demon City, and Monster City.” He calls it “beer and curry”. Russell comes alive when talking about his favourite cartoons.

The craziest thing he ever did for animation was to take a lift to Cardiff several years ago, when he heard there was a showing of Perfect Blue in an animation festival. “I’d never been to Cardiff, and didn’t know my way around.” As a native Newport boy and introverted person, Russell described it as a “huge daunting experience”.

“Now Cardiff is everyday life to me.”

The Otakuzoku is an outcome of brainstorming. Russell and his friend Hadson started this shop in 2009, and then Tom came along. Now these three comic fans run the shop. “There’s nothing like it in the area,” he explains, “we wanted to do something different.” Indeed, there are plenty of comic shops, but none of them have a specialty in Japanese comics and video games.

According to Russell, owning this shop was a “turning point” of his life. “It is my first major job.” He describes his life before was boring and uneventful. Now he has an exciting life, dealing with different kinds of customers every day; “some are quiet and reserved, others are completely wild.” There’s a female customer he didn’t know for over a year that was actually a blond. “Every time I saw her, she was wearing a wig, it’s the first time I’ve ever seen her with her natural hair.”

What Russell found in anime is more than a lifelong hobby and a job. Japanese animation brought Russell and his girlfriend together. “I met her in the anime society,” Russell said, with a sweet smile on his face. They are both very into video games and anime. “We have awful lot in common, that’s why we get along so well.”

InterCardiff
InterCardiff looks at life in the Welsh capital through fresh eyes.
Tweets by @intercardiff

View Otakuzoku in a larger map 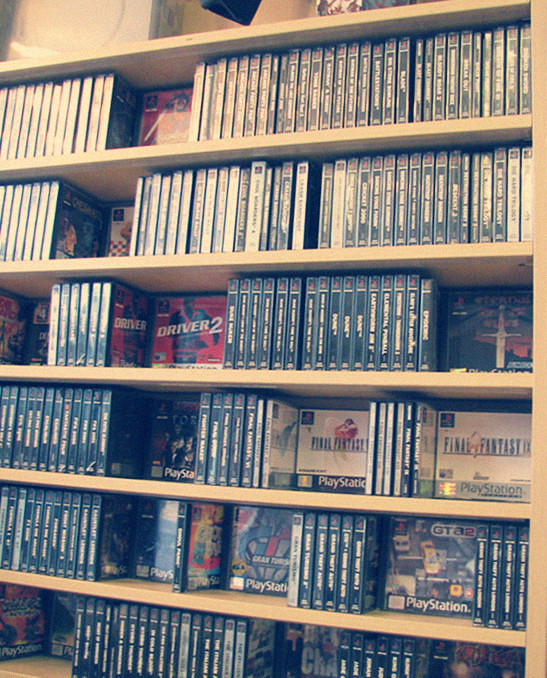