Redevelopment and Modernisation of Cardiff

Innovative new infrastructure projects are occurring all around Cardiff, in hope of making the capital a new central hub for Wales.

Cardiff Central train station is one of the main focus points of the redevelopments. (Source: Powell Dobson Architects)

All over Cardiff there are on-going constructions for a variety of developments, from housing properties to transportation. Cardiff is beginning to change to adapt to the modern demands of the world, and is growing to become a leading city in the UK, hoping to attract new businesses to the city, and at the same time improving the lives of its citizens.

During the 1980’s and early 90’s, the economy of Wales changed from a manufacturing and mining economy, to a tertiary economy that makes money from providing services and products to the public. “Cardiff’s role moved from an organiser of manufacturing, and mover of goods and coal, to being a service and retail hub. We’ve seen the services parts of the city develop much more quickly than parts with manufacturing,” said Calvin Jones, Economics Professor at Cardiff University.

East Moor steelworks, 1978, one of the leading manufacturers in the past. (Source: Tom Burnham, Flickr)

Cardiff has always been the main focus for Wales, and its economic focus has changed dramatically over the past 10 years. The biggest change that has occurred in the city is the development of the public sector, where there has been growth in the Welsh Government, the universities, and the council’s, which is faster than any of the other sectors. Companies serving the public sector have been particularly successful too, such as non-profit companies and social care. Thus, there is an increasing demand for new, modernised infrastructure to change the image of Cardiff, and to accommodate its growing economy.

One of the most ambitious projects ongoing is the redevelopment of the bus station, and in particularly the modernisation of Cardiff Central train station, as passenger numbers are predicted to exceed the stations capacity in less than a decade. This is part of a £1bn regeneration scheme known as Central Square, in which new offices, retail space and accommodation will be developed. This project has already created hundreds of jobs for construction, and is expected to bring more after the developments are finished.

The BBC will be moving their headquarters from Llandaff to the new Central Square, where it’s expected to have 50,000 visitors every year, and Cardiff University may potentially move some of its administration to the area too. “What you might see is a small, high-value creative and educational cluster emerge in the middle of Cardiff, which may attract new talent and firms to the city,” said Professor Jones. The project is expected to be completed by 2018.

The BBC HQ will be smaller than its current location, but with more facilities and functions. (Source: Rightacres Property)

Another project that has been approved is the South Wales Metro system, which is planned to extend all over South Wales by integrating current rail services, with new developed light rail and bus-based public transport. This project is expected to extended as far as Bridgend, Merthyr Tydfil and the Severn Tunnel Junction, and will increase the rapidness of transportation service for areas outside of Cardiff, especially in the Valleys region.

The Metro system will be centred around the hub of Cardiff Central, and is expected to begin within the next 10-15 years. This development will allow people who commute to Cardiff for work easier access to the city, in which the Welsh Government believes will transform the economy of the Cardiff Capital Region.

Other major projects that are on-going or have been proposed include:

With the new developments of Cardiff underway, there are also plans to transform old buildings for new uses. Such examples include the Victorian-era Coal Exchange in Cardiff Bay, that was used in the past for trading coal in Cardiff. Finished in November 2016, the unused building has been developed into a grand hotel with a museum showing the history of the building and the Cardiff Docks, whilst retaining its history by preserving and incorporating its architecture. The aim is to attract more tourism to the city and increase jobs, as the hotel plans to open officially later on in 2017.

Another redevelopment that has been proposed is located at the Brains brewery site located behind Cardiff Central train station. This project, known as Central Quay, will have 3 million sq. feet of new restaurants, bars, shops, offices and apartments, and is expected to create thousands of jobs. Plans of the projects’ first buildings is expected to be submitted in summer 2017, with construction potentially starting in winter the same year if its approved. 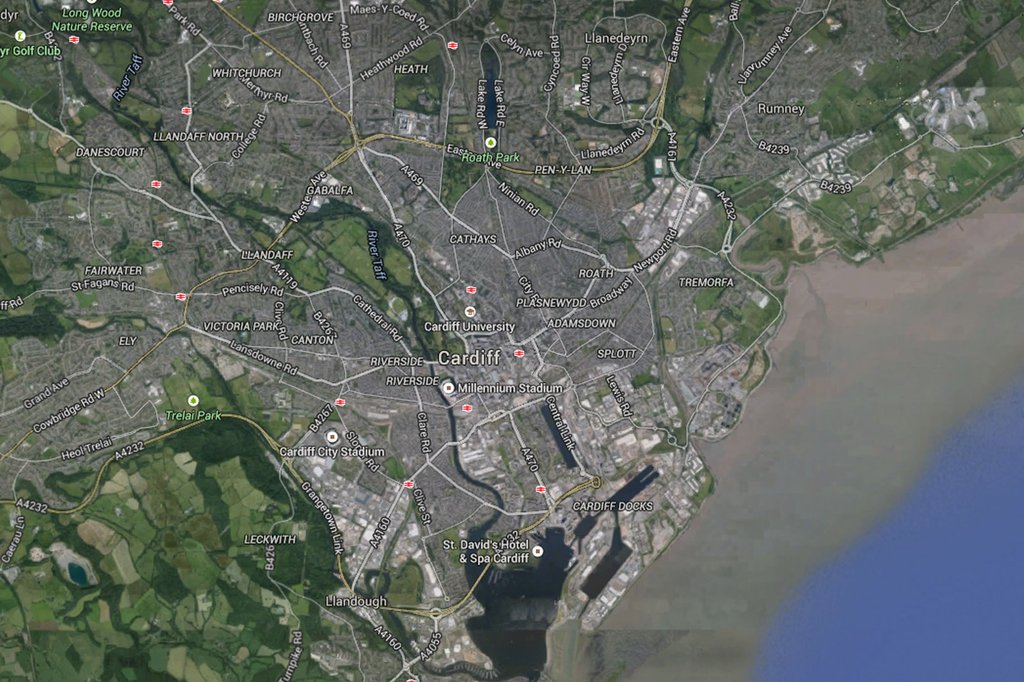 With the increasing focus on the development of Cardiff, more companies are moving away from other parts of Wales and into the city. Independent businesses, such as those located in the arcades, would face increasing competition from larger companies and could be at risk. “As a citizen, I am excited for the new developments going on in Cardiff and the improvements, but as a shop owner I am worried about the future of my business. It just won’t be possible for me to compete against bigger companies,” said one local business owner.

Within the next 20 years, Cardiff is expected to see a huge growth in business and its economy, but a drop in the creation of new businesses. However, the advantage that independent businesses have is their approach to collaboration with other smaller businesses to support each other, as well as the loyalty from customers. One customer at Spillers Records shop said: “I like coming here as it feels more real and relaxes. You have a connection with the staff and it’s a much friendlier environment compared to retailers on the high street.”

Campaigns such as ‘Small Business Saturday’ play a key role in supporting independent business owners, highlighting independent business success and encouraging consumers to shop locally within their communities. With the modernisation and development of Cardiff, the organisation is planning to increase the awareness of their campaign and support for smaller businesses by reaching out to more of the public through social media.

The plans for the redevelopment of Cardiff have taken into account all members of society, and the developments that are occurring or have been proposed are done so with the aim of improving the lives of everyone in Cardiff, and to promote the city around the UK. The constant change occurring in Cardiff has been done with the aim of creating a constantly adapting city that changes with the modern world.

Cardiff will change, and its role as a city will change. The goal for the next 20-30 years is for Cardiff to become a vibrant and leading city, that will attract people from all over the world, and establish itself as a landmark of modernisation.