Home > Global city > Is slavery still prevalent in the world?

Is slavery still prevalent in the world?

A message from Theresa May to slavery traffickers “We are coming after you”. While remembering and honoring the history, it’s worth being aware that Slavery never goes away.

Every year on 25th March, International Day of Remembrance of the Victims of Slavery and the Transatlantic Slave Trade provides the opportunity to honor and remember those 15 million men, women, and children who suffered and died in the slavery system, the transatlantic slave trade.

As one of the main ports that played a vital role of fitting out slave ships and handling the cargoes they brought back, Bristol transported over 500,000 people from Africa across the Atlantic throughout the 17th and 18th centuries. Instead of bringing slaves into Britain, slaves were actually transferred to America and worked for huge plantations, which may also explain why there are few traces left for people to explore in Bristol.  However, a slavery tour may help you find secrets hidden by these unassuming buildings and streets, to explore the dark history of this bright city. 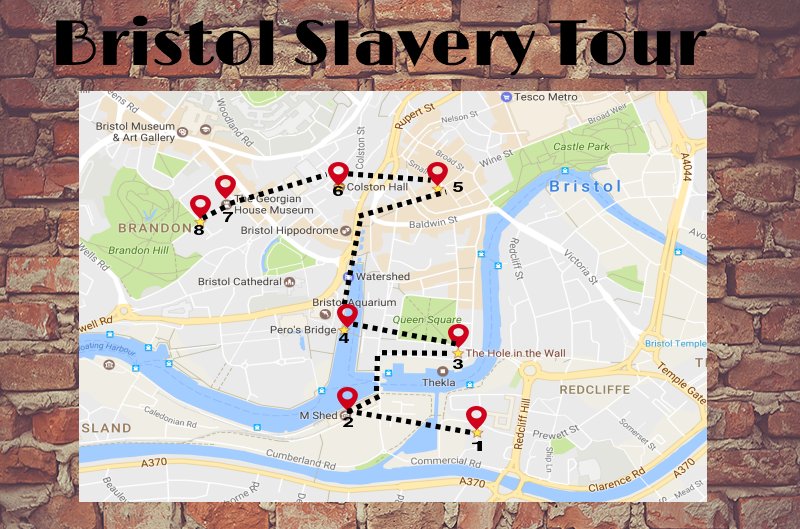 Many people may believe that remembering the history for reminding not to make the same mistakes is the only thing that needs to be done, which is totally wrong. Slavery still exists. It may appear that with the development of technology and globalisation, the world is getting more progressive, but there is still over 45 million human beings trapped in modern slavery, according to statistics provided by Anti-Slavery.

“Modern slavery in the UK is thriving. The British Government estimates that up to 13,000 people are in modern slavery in the UK today,” says Anti-Slavery, an international human rights campaign organization. “Most people are trafficked into the UK from overseas, but there is also a significant number of British nationals in slavery. The most common countries of origin are Albania, Vietnam, Nigeria, Romania and Poland.”

Anti-Slavery also suggests that “Most commonly people are trafficked into forced labour in industries such as agriculture construction, hospitality, manufacturing and car washes. Many women and girls are trafficked for sexual exploitation.”

Many people still have no clear awareness about the definition of Modern slavery, which should be “when a person is under control of another person, who applies violence and force to maintain that control, and the goal of that control is exploitation.”

To solve the growing issue of modern slavery, new Modern Slavery Act was passed in 2015 by UK government.

“We will use £33 million from our aid budget to focus on high risk countries, from where we know victims are regularly trafficked to the UK.” Said Prime Minister Theresa May in her speech in October 2016.  “ Let us send out this message. To the victims of modern slavery: we will not ignore your plight. We will not turn away. We will not shut our eyes and pretend your suffering does not exist.”

Klara Skrivankova, Anti-Slavery’s Europe Programme and Advocacy Co-ordinator analyzed: “A major shortcoming in the Act is the lack of an extraterritoriality of slavery offence. This means that a British citizen could abuse someone overseas and not be held to account back in UK.”

However, in the process of anti-modern slavery, Wales is leading the way. In March 2017, the ground-breaking Welsh Government Code Of Practice on Ethical Employment in Supply Chains was launched,aiming at creating a real-time transparency in Welsh public sector supply chains. At the same time, Officials in Wales are working with the Albanian authorities to tackle human trafficking.

“This new code of practice is a very welcomed step on the way to ensuring that Wales becomes a ‘fair work nation’” said Martin Mansfielf, Wales TUC General Secretary. “This code is an indication that Wales will not tolerate exploitation. Now we need similar action to ensure decent work and fair treatment are the only way in Wales.”