A not for profit company, IMAS aim to “enable people of all abilities to be equal members in clubs and communities using the power of sport and education.”

Amongst their recent projects was the International Mixed Ability Rugby Tournament, which featured twelve teams from eight countries – including the Swansea Gladiators as the sole Welsh representatives. The tournament took place in August 2017.

Although Rugby has been the most successful mixed ability sport so far, IMAS hope to replicate that success in seven other categories: 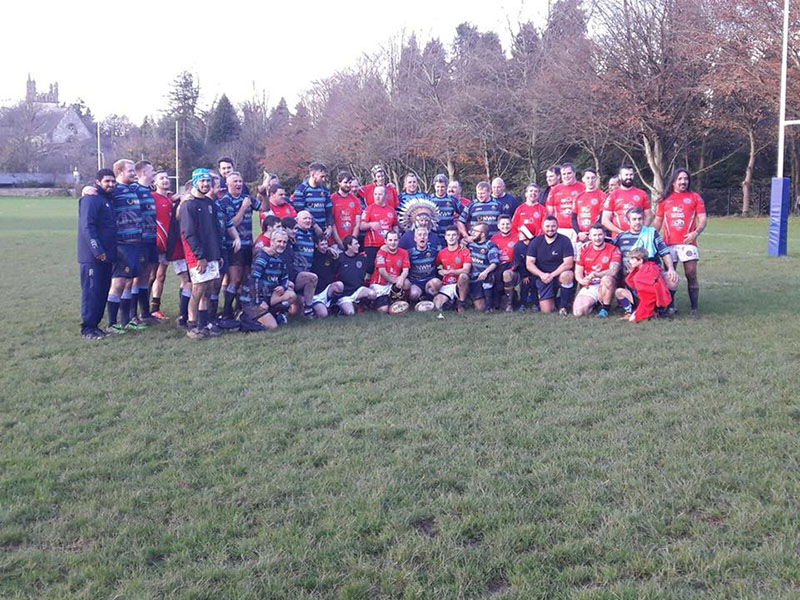 There’s a lot to be happy about in the world of disability sport, and Cardiff’s first mixed ability rugby team is the chief reason to celebrate On Saturday 25 November, Cardiff’s newest rugby team took to the field for their first ever match.

In what proved to be a closely fought encounter with the Llanelli Warriors, the newly formed Cardiff Chiefs showed each of the qualities they are named after (courage, humour, integrity, excellence, family and success) to emerge victorious by 26 points to 24.

It was a commendable result, but the significance of the final score paled in comparison to that of the event itself. Why? Because the Chiefs, who have only had a handful of training sessions, are Cardiff’s first ever mixed ability rugby team.

This is a form of rugby played by a team consisting of both fully abled players and players with learning difficulties, with rules that are almost identical to regular rugby union.

And although mixed ability rugby teams have existed in Wales since the early 1990’s it has taken until now for Cardiff to have a team of it’s own.

‘Long way off the pace’

Endaf Williams, one of the founders of the Chiefs, acknowledges that Cardiff is “a long way off the pace,” in getting involved, but he is keen to spread the word and draw in as many people as possible.

Endaf, who played as a fly-half in the first game and is the club secretary of Llandaff Rugby Club, claimed that although the London Paralympics in 2012 had given disability sport in Cardiff a major boost, a similar growth in mixed ability sport is long overdue. But he is optimistic that such growth is possible.

“In my view action is the best way to make things better,” he said. “It’s taken a few dedicated individuals to get the team up and running in Cardiff, but it’s only taken a few months for us to get to our first game.”

The formation of the Chiefs comes at a time when disability sport has found itself in the midst of a controversy regarding the classification of disabilities. Concerns that some paralympic athletes have misrepresented their disabilities in order to cheat the system recently forced the official body, World Para Athletics, to announce changes to some of the classifications.

But mixed ability rugby, and mixed ability sport in general, aims to prevent this kind of situation from occurring by removing classifications altogether.

The mixed ability community, International Mixed Ability Sports (IMAS), emphasises that the model is not about classifying levels of ability or separating disabled players into different tiers, saying, “We believe this focuses on what people cannot do, the emphasis in mixed ability sport is the inclusion of all players.”

And for Endaf, the advantages of this inclusive system are clear to see. Although he had little knowledge of the concept of mixed ability sport before becoming involved with the Chiefs, it did not take him long to witness its benefits.

He said, “As soon as I watched the first game I was blown away by the positive impact that the game could bring in terms of confidence through sport and social inclusion.”

One person who has benefited from this positive impact is Rob Carpenter, who played as a left winger in the first match and is the vice-captain of the squad. Rob spoke with enthusiasm about the Chiefs, describing playing the first match as “a really good feeling” whilst emphasising how well the team communicated with each other.

He also called for more people to join, saying, “if there’s anyone out there who’d like to play some Rugby, whether you’ve got a disability or not, or if you’ve got any rugby experience or not, it’s a really good opportunity for you.” Meanwhile, the Chiefs’ foundation has been welcomed by Joanna Coates-McGrath, the Disability Sport Wales officer for Sport Cardiff.

She claimed, “There are less competitive opportunities for disabled people, so teams like the Cardiff Chiefs are fantastic to help increase that. It’s very exciting and I am keen to encourage more players to get involved.”

Joanna also pointed to other examples of teams and events in Cardiff in which disabled and non-disabled people compete alongside each other.

Amongst these is Archers Wheelchair Basketball team, who describe their sport as exciting and dynamic, highlighting that it can be played by people of any age, with or without disabilities. The Archers were formed in 2002, and their continued success is further proof of the potential of mixed ability sport in Cardiff.

The capital has seen a continued rise in the participation of disabled people in sport in recent years, with Joanna reporting a steady 4% annual increase in disabled people’s sports club membership, and with teams like the Chiefs proving to be a success, it seems likely that this will continue.

Therefore when the team take to the field for their second match against the Swansea Gladiators on 3 February next year, they can do so knowing that they are already having a positive impact.

And they will also go into the match hoping for another good performance and win, an ambition that Rob thinks is well within reach. Speaking about his team’s chances, the vice-captain said, “I think we can win. And I think if we train as hard as we have been, we’ll be an unstoppable force.”

A not for profit company, IMAS aim to “enable people of all abilities to be equal members in clubs and communities using the power of sport and education.”

Amongst their recent projects was the International Mixed Ability Rugby Tournament, which featured twelve teams from eight countries – including the Swansea Gladiators as the sole Welsh representatives. The tournament took place in August 2017.

Although Rugby has been the most successful mixed ability sport so far, IMAS hope to replicate that success in seven other categories: 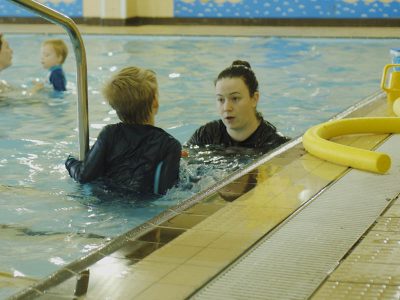