A member who had never thrown before created this perfectly shaped bowl with its appealing design. An eye-catching and detailed sculpture created by one of the workshop members.

Visit their website for membership prices and to join. 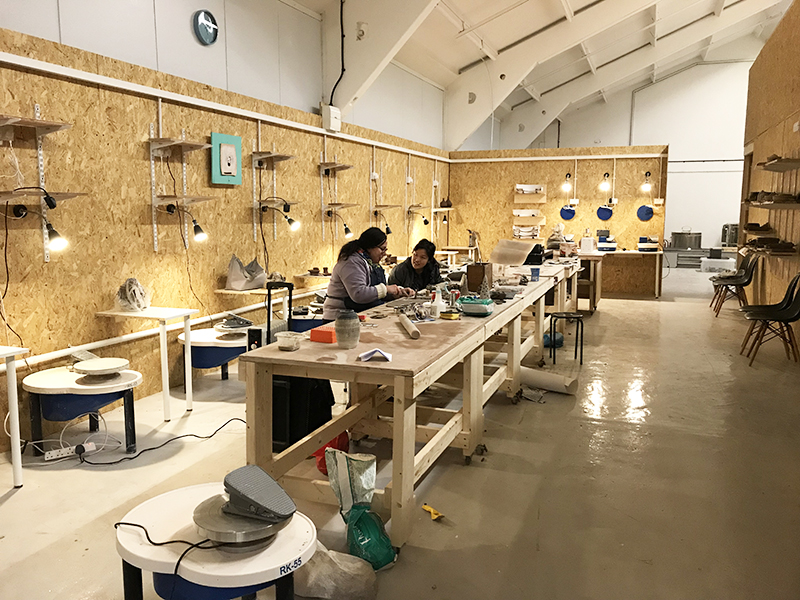 The owner of a local creative company has started hosting public, pottery workshops to engage the subject and keep it alive in Wales An artistic practice involving clay is declining in Wales according to a local ceramicist. To target this, a Cardiff-based creative company aims to engage pottery within the community.

Cardiff Pottery Workshops Foundation is home to classes and memberships which cultivate the subject within the city to target the lack of the practice.

The Foundation was established in June 2017 at The Sustainable Studio. It moved to Freemans Parc, Penarth Road one week ago and is now a Community Interest Company (CIC).

CIC’s were introduced by the government for businesses who want to use their facilities for public benefit.

Owner of the Foundation and ceramicist Kelly Campbell noticed the absence of pottery while teaching.

She said: “I had taught ceramics for years and I could see its decline.

“I thought I could actually do something where I could keep those skills going.”

Kelly started the workshops so people who train in pottery have somewhere to continue it.

“It’s like training to be a chef and not having a kitchen to cook in,” she added, “it doesn’t matter how good you are if you haven’t got the facilities to carry on and practice.” Members Heike Perrawt (left) and Melissa Yap (right) both love being able to come to the studio and do pottery whenever they want.

Three types of workshops are available which include one-off Saturday classes, six-week throwing courses and hand-building lessons. The Foundation holds nine classes per week which each have a capacity of 10 people.

Similar to a gym membership, the company offers a pottery membership which includes three contract prices. The studio can also be hired as an alternative activity for hen parties.

Forty-six-year-old Heike Perrawt was one of the first members to join the Foundation.

She purchased the membership to tackle loneliness and occupy her weekends.

Heike encourages people in Cardiff to take up pottery for these reasons.

“I enjoy everything,” she said, “working with my hands and the challenge of starting off with a lump of mud.”

A member who had never thrown before created this perfectly shaped bowl with its appealing design.

An eye-catching and detailed sculpture created by one of the workshop members.

Visit their website for membership prices and to join.