A look at Toni’s works Find out more about Toni and his works on his website. 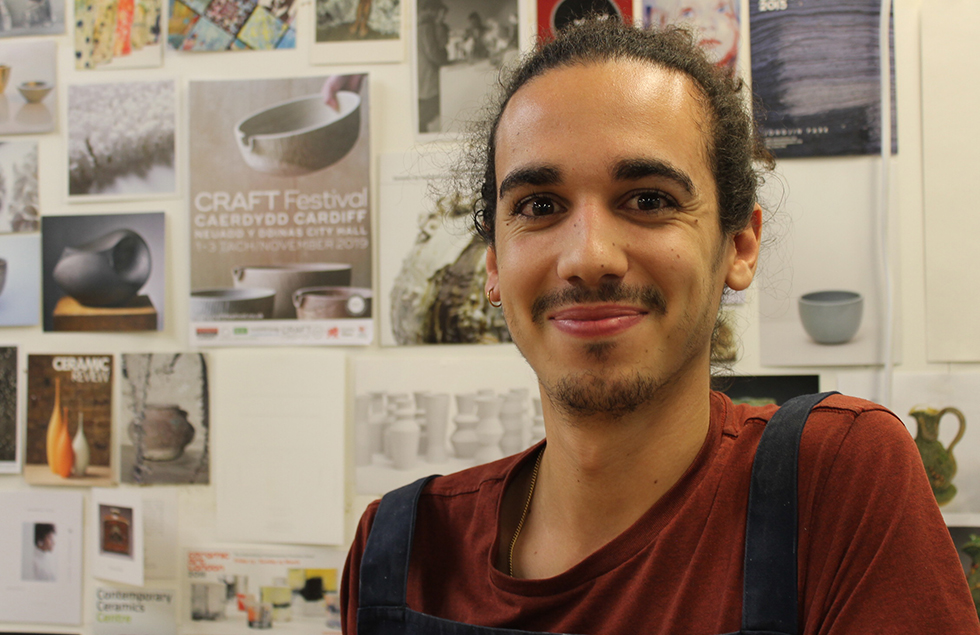 Toni de Jesus, 24, is a British-Portuguese ceramicist based in Canton, Cardiff, whose art isn’t afraid to speak. His desk is surrounded by many pieces of work which display several different shapes, styles and dimensions, but only one personality – his.

“I like to think that I’m quite a sensible person,” he says, as he brings over two ceramics cups, of his own making, filled with warm tea.

Born in Crawley to Portuguese parents, Toni was recently announced as one of four winners of the FRESH award at the British Ceramics Biennial 2019, for the best up-and-coming ceramics artists.

Toni and his family moved back to Madeira, just six years after he was born to give him and his brother the same upbringing as them, he explains.

“I did all my primary and secondary education in Portugal but then my mum wanted to go back to the UK,” he says, his eyes floating about looking for memories. “Things were very different, we grew up in the countryside, so we had a very different lifestyle in Portugal. We didn’t have phones, computers, but instead we played outside with our cousins and friends and did loads of exploring.”

Fourth grade of school, when Toni was 9 years old is not among his favourite memories, a time when he first experienced bullying. “That was quite a tough year for me, we were starting to think about what we wanted to do in our lives, and I remember I wanted to be a hairdresser, which was kind of a killer for me.” He continues, “I even had a kid telling me that he would kill me if he could.”

Toni moved back to the UK, when he was about 13 years old with a burning desire to fly airplanes.

“At that point, I had decided I wanted to become a pilot, so in college I was doing lots of chemistry and maths,” he says, giggling to himself, “but I really liked ceramics and that college was probably the only one in Crawley where you could do ceramics, so I think destiny kind of picked my path.”

A young ceramicist in Cardiff

Toni moved to Cardiff to do a foundation year at Cardiff Metropolitan University and later joined the Ceramics undergraduate degree. Despite not knowing the city well, Toni found Cardiff an exciting place to live and develop his art.

“Cardiff has a nice community of ceramicists,” he explains. “The ceramics community, in general, is very close knit in the UK and Europe, and if you attend events, even well-known artists start recognising you.”

“We didn’t have phones, computers, but instead we played outside with our cousins and friends and did loads of exploring”

Toni talks about the inspiration for his works as something that comes from anything and everything that surrounds him: another artist, a museum, a video or a pebble on the street. There is one thing he finds most interesting to reproduce in his art – the questions surrounding ceramics as a craft material.

“Crafts tends to be overlooked as a term and as an activity, it’s placed within a spectrum in which fine arts is one of the most elitist, while crafts is often considered as something done by women in their spare time and gets overlooked. I like questioning those things and producing work surrounded by those queries.”

A look at Toni’s works

Find out more about Toni and his works on his website. 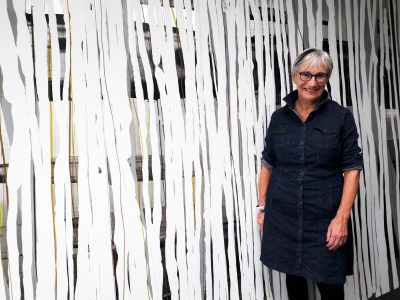