For more information on the history of Welsh baseball go to these sites: 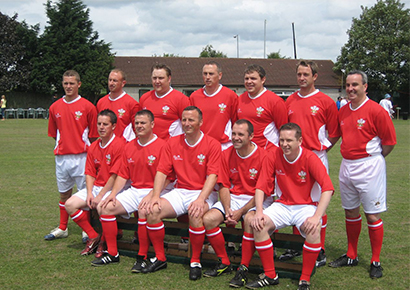 The traditional game of Welsh baseball is on the decline. Normally England and Wales compete in an annual match but last year was the first year since 1908, with the exception of two world wars, it didn’t happen. This was because of a lack of interest and the English not being able to put a team together.

The Welsh Baseball Union spokesperson, Mark Jones, described it as a ‘terrific blow.’ When asked whether next years game would happen, Mike Dacey, the Chairman of the Welsh Baseball Board said, “I doubt it very much.”

However, there are efforts to revitalise the game. The board has links with Cardiff Metropolitan University as as well as several primary schools which they have surveyed to measure levels of the sport. Mike says the board has been quite successful at getting new players and is focusing on encouraging grass roots participation.

Although the annual game between England and Wales used to still be televised in the 1980s, the sports popularity has continued to decline. While once popular in the beginning of the 20th century, it now only remains so in South Wales (in Cardiff and Newport in particular) and Liverpool. This is due to a needing large areas of flat land which are not present in the Valleys, and competition from other sports.

If enough interest doesn’t return to the sport, Mike said the once annually contested Gladstone Rose Bowl trophy may end up in a traditional sports museum.

For more information on the history of Welsh baseball go to these sites: