Porth Teigr is the 38-acre property project supported by the Welsh government. Located in Cardiff bay it has already overseen the construction of the BBC studios, The Doctor Who experience and World of Boats. Currently under development is the Centre for Creative Industries, a creative hub due to be completed in 2014.

As part of the scheme The Building a Creative Nation programme launched on the 6 December in the Millennium Centre. Its aim is to create hundreds of arts and media jobs in 1,000 days.

Heads are turning and cameras are out in force for there is a 1960s police box situated on top of the South East turret at Cardiff Castle. The reason? It is the Day of the Doctor and the Tardis has materialised in celebration of the iconic show’s 50th anniversary.

Attracting over 200,000 fans a year, the programme, which is filmed in Cardiff, has had a big impact on the city’s economy and culture. But the celebratory hype comes at a similar time to the Welsh government announcing cuts to the art sector. “Often seen as the poor cousin of the arts,” TV production will either become their support mechanism or stand alone as the cultural elite.

Cardiff became a major centre for the creative industries when the BBC built a studio at Roath Lock in September 2011, this occurred after a commitment was made to double its television network production from Wales by 2016. Popular shows now produced in Wales include Doctor Who, Wizards Vs. Aliens, Casualty, Torchwood and Sherlock.

The popularity of these programmes continues long after a series has finished, attractions such as The Doctor Who Experience and Torchwood Tower in Cardiff Bay welcome tourists all year long.

A single series can bring in millions of pounds to the Welsh economy, with the production using Wales-based crew, facilities and accommodation. On average a typical drama series can shoot for around 150 days and employ around 200 local cast and crew.

“Productions such as Doctor Who and Torchwood are not only important to the economy of Wales and to the skills of the local crew base, but they raise the profile of Cardiff when they are sold internationally,” she says.

Penny explains that although the impact these shows have on tourism is still being evaluated, it is clear they have had a huge affect on Cardiff’s culture. Brit Movie Tours offer excursions that travel the locations of the sets used in series such as Gavin and Stacey and the number of people still visiting the shrine of Torchwood character, Ianto in Cardiff Bay, is apparently “phenomenal.”

The Welsh government has recently announced it will be cutting grants that fund the art sector; whilst director of creative learning at The Sherman Theatre, Phil Mackenzie, claims that the work he does with young people has not been influenced by the city’s television productions.

Currently the cultural elite, it comes as no surprise that the art sector feels negatively towards Cardiff’s ever-growing TV programmes. However, Dai Lewis assistant programme floor manager at S4C believes that certain television productions do push the art sector: “The National Eisteddfod is a celebration of Welsh arts and S4C dedicate an entire week to it. It has been running for many years, probably due to the fact that S4C plough funds into it and advertises it on television.”

The current Doctor Who hype has also proven to be beneficial to the arts sector. Attracting thousands of super-fans, accommodating 3D cinema viewings of the 50th episode, and holding various theatre productions using the show’s props.

Nick Griffiths, 48, author of the newly published book, Who Goes There 50th Anniversary agrees, and has written a book inspired by the Welsh locations of the 50th episode: “I adore the show, It’s enormously important for fans to have a book like mine to relate to. Wales is where the vast bulk of the new Doctor Who is filmed, so I followed my nose,” he says.

And he’s not the only one who has taken to Cardiff and used a programme’s fan-base to get creative. Following a series of Merlin that was filmed in South East Wales, Welsh actor, Alexander Vlahos, took the Cardiff-based Undeb theatre production to Edinburgh Fringe Festival, by raising funds through the sales of the show’s costumes and props, in which he played the character Mordred.

Both artists have helped artistically wave the Welsh flag in different parts of the world and put Wales on the map.

TV production has clearly been successful in boosting the Welsh economy and as a result of this the art sector has benefited, but at a time when their future is uncertain it is unclear as to whether the art sector will embrace the opportunity to be part of the wider creative industry.

Commenting on this Nick says: “TV is often seen as the poor cousin of the arts, throwaway – literally: the BBC threw away loads of early Doctor Who, film-entertainment lacking in gravitas. Sub-theatre. Yet here is Doctor Who, 50 years on, an incredible milestone in an era of rapidly evolving technology, being feted worldwide.”

Porth Teigr is the 38-acre property project supported by the Welsh government. Located in Cardiff bay it has already overseen the construction of the BBC studios, The Doctor Who experience and World of Boats. Currently under development is the Centre for Creative Industries, a creative hub due to be completed in 2014.

As part of the scheme The Building a Creative Nation programme launched on the 6 December in the Millennium Centre. Its aim is to create hundreds of arts and media jobs in 1,000 days. 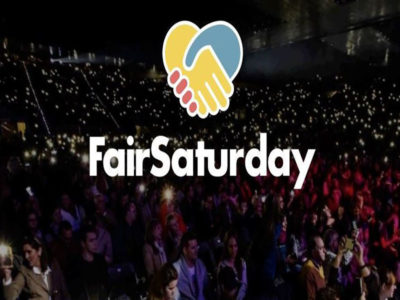 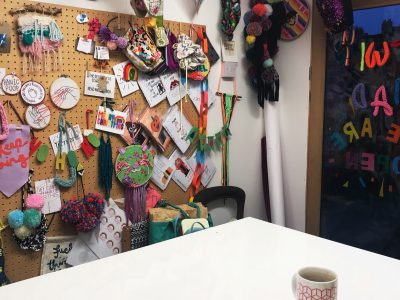