“In London you’ve got Storm Freerun and Parkour Generations. They’ve been around since freerunning first hit the UK, they’re responsible for a lot of the coaching qualifications. Storror, based in Horsham, are really famous online. I think they’ve got the most subscribers of any freerunning group.” Frazer Meek. Favourite move: “I do a lot of core parkour as well as the acrobatic side. I mix it up quite a bit.” Leap of faith: dive in to the foam pit Monkeying around: the scaffolding environment 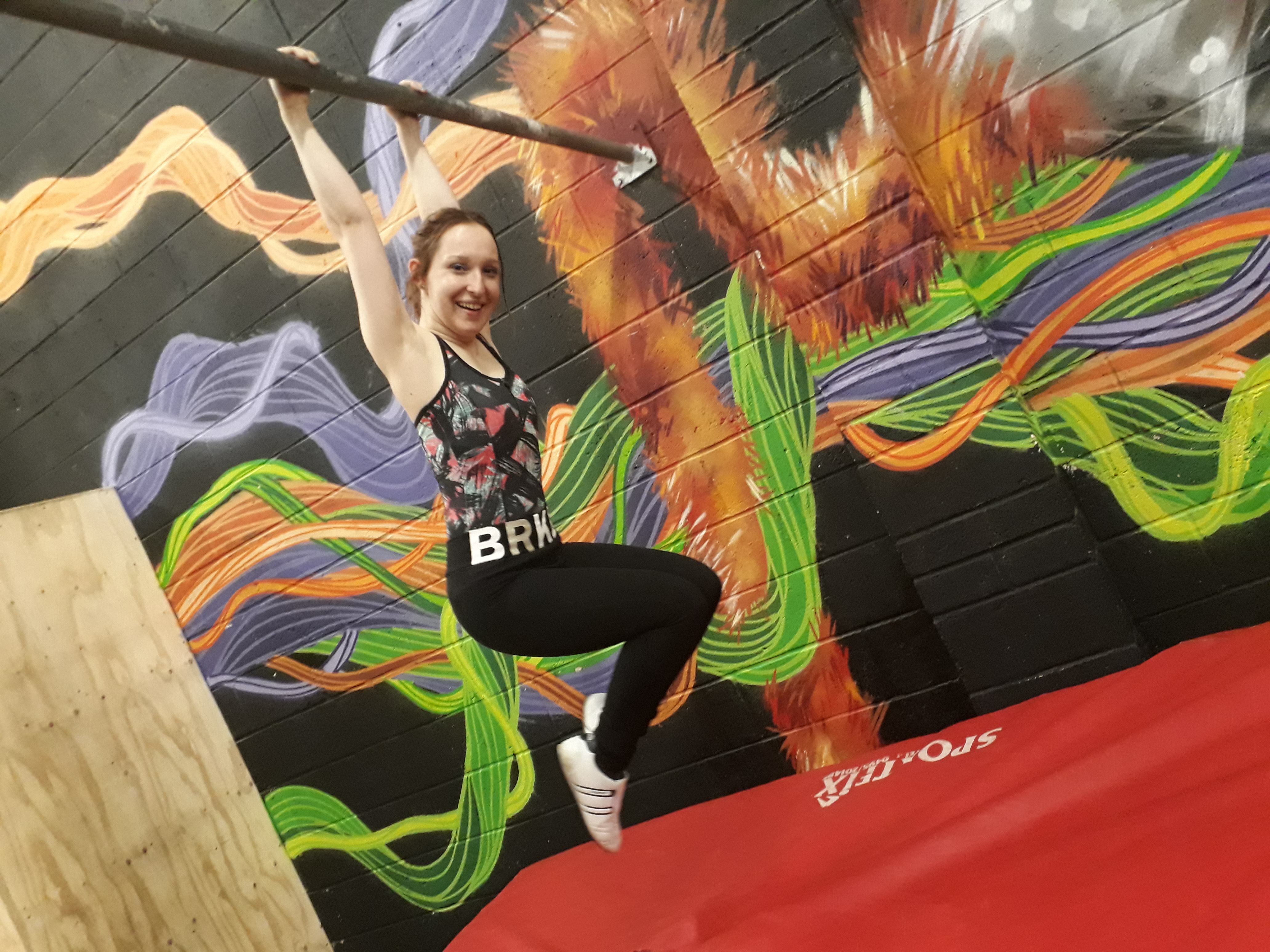 Cardiff is home to one of the UK’s best parkour training facilities. But the local community of freerunners are struggling to keep the lights on The Fluidity Freerun urban environment. Get ready to test your Spiderman skills

Fluidity Freerun Academy in Splott, Cardiff, is the UK’s biggest bespoke indoor freerunning park. This specially designed urban environment is the ultimate space to hone your Spiderman skills. A kinetic music playlist and bright swirls of graffiti on the walls create the perfect place for Cardiff’s ‘Little Ninjas’ to bounce around.

But for the instructors teaching from 10am to 9pm, this huge warehouse gets cold in the winter. Fluidity Freerun have entered the Aviva Community Fund, applying for a £10,000 grant to provide heating in the gym space.

Craig Lee Robinson shares the workload of coaching and administration alongside fellow co-director and head coach Frazer Meek. Together they keep the gym running.

“The Aviva Fund would make our lives a lot better,” says Craig. “In the winter, it gets harsh. You’ve got to teach and be enthusiastic even though you’re freezing. The parents just want to be content waiting for their kids, but you can see on their faces they’re really cold.”

Coaching the next generation

Craig began freerunning in the early 2000s, inspired by the BBC documentary Jump London. He and Frazer were the first Adapt Level 2 coaches qualified to teach in Wales.

Craig devised Fluidity Freerun Academy’s teaching programme around the concept of the elements. The Little Ninjas (aged four to seven) start with ‘earth’, learning the foundations as they progress to ‘water’, the highest level.

“It’s the most fluid element,” Craig says. “When you get to that stage it’s about piecing things together smoothly. That flow is one of the key things in freerunning.”

Gemma Herrington, 21, has been freerunning since September. She feels it has improved her coordination. “You think it’s just about jumping off buildings, but there’s way more to it,” she says. “You’ve got to be strong enough and get your balance right.”

The simplicity of the Fluidity ethos echoes the fundamentals of the sport. Originally devised by Sébastien Foucan, freerunning reworks the traditional military obstacle course training of parkour to focus on innovation and creativity of movement.

Data from the 2017-18 Active Lives survey demonstrates that 271,000 adults participate in freerunning across England. Fluidity welcomes 250 people into the gym each week.

Frazer believes freerunning is one of the most accessible sports. “It’s great for kids because it’s something that anybody can do. That’s why it’s getting so popular,” he says. “You just need a pair of trainers and somewhere to try it.”

Since opening in 2016, the Fluidity Freerun Academy has aimed to become a hub for community sport. Besides classes for children and adults, the team have coached girls only sessions, and held workshops for pupil referral units and refugees.

The latest State of the Nation report by Sport Wales reveals a 13% disparity in community sport participation between children from the highest to lowest socio-economic status.

Frazer corroborates the challenges of enabling children in poverty to participate. “People in the freerunning scene generally don’t come from wealthy backgrounds,” he says. “Kids can get priced out of sporting activities. “If your parents can’t pay for classes, it means you can’t take part.”

Before opening the academy, Frazer and Craig worked alongside Rhondda Cynon Taf, Sport Wales and Cardiff Metropolitan University to run workshops at schools across the city and in the valleys, to promote freerunning as an alternative sport.

“The aim of this place was to rebirth the community, because the scene’s definitely growing” – Craig Lee Robinson

Yet Frazer and Craig are struggling to make ends meet. “It’s been pretty tough to be honest,” Craig says. “I’m in that category where I’m not a young entrepreneur, so there’s no real help. I had to risk everything, especially since I’ve got a family.”

Tinloy Clarke, now in his late teens, has been training at Fluidity Freerun for seven years. He hopes more funding could diversify the challenges offered in the gym space. “If we had the money we’d make different set-ups and change it more,” he says. “It would be good to create varying environments, harder challenges, different things to do.”

With more funding, Craig and Frazer hope to continue to grow their community. “We’ve got a whole array of things we want to do,” Frazer says. “We want to increase the classes and organise more community events. We’re one of the only indoor freerunning centres like this, so we can start looking at competitions around the world. Hopefully we could become a UK player in that scene.”

Craig highlights the different sections of the gym, which allow freerunners to hone a range of skills, whether they want to swing from scaffolding, backflip into the foam pit or practice their tumbling on the sprung floor.

“In primal times, people were running, jumping, climbing,” he says. “That’s basically what we’re doing here. The aim of this place was to rebirth the community, because the scene’s definitely growing.”

“In London you’ve got Storm Freerun and Parkour Generations. They’ve been around since freerunning first hit the UK, they’re responsible for a lot of the coaching qualifications. Storror, based in Horsham, are really famous online. I think they’ve got the most subscribers of any freerunning group.”

Frazer Meek. Favourite move: “I do a lot of core parkour as well as the acrobatic side. I mix it up quite a bit.”

Leap of faith: dive in to the foam pit

Monkeying around: the scaffolding environment 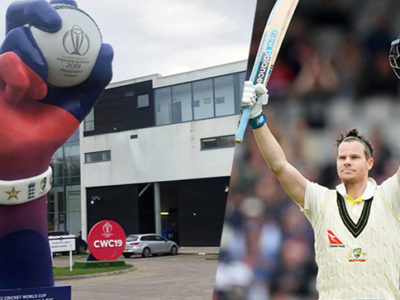 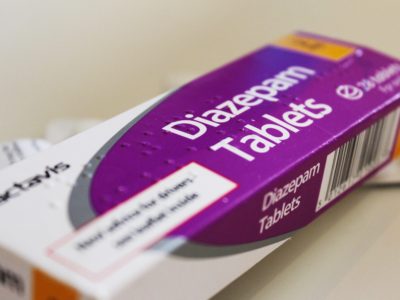 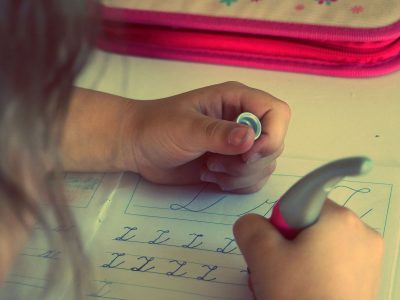 #InPoverty: Welsh employment is on the up yet child poverty is still a concern
Share