Home > No logo > In depth: Homeless at Christmas

In depth: Homeless at Christmas

More about their projects: 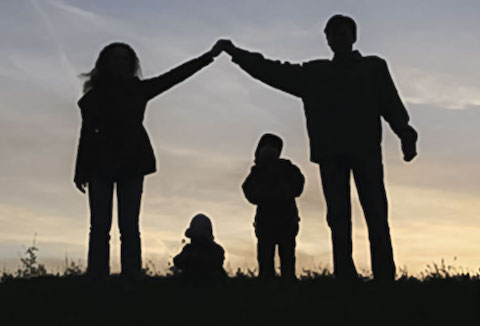 As the number of homeless families rise to an eight year high, can Cardiff cope with the soaring demand this Christmas?

Unstable, unsafe just some of the words used to describe their living conditions. For many this Christmas morning there will be no laughter and no cries of happy children racing down the stairs to open presents from under the tree, instead they will traepse their way down to queue outside a filthy, grubby communal toilet. 1,100 families in Wales will be homeless or living in temporary accommodation this Christmas (Photo credited by the National Alliance to End homelessness)

Homelessness; it’s never planned. Sometimes life just doesn’t go your way. You may suddenly find yourself jobless, unable to pay your rent with nowhere to go and nobody to turn to. Far too many homeless families are in this situation, forced to spend Christmas in B&Bs, hostels or even on a stranger’s sofa.

For many, Christmas underlines an uncertain future. So how are professionals on the frontline coping with the growing demand to try and keep families off the streets this Christmas?

Working with some of the most vulnerable people in society, homeless charities are providing more than just a roof over people’s heads this festive season.

Latest figures released by the housing charity, Shelter suggest that throughout England, Wales and Scotland, 120,000 families will be homeless or living in temporary accommodation this Christmas, raising the figure to an eight year high this year. Among them 12,903 were in emergency accommodation such as B&Bs and hostels.

Shelter blame rising cost, shortage of housing and councils facing greater difficulty to find suitable, sustainable homes for families stuck in temporary accommodation, making it impossible for them to move on with life.

Wales under the microscope

This year more than 1,100 families in Wales will be waking up this Christmas in a place unfit to call their “home.”

The National Statistics for Wales states that the number of households applying for local authorities housing assistance under the Housing Wales Act 2014 show that from April to June 2016, households assessed or threatened with homelessness reached, 2,349. In Cardiff by the end of the quarter, 390 were held in emergency accommodation.

Shortage of social housing means it’s increasingly difficult for people to find a home that suits their needs and budget. Heddyr Gregory, a spokesperson from Shelter Cymru unveils, life can spiral out of control and in a matter of months your home is put at risk.

Homeless charities are more than ever finding it tough to keep up with soaring demand for shelter. They don’t sleep on the streets on a bed of cardboard, instead they are people who have been forced out of their homes, forced to live in sometimes dangerous conditions. The harsh realities of modern day hidden homeless means that their suffering is being forgotten.

Shelter UK spoke to 25 families in emergency B&Bs and hostels and around half had been in that situation for more than six months. Every family lived in a single room, with no space for children to play, exposed to drug abuse and fighting, along with strangers sleeping in the filthy corridors.

“We are constantly trying to break
the cycle of homelessness”

Meet Kimberley: Last year was a Christmas she will want to forget. At 34 weeks pregnant she had the devastating news from her landlord saying they were not going to renew their contract. Kimberley felt shame as they simply had to sit and wait until they had to be evicted.

They contacted Shelter, who coached them through every step of the process. Shelter’s specialist advisers make the difference between a family losing their home and keeping it.

Last Christmas, Kimberley pinned a Christmas tree made out of felt onto their bare wall. This year they will have their own tree in a place they can call home.

“On one morning in September, The Wallich saw 46 people sleeping rough in the city centre,” says Zoe Westerman strategic corporate relationships manager at the homeless charity.

She added, “Many people who experience homelessness have multiple needs such as mental health issues and substance misuse, Cardiff can offer a wide range of services which other areas can’t.”

It’s not just about providing families with a bed. Huggard’s, a homeless charity in the city provide opportunities for homeless people to overcome and tackle their complex problems. Richard Landen, hostel manager says, “We are constantly trying to break the cycle of homelessness.”

They tailor their help to each individual’s needs to deal with a number of problems which may be preventing them from living in permanent accommodation. This may be practical help like CV workshops to build skills and confidence to help put them back in employment.

At Huggard’s hostel centre they have 20 rooms, each have an ensuite and are always full. This Christmas even the day centre floor space is used to provide sleeping space for a further 25 people, according to Richard. “It’s a fairly depressing situation, but there is hope”, says Richard.

We may not see these families sleeping on the streets, yet with nowhere to call home they live in fear of the unknown. Evidently charities work harder than just providing a roof over their heads but it’s tougher to cope with the demand.

It’s a sad fact that, for now many will have to endure washing in a filthy communal bathroom, scramble across a room filled with dirty fold up beds they have to share with their parents and siblings then fall asleep to the sounds of bellowing and crying down a corridor.

For more about the homeless:

Homeless paws in your hands

More about their projects: