For a beginners guide on how to make a video game watch the video game below:

Experts views on Brexit’s impact to the video games industry

Negative
Katie Goode, head of Triangular Pixels:
“The scheme in Cornwall to get more game studios started here is now massively under threat.”

Coatsink Games‘ Tom Beardsmore:
“I’m utterly shell-shocked…we’re going to look at opening an office abroad imminently, and go from there.”

Positive
Stuart Dinsey, chairman of Curve Digital:
“The UK games industry is a powerful, successful, exporting sector and will remain so.” 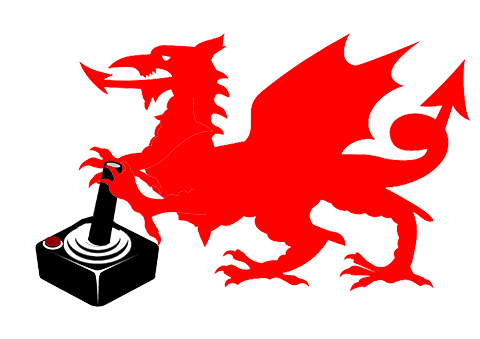 The UK was the sixth largest video game market in 2015 but what’s Wales’ role?

Shooting and people being run over are familiar scenes from video games series: Grand Theft Auto. You may scorn but its fifth sequel was the most successful worldwide entertainment product of all time. In fact, for the first time ever, in 2014 video games outsold film or music in the UK.

Grand Theft Auto is not developed in the USA as you may expect, but rather in Edinburgh – one of the growing hubs of the UK gaming industry. However, according to UKie, a leading video games representative for the UK, both Scotland and Wales have about half as many games companies per person as England does. For Wales in particular, the picture looks bleaker. When video games company OysterWorld moved to Pontypridd in 2013 it was hailed by many Welsh Assembly Members as a cultural victory for Wales. However, by August this year they had already gone bankrupt after debts of over £2 Million. This was despite the Welsh Government giving them grants worth £1.4 Million. Relentless Software also shut down this August despite only opening a new studio in Pontypridd this March and being given £550,000 from the Welsh Government.

However, there are still many video games companies which recently set up in Wales. Why is this and what the does the future hold for the Welsh video games industry?

Ian Thomas, director of Talespinners, a video games company based in Cardiff, says the recent boom in the number of video games companies is because games development tools are increasingly free and the rise of mobile games has allowed publishing to become very easy. This is backed up by UKie findings, which show three quarters of companies that opened since 2010 target Apple platforms such as iPhones and iPads.

‘Of those employed in the video games sector, Welsh employees represent 1%’

Many of these new video games start-ups are micro businesses which the Office for National Statistics (ONS) defines as companies of less than 10 people. This represents much of the Welsh video games industry, which is an emerging hub.

However, Ian says this is a particular problem for Cardiff as, “There is lots of people all trying to find their niche and Cardiff’s still trying to find its identity.” He predicts once a couple of these video games companies have a hit South Wales will be put on the industry map.

Currently, Wales lags substantially behind England in the video games industry. Of those employed in the video games sector, Welsh employees represent 1%, compared to London and the South East of England’s combined 63%. No Welsh towns or cities feature in the UK’s top 10 places for the most amount of video games companies, either. A view from outside the welsh Assembly

UK Government to blame?
Despite the video games industry bringing in £1.4 billion for the UK economy, the UK government has largely failed to introduce policy to help Welsh video games companies to succeed. According to Pollen Insights, “Between 2008 and 2011, employment in the [UK games industry] fell by over 10% and investment by £48 Million.” It was not till 2014 that the UK government finally established the Video Games Tax Relief (VGTR).

For a video game to gain VGTR status is not easy either. To qualify you must pass the ‘cultural test.’ In order to do this the British Film Institute must have administered a qualification to you – which they do based on requirements such as featuring stories and characters set in the UK or EU. UKie found that as of July 2016, “Of the 515 games that have applied for tax relief certification to date, only 180 have been granted final certification.”

Critically though, even if all UK developers wanted to opt into this voluntary register they wouldn’t be able to as micro-businesses are not included. This is despite the same Nesta report finding, “95% of UK video games companies are micro or small businesses.”

Mixed message for Wales
UKie CEO, Dr Jo Twist says, “More support from government is needed to help us promote the UK overseas and make sure we fully activate the tax relief.” Gavin Powell, the Managing Director of Deceptive Games Ltd, agrees video games companies, “May find it hard to survive in the coming years without more help from the government.”

On a more optimistic note, Ian Thomas explains that if the UK or Welsh Government introduce a seed funding system so small teams can get to a prototype stage then the industry could flourish. Gavin says, “With foresight we could turn Wales into a new Canada, who are seen as the video games capital of the world.” If these things are done, then perhaps Wales could share in the wider success of the UK video games industry.

For more gaming news
The rise and rise of eSports in the UK
Kongs: retro gaming with a pint

For a beginners guide on how to make a video game watch the video game below:

Experts views on Brexit’s impact to the video games industry

Negative
Katie Goode, head of Triangular Pixels:
“The scheme in Cornwall to get more game studios started here is now massively under threat.”

Coatsink Games‘ Tom Beardsmore:
“I’m utterly shell-shocked…we’re going to look at opening an office abroad imminently, and go from there.”

Positive
Stuart Dinsey, chairman of Curve Digital:
“The UK games industry is a powerful, successful, exporting sector and will remain so.”