Home > No logo > In depth: Interfaith harmony in Cardiff

In depth: Interfaith harmony in Cardiff

Of Peace and Tolerance

Every religion teaches you compassion and respect. Here are quotes from scriptures of some of the major religions in the world. “See that none render unto any one evil for evil; but always follow after that which is good, one toward another, and toward all” — The Bible “There shall be no compulsion in religion” — The Quran “Conquer the angry one by not getting angry (i.e. by loving-kindness); conquer the wicked by goodness; conquer the stingy by generosity, and the liar by speaking the truth” — Dhammapada 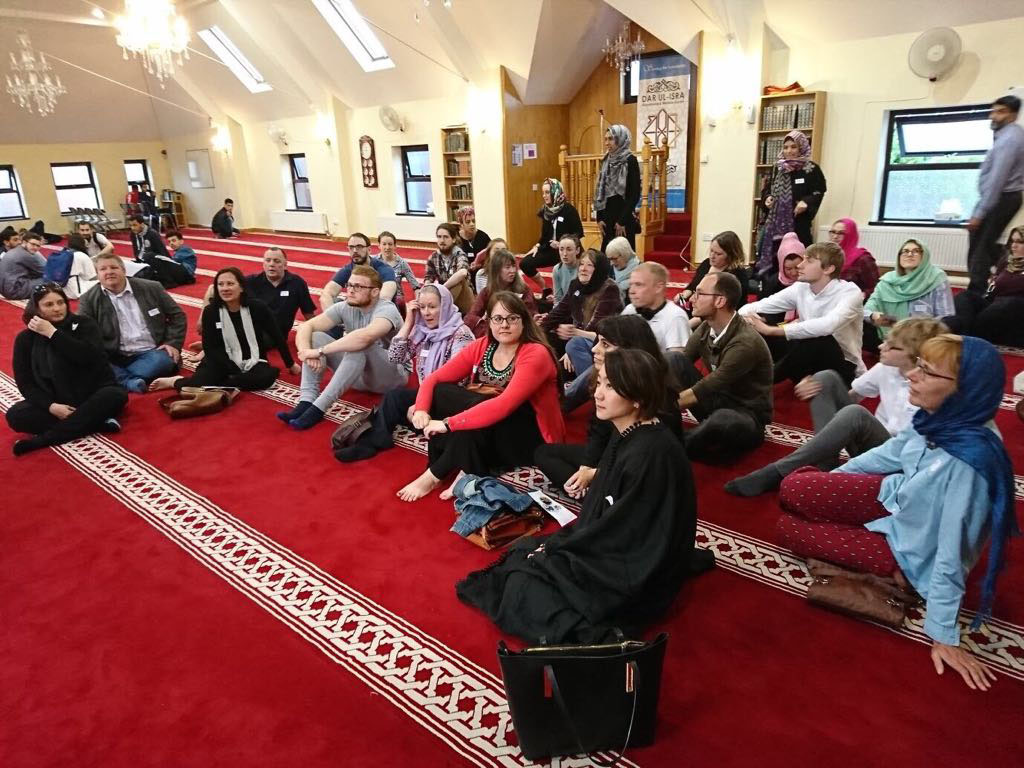 There are several faith groups in Cardiff. We live in a rather diverse city. Divided we fall! So, how can we get along with each other? Christianity is the largest religious group in Wales. But there is also a wide array different faith groups in this country.

His mother was from the Baha’i faith; his father, a Muslim. When he remembers his childhood back in Iran, a retired company director Hoshmand Kalami cannot think of an instance of conflict within his family for having parents from different faiths.

His wife Sian Kalami is a Christian, and once again he was faced with the same scenario: multi-faith marriage.

“The difference in religion has never been an issue,” he says. “Marriage means the union of souls. You have to respect each other to move forward.”

There is a lesson for Cardiff to take from multi-faith marriages like that of the Kalamis.

It teaches you to have mutual respect for all, despite any differences in culture or creed.

Being a multi-cultural and multi-religious city, it is very important for Cardiff’s citizens to get along with each other.

So, how do we maintain interfaith harmony, and what are the efforts in place?

A land of many

Christianity is the largest religious group in Wales. According to 2011 Consensus: Key Statistics, almost 58% of the residents of Wales identified themselves as Christians.

Meanwhile, over 32% people stated that they had no religion.

On the other hand, Islam is the second largest religious group: 1.5% of the population in Wales according to the 2011 figures.

There are also people from other faiths, such as Hindus, Sikhs, and Jews. Father Dean Atkins, chairperson of South Cardiff Interfaith Network, which is a part of the Inter Faith Network for the United Kingdom, says that historically industrialisation and commerce played an important role in bringing the multi-religious dimension to Cardiff.

“The Cardiff we see today was largely built by people coming in from different countries and faiths and making it their home,” Dean says.

Ignorance is (not) bliss?

According to the cleric, tension and discord between communities are embedded in ignorance and fuelled by extremism, political crisis and misrepresentation in the media.

“I can exemplify this by an experience of a Welsh group when they visited England,” Dean explains. “They were speaking the Welsh language, and someone overheard them and said some hate comments as they misplaced them as foreigners or immigrants! But they were in fact Welsh-speaking British!”

You, your God, and the ‘others’

Several interfaith activities take place in Cardiff to change perceptions for the better and to unite people of different faiths.

Meanwhile, Dar Ul-Isra, which is a mosque and an educational and welfare centre, organises open mosque days along with talks.

Dr Merajuddin Hasan MBE, a volunteer at Dar Ul-Isra, explains, “People come in and learn about our religion. There are exhibits of religious objects and even a stall on Arabic calligraphy.” Visits to places of worship or religious centres provide the opportunity to understand religious practices and philosophies. Photo: Dar Ul-Isra

He further said that interfaith discussions are also held.

“Last Christmas, we organised a talk titled Our View of Christmas, where a Christian priest discussed about the festival and a Muslim scholar talked about the Islamic viewpoint on Jesus Christ,” he said. “The talk was followed by a question-and-answer session.”

In fact, the Inter Faith Network for the United Kingdom holds an Interfaith Week every year. In 2017, it was from 12 November to 19 November.

“One of the activities that South Cardiff undertook during this year’s Interfaith Week was called Young, Free and Religious, where people aged 16-25 shared what it is like to be someone who adheres to a faith in this city,” he said.

December is a month with two major socio-religious festivals: Christmas and Hanukkah.

Socio-religious festivals are a great time to strengthen interfaith union. And participation in some form or other should come from all groups to make these celebrations inclusive to all.

“I had been to Christmas concerts. This year, we have been invited to a menorah lighting event for Hanukkah,” Merajuddin says.

“Many parishes send out cards and invitations to various religious institutions for Christmas,” Dean says.

Indeed, efforts are being in place in this season which reflect and strengthen interreligious harmony.

As Dean puts it, “In recent times, it is very important to gather together, and people do feel the need to do it.” The community kitchens in gurdwaras (Sikh places of worship) provide free meals to all, irrespective of cast or creed. The notion of equality is deeply embedded in the Sikh religion. Sikh Gurdwara Cardiff serves about 200 people every Sunday.

Following the example of couples like Sian and Hoshmand Kalami, it all comes down to having mutual respect between each other. Add to that a general understanding of all faiths as opposed to being ignorant about them, and voila, we’ve got interfaith harmony.

Of Peace and Tolerance

Every religion teaches you compassion and respect. Here are quotes from scriptures of some of the major religions in the world.

“See that none render unto any one evil for evil; but always follow after that which is good, one toward another, and toward all” — The Bible

“There shall be no compulsion in religion” — The Quran

“Conquer the angry one by not getting angry (i.e. by loving-kindness); conquer the wicked by goodness; conquer the stingy by generosity, and the liar by speaking the truth” — Dhammapada