Home > No logo > In depth: Astronomy in Cardiff

In depth: Astronomy in Cardiff

“Since I picked up the camera about four years ago, I wanted to take photos of the night sky, and the first picture I took was of the moon. So, it’s something that continued throughout, and using it to express ideas is now a different aspect rather than just taking photographs.”

Check out Joseph’s exhibition on the beauty and nature of astronomy, and universal knowledge on December 15th at Cathays Community Center. 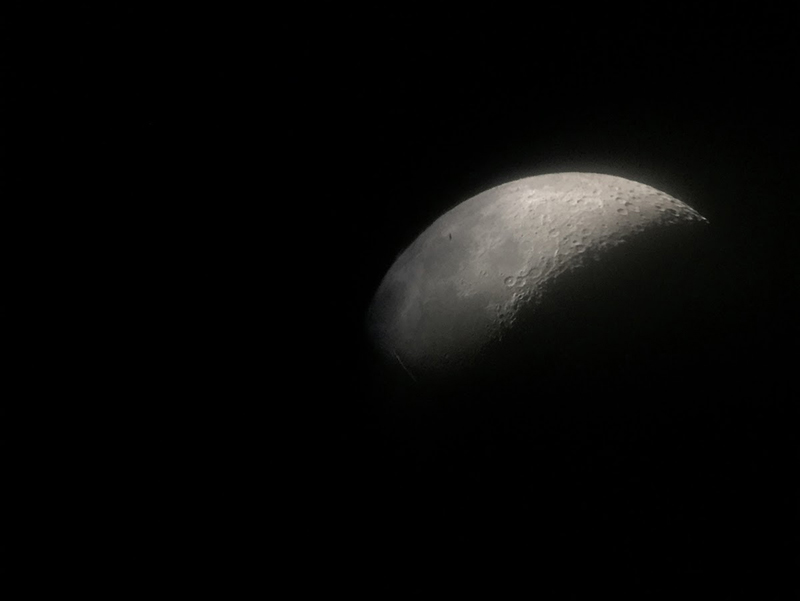 Astronomy is an ongoing hobby of interest, but can amateurs become heavily involved, or is it just meant for scientists? Looking up towards the clear night sky, searching for the brightest star is something we all did as children. Now, we’re all too busy looking down, forgetting questions like ‘What’s out there?’

The notion of astronomy is immediately attached to either physics or a stereotyped form of  astrolog, but, it is neither. It all started with a simple curiosity of the night sky, and the hobby of observing it.

Cardiff Astronomical Society (CAS) is a thriving society based in Wales, and a newly registered charity. CAS has been around for over 40 years, and includes both amateurs and experts in the vast field of astronomy.

Throughout the decades the science of astronomy took a turn, compared to its days of glory in the 1950’s and 60’s. Now, the motion of curiously looking up and wondering what lies behind the night sky is slowly fading.

But with societies such as CAS, their passionate mission in keeping astronomy as interesting and relevant as possible prevents the curiosity from disappearing into a blackhole.

Phill Wallace is the youngest member of CAS, 25 years old and is also the chairman of the trustees. He joined the society in 2015 and when asked how does the society keep astronomy interesting to the public, he replied with “It’s a question of what more we can actually do? It’s rather difficult to come up with a cool idea of astronomy that would get people in, and keep them interested in doing actual astronomy or stargazing, because that’s what the hobby is all about.”

On a daily basis, exploration missions and new discoveries are presented to the world. But sometimes they are not given as much attention.

CAS continues to shine light on these discussions, whether you’re an expert or an amateur. Phill confirms that CAS is mainly “A society of amateurs for amateurs, there are a few of us who have degrees in the subject, but it’s very much a hobby society, more than anything else. That’s how it started.”

The society has such a strong presence in Wales that several organisations, such as Cardiff University, The National Museum, and Techniquest continually collaborate with them for stargazing events, star parties, talks, and lectures. These collaborations tend to help the society a lot. “Anytime we work with other societies or anything, we know it’ll benefit both groups,” said Phill.

The society also includes a wide range of members from various backgrounds and expertise. All of them continually exchange information and knowledge in a lecture, or at a star party for the main purpose of getting together and keeping the wonder  of astronomy alive.

Yet, in the case of star parties, it is difficult to successfully organise one due to the constant cloudy and wet weather of Wales. Intense clouds affect night sky observing sessions, as well as full, or the recent occurring event of a supermoon. Hugely illuminating the sky and obscuring the vision of observing the patterns of star constellations.

Keeping in mind that astronomy is a field filled with various seeds. Once the seed is planted, it tends to “take time and patience.” As Phill said, “Unfortunately if you want to do any serious observing you’ll need a reason and money to buy the equipment, it tends to be the older members who are able to contribute that way.”

These events that CAS conduct attract various visitors from Wales. “If we can get people interested, they’ll come to the society and think, ‘yes, actually, this is interesting,’” said Phill, “because, perhaps more than anything else it’s not just going around and hearing a lecture, it’s meeting hundreds of like minded individuals from the widest range of backgrounds. It’s very much a community, that is one of the other major draws.” CAS through the lens of a photographer

Joseph Hainey is a photographer who joined the society late September, this year. At first, it was mainly for a project about astronomy, but his curiosity made him want to become a member at CAS. “The society allowed me to explore that there’s two ways of looking at it, there’s beauty to it, but there’s also a scientific aspect,” he said.

Inspiring members such as Joseph only prove that astronomy is not just about science, but rather an exploration of expressions. Joseph believes that some certain aspects of astronomy can be complicated, “But it’s a process,” he said “the more you try to understand it, the more it becomes recognizable and easier to comprehend. So, whether you’re an amateur or a scientist in the field of astronomy, they both feed into each other. The love and the beauty of it makes you want to understand more.”

Looking up from time to time is worthwhile. Afterall, astronomy is the science of curiosity and wonder. But, it is also an expression to various other aspects in life. As Joseph said, “People are still in tune with that human discovery, wanting to know more, instead of being contained and refined.” A photo of the Milky Way Galaxy taken by a digital camera. (Taken by Joseph Hainey)

“Since I picked up the camera about four years ago, I wanted to take photos of the night sky, and the first picture I took was of the moon. So, it’s something that continued throughout, and using it to express ideas is now a different aspect rather than just taking photographs.”

Check out Joseph’s exhibition on the beauty and nature of astronomy, and universal knowledge on December 15th at Cathays Community Center.