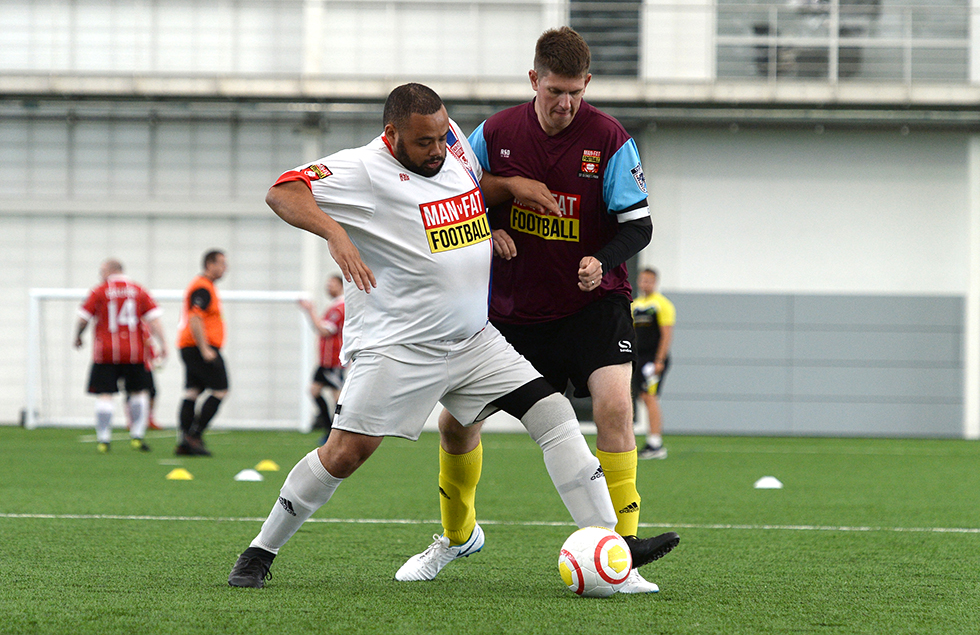 MAN v FAT has announced it will extend its presence in South Wales by introducing a new football league in Newport.

The Newport league will start in January 2020 and is one of 60 across the UK. There are further plans for expansion in Swansea by April.

MAN v FAT Football matches take place on a weekly basis. As well as the points scored, coaches also consider the number of pounds lost per player to determine the week’s winner.

Matt Hudson, head of marketing at MAN v FAT, said: “The [MAN v FAT] HQ team recently visited Newport to speak to people about the league and there was plenty of enthusiasm about the project.

“We look forward to welcoming new players into the two new leagues and for them to strike up a friendly rivalry with the Cardiff players.”

The Cardiff league, which plays at Channel View Centre in Grangetown every Thursday, has 80 players  taking part;here is a waiting list to join.

Nas Suleman, a qualified nutritionist and the Cardiff league coach, may also take the reins of the Newport team alongside his Cardiff club commitments. “If the time is there, then it could be myself,” said Nas. “What most of the guys at HQ said is Cardiff should really be the blueprint of how all of the clubs are run.

“We don’t have segregated teams who don’t speak. In our sessions, we’re all in a big club.”

MAN v FAT was founded in 2014 by writer, publisher and editor, Andrew Shanahan, after joining his local slimming club which mainly catered to women.

He also published the book MAN v FAT: The Weight-Loss Manual in January 2015 to support men through every stage of the weight loss journey.