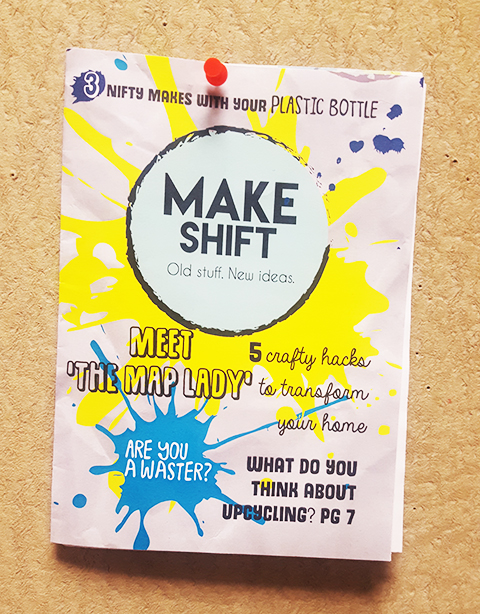 The magazine will be packed to the brim with DIY hacks, interviews with sustainable businesses, a beautiful double spread with some handy tips to make your home more Christmassy this season and a profile of one of Wales’s most talented designer-makers.

The magazine launch has come at the perfect time, with increasing concerns over the amount of waste thrown away in Wales each year. Although the nation comes out on top when it comes to recycling habits across the UK, National Resources Wales has revealed that almost half of the rubbish collected by Welsh councils is rejected due to contamination.

Coffee giant Costa has already taken a stand against the amount of rubbish we throw away, launching a new scheme that could see millions of disposable coffee cups avoiding the landfill.

Customers will be encouraged to leave or bring back their cups to Costa stores which will be kept on racks and later transported to specialist waste processing plants. Costa are also using the scheme to raise money for organisations that work hard to keep our country clean.

Hannah Evans, a barista at a Costa branch based in Cardiff, says, “if you bring your cup back to us, we will give money to charity.”

The Hubbub Foundation, an organisation that exists to tackle environmental issues, has launched a new campaign in Manchester called #1MoreShot, calling on the city’s locals to recycle their coffee cups.

“We urgently need to change the way we dispose of the 2.5 billion paper cups that are thrown away every year, as currently only 1 in 400 cups are being recycled,” says co-founder, Gavin Ellis.

“If successful, we could very well see a similar initiative introduced right here in Cardiff,” he explains.

Behind the scenes with Makeshift mag

Makeshift magazine hopes to inject the fun back into recycling, offering alternative ways to dispose of rubbish that would ordinarily be thrown away.

“Recycling doesn’t have to be boring,” the Makeshift team says, “You can have a lot of fun transforming basic household items.”