Home > Active > In depth: Is Cardiff safe to cycle?

In depth: Is Cardiff safe to cycle?

Most dangerous roads to cycle on in Cardiff 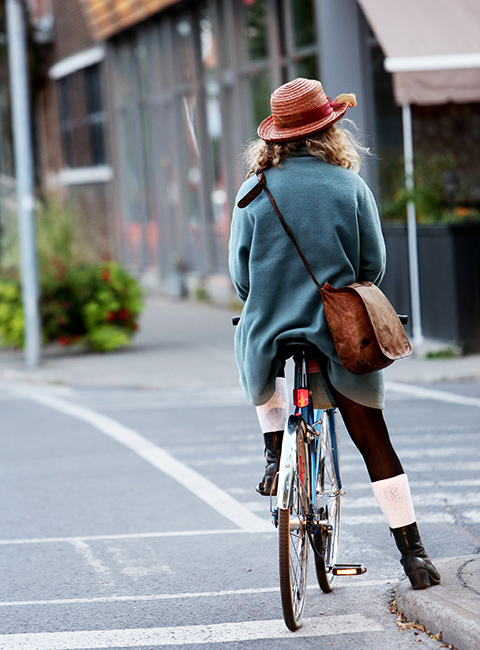 With over 71 miles of cycle paths in Cardiff, something doesn’t add up when it comes to cycle safety in the capital. The rise of cycle accidents suggests that Cardiff is becoming less safe to cycle, but why?

Sustrans charity works to enable people to travel by bike and foot for more of their local journeys. As part of their ‘bike life’ campaign they did a survey which showed that 57% thought Cardiff was a good place to ride a bike. But looking into it there are many things that need to be looked at suggested the study.

Over half the population in Cardiff own at least one bike in their households. From the same survey we found that there has been a 28% increase in bike trips made since 2013. Does this suggest that due to the increase in bicycle use there have been more accidents?

Sustrans said the increase in cyclists on the roads meant the lack of safe cycle routes was becoming increasingly obvious. Cardiff county council introduced the Cardiff cycling strategy in 2007 with the aim to, “Provide for, promote and increase cycling as an enjoyable, safe and healthy activity for people of all ages and abilities and to reduce dependency on the car”.

Nine years on from when the plan was launched Cardiff is still not fit for cycling safely says Nathan Allan from Punk Bikes in Cathays. With the introduction of the Enfys cycle network for Cardiff last year we can see the council is still trying to improve cycling in the city. What the network lacks is continuity and coherence according to the Cardiff cycle design guide which was endorsed by both Sustrans and the Cardiff cycle campaign. The latest data from Road safety in Wales tells us that in 2014 there were 138 people killed or seriously injured on Welsh roads which had risen from 118 in 2011.

Various schemes from the council have been introduced to tackle the dangers of cycling in Cardiff such as free one to one adult cycle training, road safety classes along with `bike to work’ and ‘cycle to school` schemes.

Can the council do more?

But according to the Cardiff cycle campaign these schemes are not enough and there is a lot more to be done. Adding that Cardiff needs to unify its cycling trails as the introduction of the Enfys cycle map was a step in the right direction from the council but it lacks coherence and there are major problems where a lot of the cycle routes are not linked together.

The council have recently suggested that under the active travel mapping process, they Propose to remove some of the Enfys network because they deem it to be inconvenient, getting rid of stretches from Ely to Caerau and Rumney to St. Mellons. When looking across the border to other cycle cities such as Bristol and Cambridge, Cardiff could really take a leaf out of their book.  Bristol had its lowest number of cyclist admitted to hospital for some years at only 38 and the increase from 68 million km to 134km was the estimated distance travelled via bike from 2006 to 2015 according to Bristol Cycling.

Cardiff recently saw the introduction of the manifesto from `Cardiff Cycle City` which proposed to turn Cardiff into the Amsterdam of the UK suggesting an increase to £15 spend per head on cycling in the capital.

But many deem this to be unrealistic. Richard Nelmes, Chairperson from the Cardiff cycling campaign said that “there are no real plans in the manifesto” adding that, “This ‘manifesto’ is little better than a political party manifesto, some unstudied and impractical claims.”

Although saying that the study carried out in 2015 by Sustrans found that in comparison to other cities, Cardiff cyclists seem to be up there with the least vulnerable cyclists, with 67% of riders feeling safe on its roads during daylight hours.

Cycle safety in Cardiff is definitely an issue and the council don’t seem to be tackling the problem efficiently according to the cycle campaign.

There are areas in Cardiff that are considered to be safe cycling paths such as the well-known Taff trail that goes along the river Taff or even the less known Ely and Rumney trails. However there are still plenty of areas that lack attention from the council in areas such as Roath and Cathays.

Cardiff has definitely become more dangerous for cyclists, but the council are putting measures in place to try and prevent this. Along with Independent charities tackling the issues can only be easier

If you enjoyed this article, you may also be interested in reading: Art to adorn new cycling route, How safe are Cardiff’s cyclists or Police warn pavement cyclists

Is it safe to cycle in Cardiff?

Most dangerous roads to cycle on in Cardiff