The Miniature Music Press are currently developing MMPTV, a section of their website which hosts video coverage from a variety of live events.

Writing and recording folk music can sometimes lead to odd encounters. Simon Read, who began by playing open mic nights and small gigs after he came to Cardiff in 2005, laughs as he describes some of the stranger things he experienced during his brief music career.

“One of the highlights was meeting Ronnie Rogers from T’Pau,” he grins, before explaining that the two of them went on to record a song together after meeting in Monmouth. “He saw me playing around up there and invited me to go to his studio, which was quite cool. It had two floors.”

Working with Ronnie, who had a number one hit with China in your Hand in 1987, wasn’t Simon’s only memorable experience. His other career highlights include travelling to London to support Rachel Taylor-Beales in one of the last ever gigs at The Point, and being managed by the former band manager of a successful eighties pop group.

“The guy who managed Curiosity Killed the Cat was also my manager at one point,” he says, looking almost sheepish. “He actually had me shaved at one point because he didn’t like the fact I had a beard.”

Simon, whose beard is now back in full force, smiles as he recounts this experience. “He took me to the poshest barber shop in London, then proceeded to have an argument about the cost of the shaving,” he says. “It was just ludicrous.”

Despite the fact that he managed to record an album and play at a variety of big venues, Simon is very humble about his time as a musician. “That’s all my career in those summary highlights,” he jokes. “It all petered out pretty quickly after that. I just ran out of time. Starting the magazine really curtailed the whole of that.”

In 2008, Simon’s foray into the world of folk music was put on the backburner, when a local musician named Rowan Liggett approached him with the idea for a new project. Simon later joined forces with Rowan and a designer named Aimee-Jade Hayes, and they spent the next year planning what is now known as The Miniature Music Press.

Simon explains that when they started the project, they wanted a magazine that would encompass the wide spectrum of music on offer in Cardiff, from the bigger bands all the way down to grassroots level.

“It felt actually, when I was doing music, that Cardiff was kind of a closed circle,” he explains. “Shining a light on everything means that you try and make sure that everything gets noticed in some way.”

The Miniature Music Press, which focuses on everything from up-and-coming bands at small open mic nights to bigger, more established bands like The Joy Formidable, certainly seems to follow this philosophy. “That was the key ethos, really,” Simon says. “To embrace everything and be inclusive of all that stuff that doesn’t normally get covered.”

Building a magazine from scratch can be hard work. Simon and his colleagues eventually discovered that the amount of time and effort involved was a lot for just three people to handle.

“I think it was a very long time before we realised it was going to be difficult with the three of us,” he explains. “Keeping ourselves going was taking up 120% of our time.”

As Simon also works as a social sciences researcher for Cardiff University, his time constraints are not hard to imagine. These difficulties eventually led to the magazine being taken out of print for several months earlier this year, before being brought back in September.

“In that time we were just running our articles online,” he explains. “We’ve come back into print with renewed energy, and hopefully we’ll be able to stay there for awhile.”

Simon’s quiet, positive energy and upbeat nature are perhaps what make him well suited to the demanding work he does. He doesn’t even view the arrival of other music magazines (such as Bristol based magazine Crack’s recent Cardiff edition), as a threat. In fact, he seems to like the idea of multiple viewpoints.

With an unrelenting workload and fresh ideas in the pipeline, perhaps Simon is too involved in the magazine to let outside factors concern him. One new project is ‘MMPTV’, an online video section that he is hoping to develop. “We made some great videos over the Swn Festival which are all online,” he says.

Instead of worrying, Simon channels his energy into the things he loves doing the most.

The Miniature Music Press are currently developing MMPTV, a section of their website which hosts video coverage from a variety of live events. 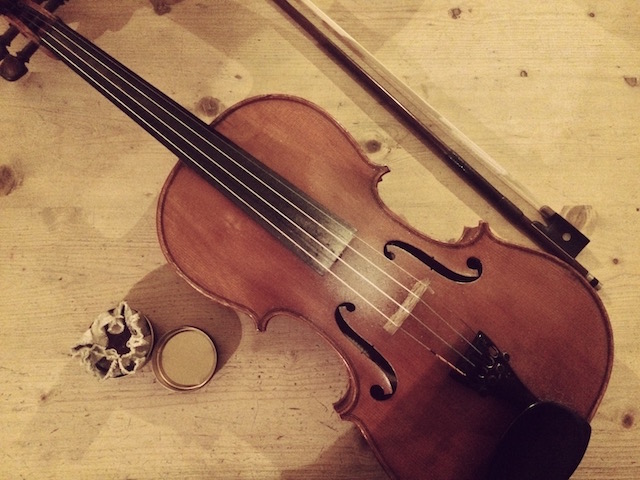