Home > Culture > In depth: Is busking becoming a bother?

In depth: Is busking becoming a bother?

Where are the main busking spots in the city?

What is busking like in Cardiff? [credit: Akira Oda]

One local businessman prompts questions about whether busking in the city centre should be regulated.

The bellow of a resolute market seller, the coo of a prying pigeon, the thrum of chattering shoppers: these are all noises that are familiar to those who regularly walk the streets of Cardiff’s city centre. As with many other towns and cities, it is an area awash with sound.

But there is another integral part of the city’s sonic landscape: the busker. Whether alone or in a group, singing or playing an instrument, Cardiff’s buskers are numerous and varied. They are symptomatic of a healthy music scene, and can be heard from almost anywhere in the city centre. The question is, are they welcome?

Local businessman Frank Maloney said in November that buskers should have to pass an audition before they can sing on the streets, saying that some make a “dreadful din”. His voice is just one of many, but does his opinion reflect the general mood of the city? Should busking in Cardiff’s city centre be regulated?

There are many within Cardiff’s busking community who disagree with the idea of any kind of regulation.

Seasoned busker Buster Crofton says that he would rather there be no regulation at all, as it isn’t needed. However, he highlights the potential benefits that regulation may have if it was brought in. “If they were to implement any kind of regulation, it could raise the standard. But I just think for a small city it’s not really necessary.”

Buster had a glimpse of what a regulated busking scene might look like when in 2014 he was banned from performing in the city centre after complaints he was too loud. “The council seemed to be pretty clueless,” he says, recalling the incident. “They are fussy about noise levels, and wanted to give buskers 30-minute slots to play – it would just be really impractical.”

Musician Kurt Morgan agrees with Buster’s view, and highlights how important busking is to those trying to make a living from it. “Busking in most cities, including Cardiff, is not easy money by any stretch,” he says.

“There are good days and bad days, but it is not a lazy way to make a living. Because of that, there usually aren’t many trying to shoulder in just for financial reward. Tales of beggars who drive Porsches after five o’clock are urban legends.”

Currently, there is no official regulation regarding busking in Cardiff. But there are some towns and cities in the country where performing on the streets is monitored and controlled.

Oxford city centre, for example, has a busking card registration scheme. Everyone who wishes to perform in the city has to apply for the card, despite there is no guarantee that they will be granted one. In addition, the city has a ‘Community Response Team’ who patrol the city centre at least twice every day to ensure that buskers are acting responsibly and are not causing any disruption.

However, he also added that a paid scheme could be beneficial if done right. “A lot of buskers are out there to try and make money for themselves, but if they had to pay for a licence and the money was put to good use within the community, it could work out.”

Oxford is just one of many places in the country that have strict rules regarding busking.

The view from the till

For those whose livelihoods depend on getting customers into their shops, many approve of some kind of regulation.

Argos manager Daniel Richards says that even though he is in favour of busking, it should be controlled. “The atmosphere that comes from busking can be uplifting and comforting,” he states. “However, I do feel that there should be specific busking zones that are used to stop the build up of pedestrian traffic outside of shops.”

“For the big shops everyone knows it’s not so bad, because people will still go in them regardless,” she says. “But for small shops that are just starting up, I think buskers – especially if they’re noisy and not very good – can scare away much needed customers.”

There is currently no regulation, but there are signs that things could change. Cardiff Council have already considered applying for a private member’s bill, which if passed would allow them to regulate street traders and buskers. However, they said that due to the cost of applying for the bill and the fact that it may not get through, they decided not to pursue it any further.

So as things currently stand, Cardiff’s purveyors of song will remain just as uninhibited as its pedestrians and pigeons. Things may change in the future, but without the gift of foresight it’s hard to tell if they will. For now, the city’s buskers are free to play until their fingers bleed and their lungs give out.

Do you think busking should be regulated in Cardiff?

Where are the main busking spots in the city?

What is busking like in Cardiff? [credit: Akira Oda] 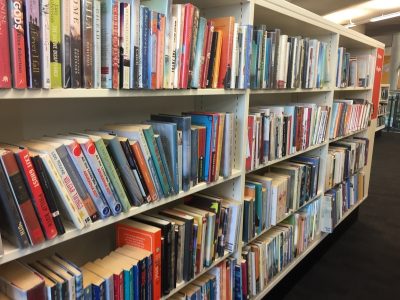 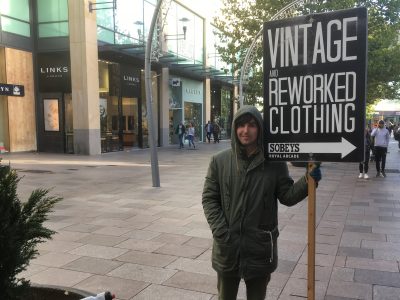