The wall of sound

Only Boys Aloud impress the judges on Britain’s Got Talent

Morriston Orpheus Choir singing the more modern You Raise Me Up

Young choirs have given new hope to the tradition of choral singing in Wales, but can they change the fate of their more traditional counterparts?

There are few things that you can so easily relate with Wales as the sound of a male voice choir. The deep, rich sound that reverberates through your whole body as a wall of song envelops you. You’ll probably think too of mature gents dressed in matching blazers, at most, swaying to the music they are producing.

Unfortunately, over the past few decades, interest in and membership to this true Welsh legacy has been in decline. However, with choirs being brought into the public eye again the tune of the future may be a happier one. Through no small part of choirmaster-extraordinaire, Gareth Malone, and his crusade change the public perception of choir from something staid and outmoded to something fresh and relevant. Malone has also been welcomed along with the choir of the Military Wives into the exclusive “Christmas number one club”, something that would have seemed absurd a decade ago.

Male voice choirs have also hit the headlines with the help of the reality show. First with Only Men Aloud winning the BBC hit Last Choir Standing and, subsequently, Only Boys Aloud reaching the final of Britain’s got Talent. What is unclear, however, is if this new-found verve for choirs has translated back to those long established vocal groups. Roy Pugh, general secretary of Morriston Orpheus Choir says, “Popularity is diminishing. It is difficult to get young people interested.” So what makes these modern choirs so different?

If you look back to the roots of many choirs, they were built out of community. The same community groups we still associate with choirs today, says Andy Mulligan, administrator and founding member of Only Men Aloud, “A large percentage of the population will always want to be part of their community, whether it’s a school, college, church or elsewhere.”

One of the most well-known and respected choirs is Treorchy Male Choir. Two of its members have been singing with the choir for over 65 years, says Dean Powell, tenor and choir publicity officer. He continues by saying that, for some members, the choir is a way of life; bringing together workmates, neighbours, friends and family members. Community appears to be a driving force behind young choirs as well as older ones.

In a recent BBC article (Welsh male voice choirs struggle to attract young, 8 August 2012) it is suggested that changes in society more generally may have taken their toll on choirs. Social mobility and the change in the industrial landscape of Wales means that people do not live in one place all their lives. Time is another prevalent factor; younger people seem to have a lot less time to devote to regular practice.

With this in mind, why are choirs like Only Boys Aloud prospering so much? The boys’ first album was released on 3 December and single Calon Lan is currently at number one in the Official Classical Singles Chart. The single even knocked Pavarotti from the top spot. There is no denying that youth is a contributing factor; all 141 members of Only Boys Aloud are between 14 and 19. It is a lot easier for them to add extra value to their act such as choreography and a more current repertoire much like their older cousins, Only Men Aloud. Speaking of their success, Mulligan says, “A lot of it is down to the repertoire choice I think. Well arranged, popular repertoire means that more people are joining choirs, and are still enjoying singing the classical rep too.”

He is right; much of the boys’ album is based on traditional Welsh songs and hymns but with a few modern hits to appeal to a wider demographic. Don’t Stop Believing having been a great success for Glee cast members, an age group the boys are no doubt hoping to attract.

While some may predict a bleak future for what they consider the traditional choir, it is initiatives like Only Boys Aloud that have used tradition at their core. Their mission statement is that they want to preserve the world-renown Welsh heritage of choral singing. The key concept that they understand, however, is that choir still needs to be relevant to today wherever they are in the world.

It is important to note that a choir’s reach for members is a lot greater these days, “We have only four members who live in Morriston,” says Roy Pugh, “our reputation attracts members from the City and County of Swansea, Neath and Port Talbot, Bridgend and as far away as Cardiff, Pontypool and Tenby.

Everybody knows that change is vital if an organisation is to remain successful and relevant. The survival of traditional choirs seems in no doubt to be strong, but in order to do so they must learn to adapt their music to encourage both a new generation of singers and listeners. Dean Powell suggests, “Change or die, quite simply.” He says that choirs will have to adapt to new music and new trends in music. He believes the key is “not to become institutionalised.”

All that is left now is for choirs to find the fine line between keeping true to their heritage but maybe not the blazers. It appears, however, that we won’t be losing sight or sound of this true musical legacy any time soon and surely that’s music to everyone’s ears.

The wall of sound

Only Boys Aloud impress the judges on Britain’s Got Talent

Morriston Orpheus Choir singing the more modern You Raise Me Up 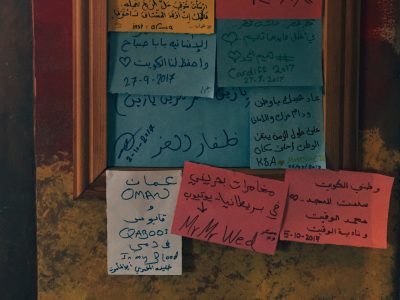 The mix of culture and flavor at Gina’s 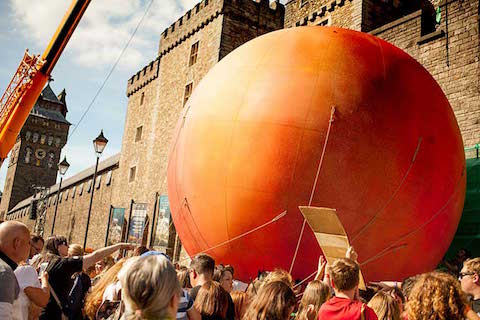 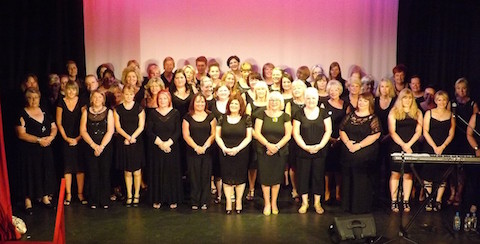