Home > Culture > A novel released in time for Christmas

A novel released in time for Christmas The River (Courtesy of Nick Frampton) 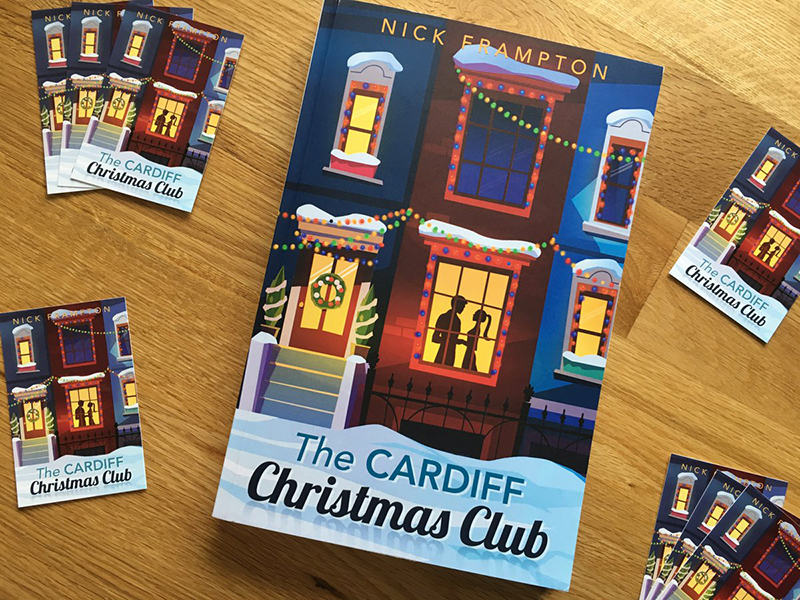 A festive romance book has been released by a Cardiff University alumnus which presents a group of friends falling in and out of love.

The Cardiff Christmas Club is the latest novel by Nick Frampton which features familiar landmarks of Cardiff. A lot of the scenes find their way in to the book from Nick’s personal experiences and fond memories of the city.

“I was tired of seeing so many romance books and movies set in London, or New York, or sleepy English villages that no one had ever heard of,” said Nick. “The city is a big part of the novel: it’s an affectionate homage to a place I love and I think a lot of people will relate to both the setting and the story.” Similarly to the author, the main character of the novel Katy takes a year out to travel abroad and her return to Cardiff acts as the opener for the story.

At the beginning of the story Katy runs over the Blackweir bridge into the wide expanse of Bute park where she meets her ex-boyfriend for the first time since she left Cardiff a year ago.

Nick said there were a lot of other references to places in the city such as the crisscrossing shopping arcades in the city centre and smaller ones such as Chippy Alley which only people who had spent some time in Cardiff would know.

He came up with the idea for the novel upon his return from travelling abroad and decided to participate in the National Novel Writing Month that takes place during November. He managed to write most of the first draft in November 2015 as part of the writing project and finished it by February 2016.

With the publication of the novel, Nick said, “Now I write regularly, I am a member of a writing group and have published four titles in total, with plans for more next year.”

The River (Courtesy of Nick Frampton)