Home > Culture > Quirky Poet is the chalk of the town

Quirky Poet is the chalk of the town

You might have spotted The Pavement Poet’s artwork on the streets of Cardiff – it’s hard not to.

Colorful chalk poetry is popping up on pavements around Cardiff high street by traveling artist and poet Danny Rowland, 31. “Spain treat chalk the same as spray paint so I’ve had some issues with ‘graffiti’. But Cardiff council have never once given me issues,” said Danny

He captures the impermanence of thought by displaying his art in busy places using chalk. “It doesn’t bother me that it gets washed away by the rain,” he said, “that’s exactly my point.”

The use of chalk means the art it doesn’t last and doesn’t legally count as graffiti or criminal damage.

“There’s a belief in the UK that we can only do things if there’s a law allowing us to do it”, Danny said, “and all our rights have to be granted to us. It’s not strictly prohibited, so I’m doing it because I can.”

Danny said he doesn’t mind when people walk over his work either, as it then becomes part of their life. Reactions to his artwork varies from tears to laughter.

Over the three years of pavement poetry, people have misinterpreted his art. However, Danny understands that he can’t challenge individual opinion, but encourages it.

Local Cardiff illustrator Iona Jones, 22, said that it’s important art changes along with our surroundings. “It’s exciting that it’s not permanent because you never know when it might change,” she said.

“It’s an incident in life.”

Swindon-born Danny doesn’t like the concept of profound meaning in his public poetry. He wants to express himself for the sake of it, and tells his tales of traveling the world using accessible language and rhyme. Danny has travelled to Italy, France, Spain, Belgium, Germany, Switzerland and Asia to display his poetry on busy pavements

“Poetry is art,” he said, “and it always bothers me when people think art is separate to the poet. I am a poet therefore I am an artist. Poetry is my mode of expression.”

Danny likes the public aspect of his art rather than private exhibitions, as doing it in the street allows him to be entirely self-sufficient. He said, “My art is completely my own.” 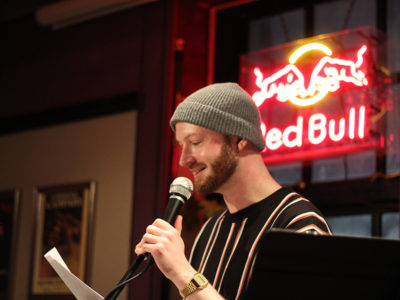 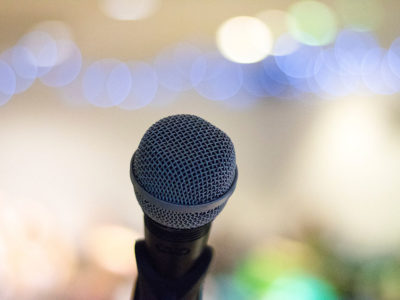