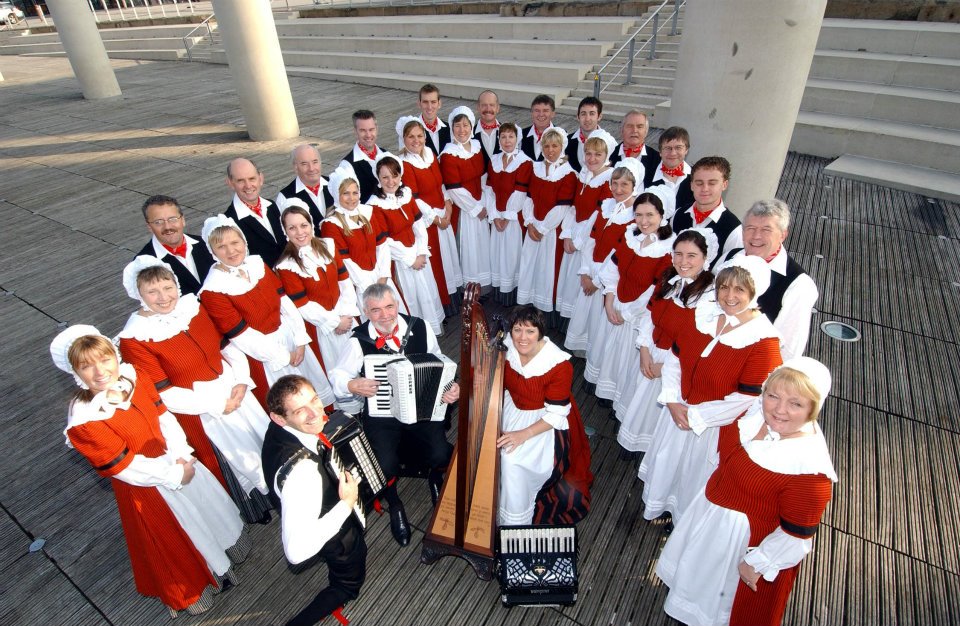 The company, who operate in the Welsh language, have members spanning three different generations.

This wide range of ages allows for a handing down of traditions and values between families and friends, as the company’s secretary, Rhian Myhre says. Dancers of all ages can enjoy at Cwmni Dawns Werin Caerdydd.

The 40-strong dance troupe see the maintenance of traditional Welsh arts like dancing as integral to the survival of Welsh language and culture.

Rhian says: “Many of our dances are energetic, so youth is always welcome as, apart from anything else, they look better when performed. Essentially though, the reason why it’s important that young people are involved in a tradition like dancing is that it’s great fun and very sociable.”

Reaching out to young people and ensuring they become involved in these activities will provide a link to Welsh heritage which allows them to feel connected to their language and culture.

Involvement in such group activities not only encourages use of the Welsh language but also enriches their lives and gives young people a more rounded attitude to life, Rhian says.

Other companies share this view of Dawnsio Gwerin as a fulfilling pastime which improves the lives of young people. Dawnsio Gwerin is energetic and inclusive.

James Bain, a 22 year-old former member of Dawnsio Tawerin, based in the Swansea Valley, remarked: “I’ve never felt more a part of something than I did when I was doing Dawnsio Gwerin.”

The success of organisations such as Cwmni Dawns Werin Caerdydd in encouraging young people towards the Welsh language will be a key factor in ensuring the Welsh government’s pledge to create a million Welsh speakers by 2050 becomes a reality.