For more information, and to order cakes, visit the Little Suzi’s Kitchen website. Some examples of Suzi’s work can be seen below, including a witch’s cauldron, volcano, monkey, hen party, New York cupcakes, Cookie Monster cupcakes and a penguin Christmas cake (photos courtesy of Suzi). More photos of her creations can be found on Twitpic.

Suzi at home with her bakery creations (photo: MB)

Sometimes, you don’t need to ask questions: upon entering Suzi Carter’s home, you’re immediately hit with the smell of freshly-baked cakes. The delicious scent is a badge of honour which Suzi wears when she goes back to her day job as Marketing and Campaigns Manager at theatre company Sherman Cymru. She jokes, “When I go into work sometimes I do smell of cake, even though I’ve had a shower!”

In order to fit baking around her job, Suzi gets up at 5am and it is this dedication to the art of baking which defines Little Suzi’s Kitchen. Her personal touch is also part of the reason why she has been shortlisted for the 2012 Young British Foodie awards and the 2011 National Cupcake Awards.

Both ceremonies look for applicants who experiment with food or have a particular niche within their field and Suzi has a story behind hers: she is gluten intolerant and wanted to address the lack of quality gluten-free cakes on the market. “I think people have got this preconception that, because it’s gluten-free, it’s going to taste like cardboard; it’s going to be a bit minging,” she says. “I think that’s why I was so determined to find something.”

And find something she did, with Little Suzi’s Kitchen far exceeding its 29-year-old namesake’s estimates for expansion within only its first year. However, baking wasn’t always Suzi’s primary ambition. Raised in Neath, she graduated in Journalism, Film and Media from Cardiff University in 2004 and hasn’t thought about leaving the city since.

After her degree, Suzi contributed to The Wave Swansea, the Western Mail and Swansea’s Evening Post, positions which she says helped her when starting a new business. “It was daunting, although I’d been self-employed previously, as a journalist and doing presenting, so that side of things I wasn’t too worried about. The only thing I’ve got to worry about is time management; I’ve got to say no to people but I find it really hard, especially when I tell them I love baking!”

Although starting her own cake business had been at the back of her mind, it wasn’t until the Sherman Theatre began renovation work that Suzi was able to find the time to make her dream a reality. She started off during Christmas 2010, selling cakes to friends and family, before crafting one of her proudest creations: a giant monkey birthday cake for her fiancé, Jez.

“I took it to the restaurant and none of his family had seen any packaging so they presumed I had bought it from Waitrose or something,” Suzi explains. “When we all tucked in, they said ‘oh, this is really nice cake; where did you get it from?’ I replied ‘well, I made it and it’s gluten free!’ and they said ‘no way’!”

Suzi doesn’t just cater for those who share her intolerance. Recently, she has been getting more and more requests from diabetic and celiac customers, as well as from those with egg allergies. Combined with a love for the unexplored, this is what prompts Suzi to experiment with a smorgasbord of unorthodox ingredients, including parsnip, butternut squash, potato and lavender cakes. As she points out, “Now, loads of people love carrot cake, but years ago people were going ‘carrot cake? You can’t eat carrot cake’!”

Having grown up in a house where people were always coming and going, Suzi is keen to share her unique creations with anyone who might appreciate them. To this end, she hosts afternoon teas in her living room, where eager foodies are able to meet and dig in to a selection of gluten-free sandwiches, scones and cakes. These parties are also important, says Suzi, as they provide an opportunity for meeting new people without having to go on a night out.

Before embarking on the project, Suzi made a rough business plan but within just 12 months she has already exceeded expectations for her third or even fourth year. However, this rapid expansion was not due to advertising or PR campaigns, but social media and online search engines. Suzi enthuses, “I was checking last night and if you type ‘Cardiff cakes’ into Google I’m really high up and I haven’t even got a shop!”

In terms of the future, the Sherman Theatre’s re-opening is likely to take up a lot of her time, but that hasn’t stopped Suzi taking bookings for wedding cakes as far away as 2013. Does she ever have any worries about what the future holds? “I’ve started doing quite a few hen party cakes and I do get worried about what they’re going to ask me to do,” Suzi laughs. “Most of the time it’s a little man in a bed which hasn’t been too bad, but I just hope it’s nothing more graphic than that!”

For more information, and to order cakes, visit the Little Suzi’s Kitchen website. Some examples of Suzi’s work can be seen below, including a witch’s cauldron, volcano, monkey, hen party, New York cupcakes, Cookie Monster cupcakes and a penguin Christmas cake (photos courtesy of Suzi). More photos of her creations can be found on Twitpic. 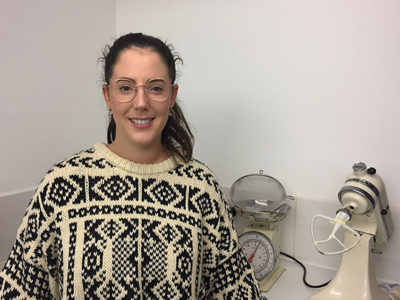 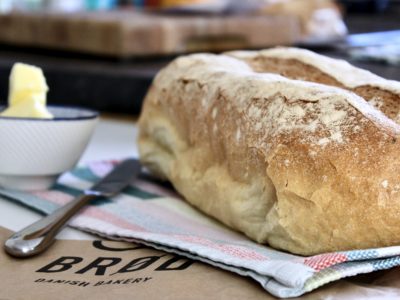