How to make Welsh cakes

Where to go for Welsh food in Cardiff

With an increase in food choice in the capital is it more important than ever to promote Welsh food and produce in Cardiff?

Armed with steaming bowls of Black Beef cawl, cheeses from all regions of the country and Welsh cakes a-plenty, the victors of this year’s Wales True Taste Awards stream towards Shanghai. Like moths to the flame the competitors are beckoned by the bright lights of the Asian capital, new opportunities for Welsh cuisine dancing in their eyes. But for all the hype surrounding Wales’s culinary prowess, neither a single victor, nor competitor of this year’s awards hails from Cardiff. Is it right to be promoting Welsh cuisine abroad if it isn’t being celebrated in the country’s capital?

Back in 2009 Cardiff claimed eight Welsh food restaurants, some, like Sosban Fach and the Armless Dragon presented an exclusively Welsh menu while others compromised with the addition of a few British pub classics. Fast forward to 2012 and only three remain, Ffresh on the Bay, Madame Fromage in the Arcades and The Promised Land on Windsor Place, which begs the question, why in such a proud capital is Welsh food no longer on the menu?

Cardiff has grown substantially in the past few years and with its growth has come more choice and more variety. The installation of St. David’s 2 has seen the introduction of a range of new restaurants, cafes and delis catering for a huge variety of cuisines and tastes. Chains like ASK, Jamie Oliver and Wagamama offer food from around the world at reasonable prices so perhaps the loss of Welsh cuisine has something to do with the chain restaurant takeover. This is certainly contributing in part to the problem, says Editor of Welsh and Country magazine Kath Rhodes. “Food is a fashion and what type of food is in fashion now is quick cooking, which is obviously quite different to some Welsh dishes like cawl, bara brith and larva bread which are cooked a lot slower,” she says, “regardless of the fashion it is far more important to embrace the production of local food that is available in Wales and support our wonderful artisan producers.”

A spokesman for the Welsh Government offered a similar insight, explaining that dishes such as shencin, pasties and cawl were born out of necessity, when meals needed to be cheap, and utilise any and all parts of the meat they contained. The Welsh Government spokesman also attributes the change in people’s tastes to the increased amount of choice surrounding food in Cardiff.  One way of increasing the popularity and awareness of Welsh food is to promote Welsh products when they are used, so by normalising the purchase of Welsh products, and not just the ones with PGI status (Protected Geographical Indication), like Welsh Lamb and Welsh Black Beef, we might experience a growth in Welsh food consumption. “The truth is,” says the spokesman, “many restaurants are using locally-sourced produce but just aren’t advertising as such, if every business using Welsh produce in Cardiff stated they were, we might be seeing a different story.”

One restaurant taking this advice very seriously is The Promised Land restaurant and bar on Windsor Place. Their menu is made up of a medley of European, British pub grub and traditional Welsh dishes like rarebit, faggots and cockles and bacon, for which the chef’s Grandmother provided the recipes. But as manager Amy Shaw points out, every single ingredient on the menu is sourced locally and advertised as such, “The furthest we go for our produce is Pontypridd,” she beams, “the owner of The Promised Land is very patriotic and all of us are keen to use local produce. Our lava bread with cockles and bacon and Welsh Faggots is, I’d say, the choice for 90% of tourists who come here.”

Author of two Welsh cookbooks Jenny Kenna agrees that the public have a fascination with older traditions and believes it is important to encourage this culture of passing recipes on in Cardiff as well as Wales. Her second book Quaking Pudding: A Georgian kitchen in Wales was released in October this year and features 200-year-old recipes which her Grandmother cooked in a deli opposite Cardiff Castle, “It’s that personal attribution which I think people find interesting,” she says, “I think it’s very important to uphold traditions such as these especially in our capital and I am very surprised that there aren’t more restaurants which cater for Welsh cuisine, it seems like such a waste when we have so many tourists visiting the capital daily.”

A time for change

In the last three years Cardiff has seen an enormous change to its infrastructure and in turn its culinary culture has changed too, which has caused a marked decline of Welsh restaurants in the city.  Never the less it is positive to see that the remaining few are upholding traditions well by promoting Welsh produce, perhaps what’s needed is increased awareness in other restaurants in the capital who also use local produce, and a push for Cardiff to get involved in future Wales True Taste Awards, in order to bring the capital back into the Welsh culinary picture.

How to make Welsh cakes

Where to go for Welsh food in Cardiff 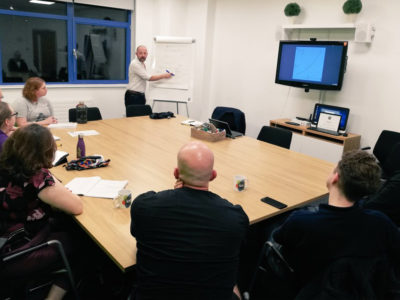