The restaurants discussed can be found on this map:

For more information about the Welsh Government’s plans for the restaurant scene, visit Business Wales’ website.

Cardiff is facing a restaurant boom – but how does the rest of Wales join in?

In contrast to the economic downturn, UK consumer expenditure on food, drink and catering managed to rise by 4% up to £196 billion in 2013.

In Cardiff, it seems like there’s plenty to be excited about in the current restaurant scene. Recent news stories have shown some encouraging statistics for the city. In September, Cardiff was named the third fastest-growing food and drink city in the UK at a rate of 82% in the space of a year, according to event registration website Eventbrite. At the same time, more than 60 major restaurant and bar operators are looking to open up in the city at a level of demand not seen in 20 years, according to property agent EJ Hales.

But there are other areas of Wales that look less promising. Cardiff is the only part of Wales with an economy above the UK average, according to UK finance figures. In a similar manner to London, Cardiff as a capital city has all the resources needed to let its restaurant scene flourish, but there is a lot of importance that some believe must be placed on increasing the restaurant scene and encouraging it to impact the rest of Wales. To help boost the rest of the county, senior lecturer in accounting and finance at Cardiff Metropolitan University, Chris Parry, has recently called for a “mid Wales powerhouse”.

Parry’s colleague Dr Claire Haven-Tang, head of tourism, hospitality and events at the University, backs up these comments, explaining that it is independent restaurants that face the most issues. She says, “They’re much smaller microbusinesses and so from a skills perspective in terms of recruiting staff, that’s always more difficult.”

A large part of Cardiff’s unbalanced success next to the rest of Wales is due to the close proximity of other businesses, according to Sheri Hall, account manager with advertising company Golley Slater. She says, “With the A-grade office space coming into Cardiff, it’s professionalising the area a bit. You’ve got more money and jobs coming in, so restaurants want a piece of the action.”

Eating in Monmouthshire
One example of a success story outside of Cardiff, according to Claire, is Monmouthshire, a rural area that prides itself on being the food capital of Wales. One of the leading restaurants in the area is Abergavenny’s Michelin-starred independent inn and restaurant The Walnut Tree, which manager Shaun Hill says has managed to be so successful due to finding its clear niche. He says that people will come to countryside areas like his because the scenery’s fabulous, good food being a bonus. While people who live within driving distance can come and eat, he points out the hotel survives because it is in fabulous scenery and its clientele come from areas as far as San Francisco. He adds that places such as his have a greater amount of sustainability than many others. He says, “If you look at the newspaper restaurant reviews, what you’ll see if you’re in the trade like myself is the same address coming up, just a new place coming in as something hasn’t made it. The countryside has always been slightly different. The good news for us restaurants in the countryside is, once you’re established, you tend to survive much longer than places in town.”

Shaun Hill explains that Abergavenny is full of middle aged, comfortably off, professional people who make up the bulk of the lunchtime trade.

The importance of destination restaurants has been echoed by Ian Mugridge, manager of Swansea restaurant The Kitchen Table. He says of his restaurant, “It’s a destination place, it’s not like a city centre place, but we could always do with more parking or better roads.”

But other areas, Claire explains, have had issues outside Cardiff. She recalls how Cardiff Bay Chinese restaurant The Pearl of the Orient had difficulties while trying to expand outwards. She says, ”There was a sushi place there and I think they owned a bar or restaurant in Pontypridd as well. I guess they might have been a particular group that originated locally and they tried to expand with slightly different food offers in each location.”

In another blow to the Welsh catering sector, pubs in North and Mid Wales were closing every nine days, revealed a January 2015 Daily Post report.

“You’ll see the same address coming up, just a new place coming in as something hasn’t made it”

Plan of Action
The Food Tourism Action Plan for Wales 2015-2020 is the plan by the Welsh Government to increase food tourism, essential for areas like Monmouthshire to thrive. The initiatives it identifies include:

The plan highlights that 89 million day visits were made by British residents to Welsh destinations in 2013, generating over £3,000 million, 40% of which goes towards eating out. The Welsh government’s Food Festival Grant Scheme also shows that there has been over £70,000 (shown in graph below) in food festival investment across Wales.

It certainly seems like the focus of the Welsh government extends far beyond the Cardiff area. As much as there is no easy way to even out the restaurant scene of the whole country, problems are being addressed and Wales’ restaurant scene is something that can hopefully contribute heavily to UK consumer expenditure for many years to come.

The restaurants discussed can be found on this map:

For more information about the Welsh Government’s plans for the restaurant scene, visit Business Wales’ website. 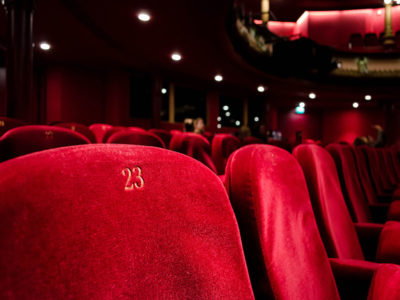