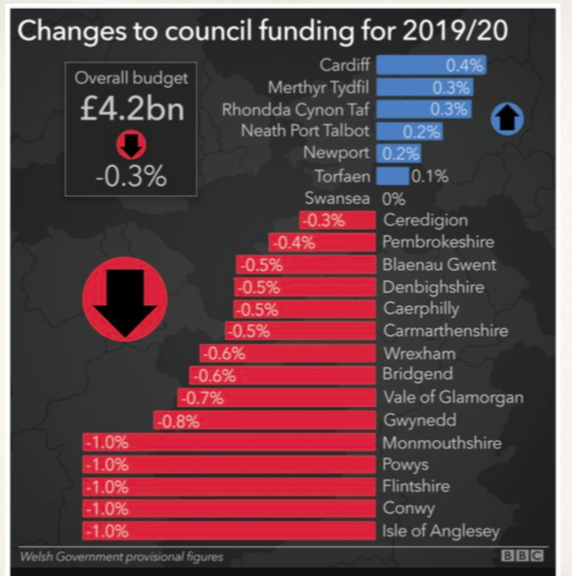 Cardiff could receive an increase of 0.4% in council funding for 2019/20, whilst many areas in Wales will see a decline of up to 1%, according to provisional figures set out by the Welsh Government. Bridgend and Caerphilly may be among those affected by a small drop in the new budget.

Who should see an increase in funding: the capital city or other areas in Wales? “Well, there’s obviously more going on in Cardiff and there’s more people in Cardiff, so it would need more funding but hopefully not to the detriment of the others.” “It’s hard to say. I’ve seen a lot of things like old people’s homes go down the drain in Cardiff. There used to be far more of them; there’s now very few that are run by the council. Cardiff needs such a lot doing to it.” “Cardiff is relatively a stronger economy so I think it’ll probably be able to cope with changes to its funding more than, say, Rhondda Cynon Taf.” “Well I think it should all be allocated on a proportional basis.” “Sometimes these figures can be a bit misleading when you look into them, can’t they? I think they should all get more.” “That’s a tough one. We’ve got a lot of tourists coming into the city centre so they do bring a lot of money in. But, I know there’s areas in Caerphilly that probably would be desperate for more funds.”