See the full list of events coming up in the museum

For more on accessibility at National Museum Cardiff, go here 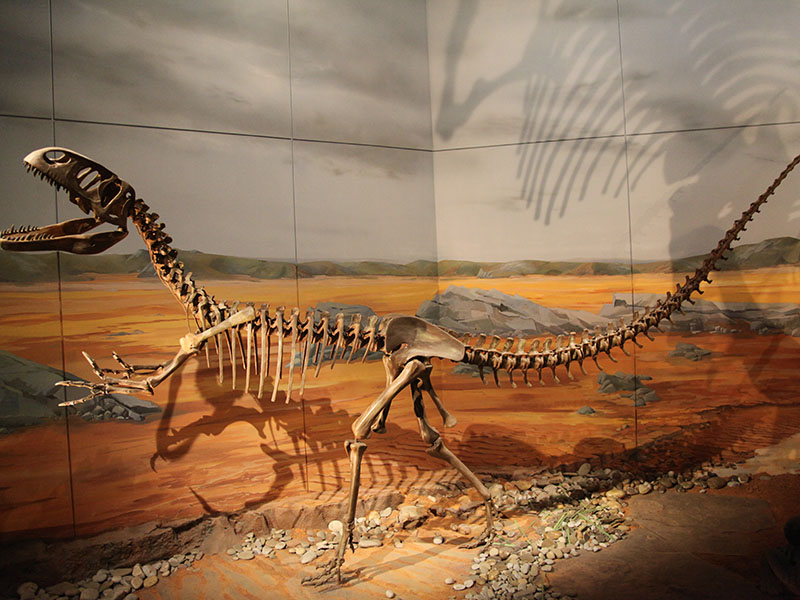 Stephanie Roberts, learning, participation and interpretation officer, National Museum Cardiff further said that these audio description tours – which are guided visits designed for the visually impaired people – have been a part of the museum’s programmes for about two years now.

“In recent times, there have been tours which reached the maximum number of participants allowed,” she informed.

The maximum capacity of an audio description tour is 20 people.

This will be the second audio description tour of Evolution of Wales.

According to the museum’s website, Evolution of Wales embarks you on a journey from the origins of our planet’s formation to the present day.

“On this tour we will encounter meteorites, coal forests, dinosaurs, woolly mammoths and more,” the website says.

“The Evolution of Wales gallery can be tricky for visually challenged people to navigate around, given that there are slopes and that some sections of it are rather dark,” Stephanie said.

Staff members assist the visitors in these tours. Most tours also have guide dogs. Moreover, the visitors can also bring a companion for assistance.

“We explain the exhibits during the audio description tour. We build a story,” Stephanie said. “But that is not enough.”There are certain specimens which the visitors are allowed to touch.” With specimens and exhibits, museums usually are visually very dominant. But there are other ways of making the experience fun for those with visual impairment. Credit: National Museum Wales

By incorporating vivid descriptions and sense of touch – and sometimes even the sense of smell – such tours become lively and engaging for the visually challenged people so that they are not deprived of the education and joy museums provide.

See the full list of events coming up in the museum

For more on accessibility at National Museum Cardiff, go here