To find out more about Young Jim visit their facebook page where you can also listen to their new EP, Consequencia.

“When I was five years old, I saw Status Quo on TV and, as soon as I heard the guitar solo, I knew that’s what I wanted to do,” says 31 year old singer and guitarist Tim Bannister, one half of two-piece rock band Young Jim, who have just released their first EP, Consequencia. Tim added, “I got my first guitar at 13 and was 16 when I started playing in my first band with a school friend” but Tim claims it wasn’t until he was 25 he started to play professionally.

Tim Bannister is one half of rock duo Young Jim

Tim, from Roath Park in Cardiff, has played for several bands over the years, from function bands to jazz duos, but has now finally settled in Young Jim with friend and band-mate, Brazilian born, Junior Secco. “I guess we’re the same style as the White Stripes  in terms of having two members,” he says “but our musical style is more like Queens of the Stone Age; they are our main influence musically.”

Young Jim was formed in March this year after Tim and Junior realised they had a good musical connection. The duo met through Junior’s wife and currently rehearse in Junior’s house in Cathays. “The next-door neighbours have a band as well. I think the whole street hates those two houses as there’s always so much racket coming from them,” Tim laughs.

Tim and Junior also got the opportunity to play together when they formed part of American artist Roy Fields’s band for his recent tour, when they also travelled to South Korea.“South Korea was probably the highlight of my career,” grins Tim “it was my first time travelling to that part of the world and my first time playing guitar outside Britain.”

After performing in South Korea, Tim believes his dream gig would be playing in America. “I would love to play in America, any kind of tour, they don’t have to be massive venues or anything,” he smiles. As for his dream musical partner, Tim would relish the opportunity to play with Chris Cornell, lead singer of Soundgarden.

However, one of the down sides of being a musician is the money. Tim muses, “Until you make it, there can be problems generating cash flow, there are lots of peaks and dips. The hardest thing is you want as much time as possible to be creative but have to earn as well and it can be quite hard to juggle the two.”

Talking about how he works, Tim believes there are two ways to approach writing songs. The first is writing the music and then adding lyrics. The second is writing the poetry and then composing the accompanying music. He claims, “Personally, I always write the music first, I’ll write the chords, the riffs, the hooks, I’ll have the whole melody mapped out in my head and then I write the lyrics later. I have a lot of songs finished without the lyrics. I then have to find themes to write about.”

He admits writing lyrics and finding things to write about are probably his weakest attributes as a musician but he tries not to take himself too seriously. Tim says, “In past bands I have been in, I have taken it very seriously and been desperate to make it”. Tim has therefore decided to take a more relaxed approach to Young Jim. He claims, “If we don’t make it, it’s not the end of the world. In previous bands there has been so much pressure and intensity it can take the fun away from making music.”

Tim, who also plays bass, piano and drums and is learning the violin “just for fun” is currently involved in a six week project funded by Arts Council Wales teaching teenagers to play instruments and write songs. The Rhondda based project will then provide the teens involved with an OCN (Open College Network) qualification. Tim also teaches guitar on a one-to-one basis and says, although he dabbles with other instruments, playing the guitar is his main passion.

In terms of future plans, Tim is not putting too much pressure on himself. Young Jim released their first EP, entitled Consequencia, featuring five songs, two weeks ago at a recent gig held in Gwdihw bar. This is available in hard copy or from the Young Jim facebook page. Jim and Junior are also planning on touring with Roy Fields again in the new year.

To find out more about Young Jim visit their facebook page where you can also listen to their new EP, Consequencia. 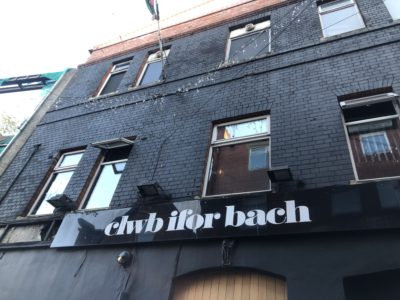 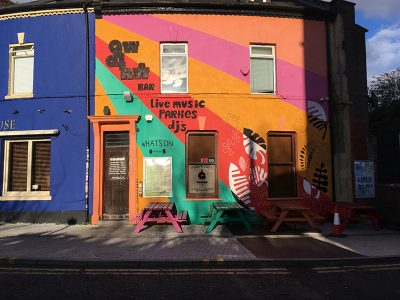 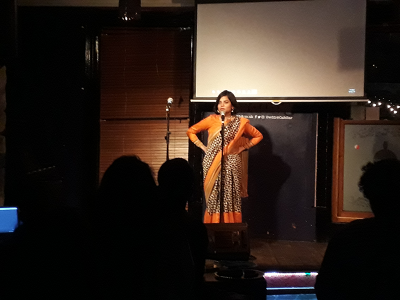