We've got not one but two gorgeous events tonight at Tramshed! @northwood_music will be joining us for an evening of jazz whilst @howlcomedy will have us roaring with laughter in @tramshedcinema Join us from 4pm for a fantastic evening of jazz and jubilation! 🍻 🎺 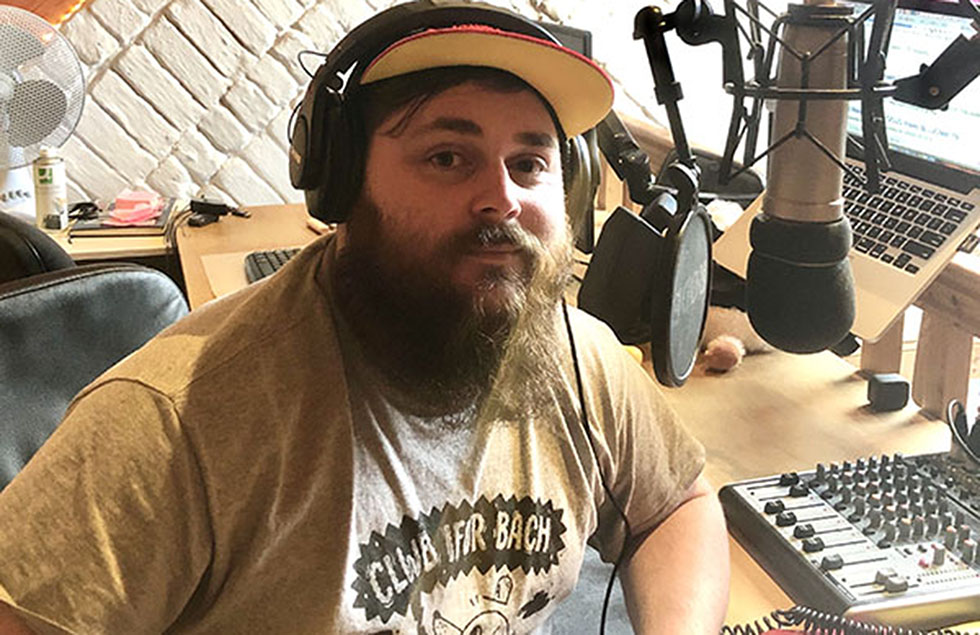 The founder of Minty’s Gig Guide to Cardiff, a popular podcaster and an expert on live and independent music in the city discusses his passion for concerts, indie artists and local music venues

Daniel Minty, 30, is paving the way for the current discussion around live music and the protection of it in South Wales. As one of the judges of this year’s Welsh Music Prize, taking place later this month, he is a qualified authority on the subject.

Since 2016, Daniel – better known to most as Minty – has been running Minty’s Gig Guide to Cardiff: a free podcast and digital map for music lovers constantly on the search for the best live gigs around.

In the years that have passed since Minty first established the Gig Guide, he has seen several threats encroach onto Cardiff’s live music scene. Earlier this year Gwdhihw, a beloved venue renowned for hosting independent gigs, closed its doors as major developers began the demolition of Guildford Crescent.

Following this, Minty feels that the fight for the protection of live and local music is more important than ever. But where did his love for gigs and indie bands come from?

“When I was young, I had this really good relationship with my dad and he loved music,” Minty states, wearing a nostalgic smile. “One of my earliest memories of music was this Pioneer stack that he had in the living room and he would play The Verve, Stereophonics and Nirvana. The volume would be at seventy or eighty and I just loved it.”

Minty grew up living in between the former mining communities of Blackwood and Abertillery, which he says were “decimated” in the 80s and 90s by Westminster’s governance. But music in this period, he says, was his “salvation”.

With a father that treated music as if it were holy and a mother who performed as a cabaret singer, Minty was bound to develop a passion for the scene.

As his parents clung on to music and viewed it as a sacred space Minty did too, and this love eventually led to him pursuing student radio with a vigour when he started studying filmmaking in Bristol.

As a teenager, Minty discovered Huw Stephens and Bethan Elfyn’s Wales programme on BBC Radio 1. While he was working in petrol stations and fast food service, Minty found Stephens and Elfyn’s programme served as a route into the discussion and promotion of independent Welsh music.

To this day, he cites them as his idols. “I listened to their show religiously,” Minty says, “I took everything that they said as gospel. If they said a band was great, then I knew they were.”

After moving into freelance radio work, at organisations such as BBC Radio Wales and attending events such as FOCUS Wales – a showcase festival in Wrexham, that consists of celebrating music, film and art – Minty decided that he wanted to throw himself even more into the exposure of independent Welsh music in Cardiff.

“I moved to Cardiff in a tent in July 2016, just after Glastonbury,” Minty stated, “I camped for six weeks in Sophia Gardens. I got myself a full-time job and got myself a room in Pontcanna. Then, I started up the Gig Guide properly and even managed to get Feeder on my first podcast.

“I wanted to go to gigs in Cardiff and I just wanted to see my city do well.”

Minty just wanted to create and cultivate a space where his beloved indie Welsh music could be paid attention to: “After attending Sŵn and similar festivals, I fell really hard for the scene here.”

The fight for the protection of Welsh music

As well as running the Gig Guide, Minty is committed to the battle to keep the Welsh music scene alive in the capital city and was a leading member of 2017’s campaign to save Womanby Street: the epicentre of indie gigs in Cardiff.

When considering what the future might be for the Gig Guide and for the safeguarding of independent Welsh music, Minty drew on the speech that he gave to the crowd during a 2017 march to protect Cardiff’s live venues.

“The powers that be see this street [Womanby] as just a few slabs of concrete,” he says. “It is our duty to show the city of Cardiff and many others across the globe that this is our community.”

We've got not one but two gorgeous events tonight at Tramshed! @northwood_music will be joining us for an evening of jazz whilst @howlcomedy will have us roaring with laughter in @tramshedcinema Join us from 4pm for a fantastic evening of jazz and jubilation! 🍻 🎺 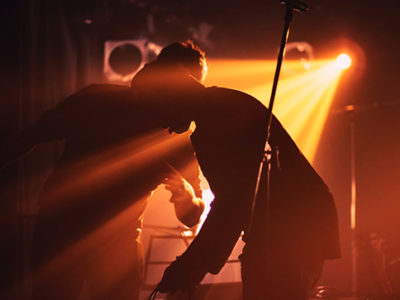