The inherently social nature of gigging around Cardiff’s bar scene means that Jack knows the majority of hospitality staff in the city. When asked if this is useful for networking he replied “it’s useful for discounts” with a wry smile.

“The biggest challenge is working with musicians” Jack laughed. 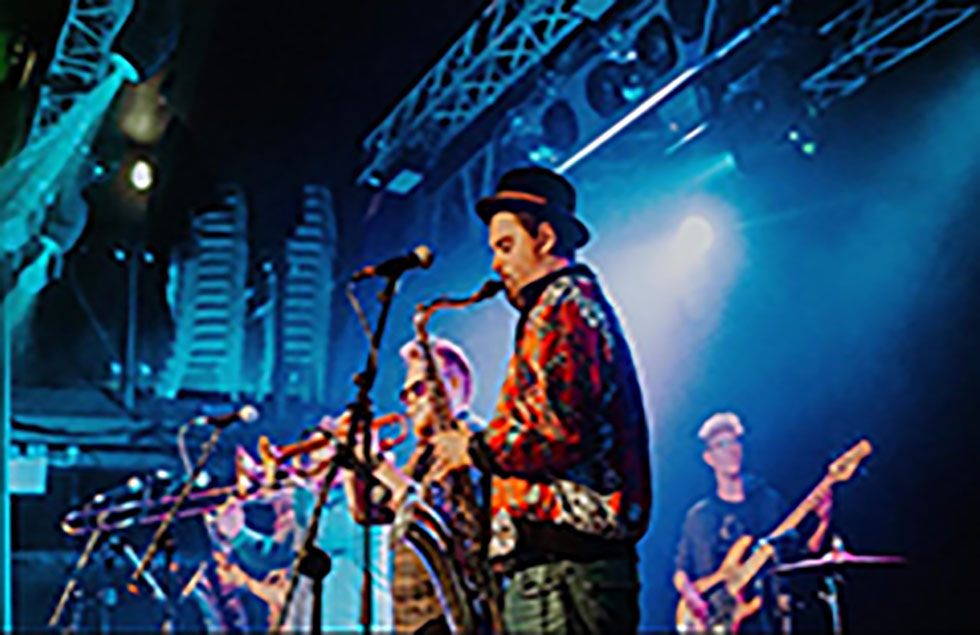 Jack Mac is instantly recognisable to fans of the Cardiff music and bar scene. He talks about his path to music and his funky sax style.

Jack McDougal, 26, is a saxophonist who performs with The Bandits Jazz Trio, brass ensemble Bass 12 and as a solo artist. You may know him as Jack Mac

Years of regular slots have made the musician a familiar face around the city. Jack admits that he often gets recognised. “More and more often I recognise people in the audience from previous gigs, so it’s nice that I’ve got somewhat of a following”, he laughed.

Jack is planning to perform in new places, “I love gigging in Cardiff, but I gig too much in Cardiff”

“The problem with gigging too much in a certain place is that people know you gig all the time. They come to your gigs less because they know they can come another time,” he said.

Jack describes a regular gig in London as being the dream, also suggesting he would love to experience the Scotland scene.

Fellow Bass 12 band member Christopher Davis is confident Jack will expand to gigging in other areas.  “Jack is easily the most charismatic sax player I’ve ever met,” he says.

Growing up in West Sussex, Jack played instruments from a young age. He began piano lessons aged four to help his dyspraxia.

Recognised primarily for the genre of jazz, Jacks first love and biggest musical influence was blues, inspired to play the saxophone aged eight when he watched Blues Brothers.

He studied joint music and mathematics at Cardiff University. However, when he graduated in 2014 Jack wasn’t initially looking to go into music as a career.

“My logic was that people don’t always enjoy their jobs. I enjoy music, ergo if I start working in music, I wouldn’t enjoy it anymore,” he said.

At the same time, he and some friends had secured a regular spot playing at Lab 22 in central Cardiff, a spot he still retains five years later.

Jack undertook a Master’s degree in Jazz at the Royal Welsh college of music and drama, graduating in 2018.

“I felt I needed to improve my jazz language because up until that point my formal tuition had been in classical,” he explained.

In addition to gigs Jack teaches saxophone lessons both privately and in schools. Teaching has sharpened his musical skills, “you become a much better player when you teach,” he says “because you have to learn about your instrument in a new way”.

Blending teaching with performing offers Jack the chance to take nights off to socialise and relax. Despite the challenges of a competitive industry he loves the career he has fashioned for himself,

“I very much enjoy being self-employed,” he explains, “music itself is unpredictable which for some people might be scary but it makes me excited.”

Jack Mac speaking on his distinctive style and fashion onstage.

Interested in learning more about the characters around Cardiff? read our series of features on interesting people around the city.

The inherently social nature of gigging around Cardiff’s bar scene means that Jack knows the majority of hospitality staff in the city. When asked if this is useful for networking he replied “it’s useful for discounts” with a wry smile.

“The biggest challenge is working with musicians” Jack laughed.