See the Ab Fab Winter Wonderland page on evensci for details of vendors and organisations that will be attending. 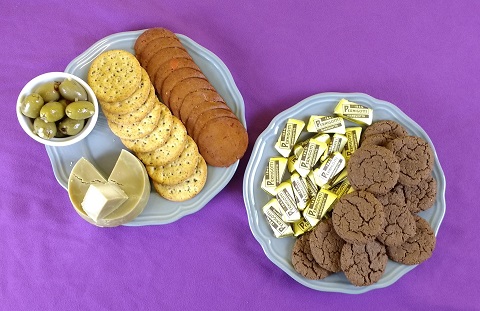 Cardiff hosts many food festivals, but Absolutely Fabulous’s Winter Wonderland scheduled for this Sunday, 4 December, at the Depot promises a unique twist.

The festival will be 100% vegan with chefs from across the country bringing their tastiest creations and vendors offering cruelty-free items perfect for Christmas gift lists. The winter theme will be Alice in Wonderland with an adults’ costume competition and special prizes.

Absolutely Fabulous, or Ab Fab, is the brainchild of Penarth-based Sue Thomas, a former sales and marketing whiz turned vegan event organiser. “Like many, I was brought up on meat and dairy and thought that eating them was the right thing to do,” she explains.

Her perceptions changed several years ago after watching a film on the animal products industry that convinced her to go vegan. Sue realised her event management skills could help promote the vegan lifestyle, and she set up Ab Fab to organise food festivals. She tries to do one per month, and has taken them all around South Wales and to Bristol.

Sue has lined up some of the best vegan talent from Cardiff and beyond for Winter Wonderland. One of the companies coming is Cheese and Chocolate, a pop-up restaurant run by James Evans and Rhiannon Lane. James confirmed they’ll bring their signature dish of vegan mac and cheese to Winter Wonderland, plus a special Christmas-themed sweet they’re currently developing.

Try a Christmassy vegan hot chocolate made with red wine

The Vegan Pizza Company will also be there. Co-owner Kevin Lewis says they’ll bring their most popular items, and adds, “We’re playing about with a few Christmassy ingredients for a special themed pizza.”

Both companies have been involved in a number of Ab Fab’s events and intend to continue with them. Kevin has noticed a rapid growth in Cardiff’s vegan scene and believes it will become even stronger. He says, “There’s a nice vegan community in Cardiff and there’s always a good vibe.”

See the Ab Fab Winter Wonderland page on evensci for details of vendors and organisations that will be attending.