As the sun rises, two tall shadows stand by Glenwood Church. These silhouettes are of a pair of ladders left behind by thieves who stole lead during the night. “It’s the third time in two years,” sighed Steve Gardiner, the facilities manager. “The street value of what they’ve taken may be £90, but it costs £2000 to replace.”

Glenwood Church isn’t the first church in Cardiff to be a victim of metal theft. In November, Christ Church in Roath and Trinity Church in Porthcawl suffered similar fates; the latter was evacuated during Sunday Service when someone discovered the roof was missing its copper pipes.

You would be wrong if you think only churchgoers, facility managers and highflying birds are aware of this trend – if your train is delayed, it’s possibly because a cable was snatched and sold to a scrap metal dealer. After all, Network Rail reported 995 thefts from rail lines between April 2010 and April 2011; their repairs bill was £16.5m.

It’s probably going to get worse. The recession and high unemployment seems to have lead to desperation, as November even saw plaques stolen from war memorials. With Christ Church in Roath, Father Richard Spencer discovered the thefts when rain leaked through the roof. What if the perpetrators were starving and in debt? He commented, “I don’t know who the thieves are, but it’s wrong under any circumstances.”

Scrapping old laws
One problem is that scrap metal laws haven’t been updated since 1964. With worsening trends, the Metal Prevention Bill was proposed in the House of Commons on 14 November. Its suggestions include allowing police to search scrap metal dealerships and harsher criminal charges for captured thieves. Even if it’s passed, the bill would only affect England, not Wales. If it was to have any influence on Wales, it would probably be to drive metal thieves into the country. Tourism would increase, but so would the crime rate.

The response in Wales has received less publicity, mainly because there hasn’t been much to report. A spokesperson for South Wales Police said, “Metal thefts will not be tolerated and over recent months we have done a number of operations across the force area. These send a clear message to the offenders and associated trade that we are watching them.” Unfortunately, this clear message seems to have been ignored as BBC Wales reported that metal thefts cost Welsh local authorities £677,550 this year alone.

Rusty campaigns
An example of a recent campaign was when North Wales Police arranged Operation WAMPOOL. They spent 28 October searching eight scrap metal dealers; the movement’s actions were limited to that single day, so has had little effect beyond a public relations stunt. Similar campaigns have been taking place for years across the UK, not just Wales, and nationwide statistics suggest this isn’t enough.

One alternative is to use something other than metal whenever possible. For example, a bronze statue in Cardiff’s Thompson Park was replaced by a plastic copy in October after being stolen four times. Similarly, Network Rail is investigating how to reduce its reliance on copper, but is yet to find a solution; like the local metal theft campaigns, the thought is there, but with little effect.

Rachel Lowe, media relations manager at Network Rail, pointed out another of their measures is to use CCTV with motion sensors. She explained, “They send picture messages which the controller uses to judge if it is a suspicious person or something more innocuous, like rabbits.” However, CCTV can’t do anything if the perpetrators wear clothing to disguise their faces. “Much of our CCTV is there to give us ‘eyes on the ground’ rather than be submitted in court,” she admitted.

Recycled ideas
The Local Government Association has its own proposals that, unlike the Metal Prevention Bill, would actually affect Wales. Their two main ideas are to make CCTV compulsory for scrap yards and to stop cash payments for scrap metal. Of course, this assumes waiting for a cheque is enough of a deterrent.

Alison Konderla, who runs J&C Cables in Cardiff, thinks differently on how her scrap metal dealership operates. She said, “I think it’s fine the way we run things. Anyway, a technology called SmartWater gets used these days on things like cables for identification. You shine a light on it to see a code saying who was the original owner.”

She added, “I also wouldn’t be happy if they stop cash payments as many scrap metal dealers rely on that.” This is essential. Stricter punishments won’t work if the police can’t catch the perpetrators, so attention has been focused on the dealerships – legal metal recycling could lower if people find it too inconvenient. It remains to be seen how the laws in Wales will be changed, if at all. Whatever happens, no preventative measure has proven to be a quantitative success.

Steve Gardiner, faced with two ladders leaning on Glenwood Church, said, “Changing the law might make a small difference, but these guys are looking for a way to make a profit. If it’s not nailed down, it’ll get taken away. 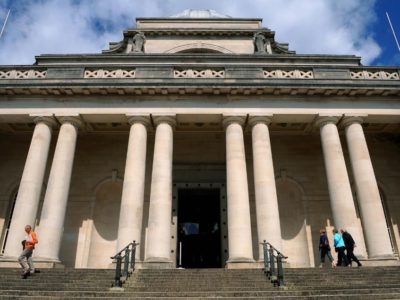 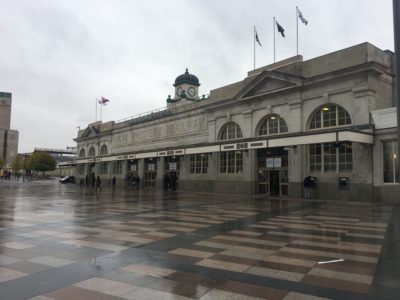 Voxpop: How do people feel about public transport in the city?
Share