According to TGO, the concept of outdoor resistance gyms originated in 1990s China and have since flourished across Europe.

Below is a map of all similar outdoor fitness facilities set up in the UK. 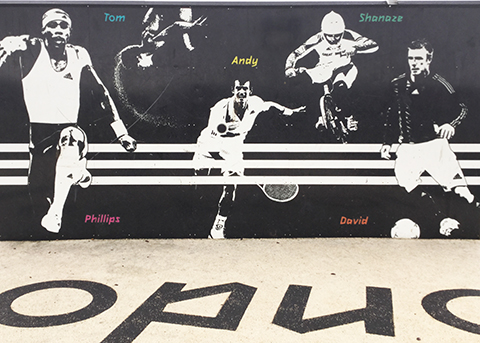 The Cardiff Bay Barrage has boasted an open air gym which was built with the intention of preserving the Olympic legacy since 2012.

As one of 40 such gyms across the country, the adiZone park was funded by London 2012 sponsor, Adidas, and supplied with equipment from The Great Outdoor Gym Company (TGO). The outdoor fitness facility, constructed in the shape of the 2012 Olympic logo, boasts a 15 station outdoor gym, climbing wall, basketball court and multi-purpose freestyle space. Writing for a report on Olympic legacy in 2012, Hugh Robertson, Minister for Sport and Olympics stressed that the power of the games should be used to “inspire more young people into sport.” Through providing freely available fitness for all ages and abilities, the adiZone gym aims to do just that.

Designed with the intention of encouraging more young people and families to get active, this gym has had some success. Partly due to its location in an area with much on offer for active families and individuals, the park is of particular appeal to children. The adiZone boasts a wide range of manually powered equipment.

Georgie Delaney, Creative Director at TGO, says that with such equipment the environment of the modern park has changed for the better as, for many, fitness has become not only free but also fun. Interestingly, such gyms are also naturally eco-friendly as they consume no electricity, all the equipment being powered manually.

Though this is of great benefit to the environment, and the pocket of eager individuals, outdoor gyms do not yet attract the same crowds as their more traditional competitors. Kieran Shaw, 27, who regularly uses this adiZone, and like many others often runs the Cardiff Bay trail, said that there were obvious advantages to free fitness and the equipment was of a great quality. However, he also admitted that you, “Rarely have to compete for a machine.”

According to TGO, the concept of outdoor resistance gyms originated in 1990s China and have since flourished across Europe.

Below is a map of all similar outdoor fitness facilities set up in the UK. 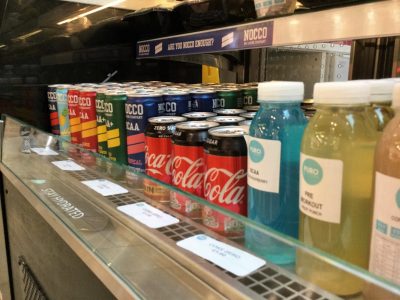