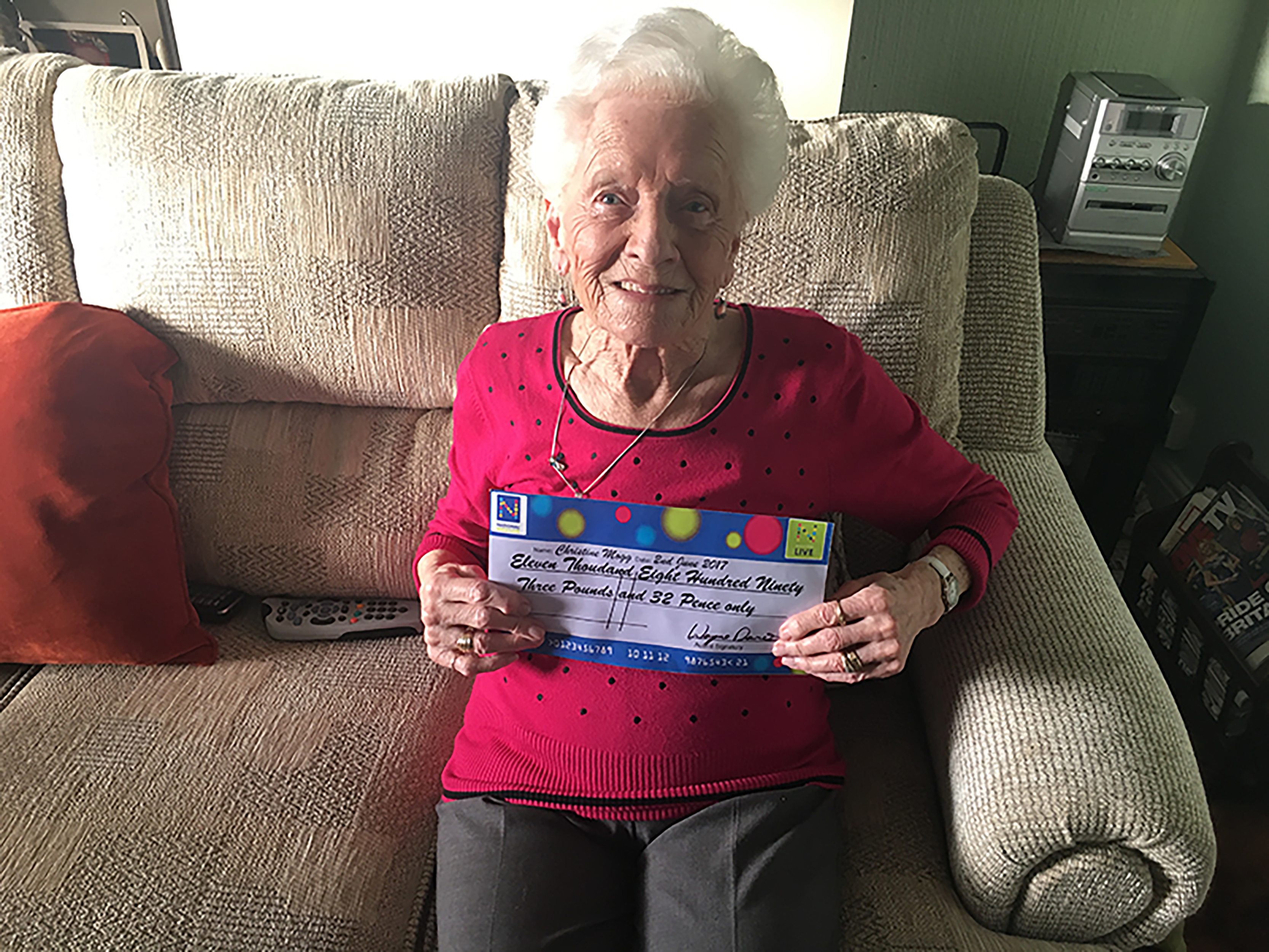 A valleys matriarch won big on the bingo, and tells us more about her extraordinary life; from the the coal pits to the wonders of social media Mary Mogg is the first to admit that she’s lived a long and interesting life. But this year has been the best one yet for her. A valleys matriarch who has weathered nine decades, 21 prime ministers and a world war, Mary’s passion for bingo resulted this year in a jackpot win in the National Bingo.

“I won nearly 12 thousand,” Mary tells Alt.Cardiff, “I couldn’t believe it when it happened, I think I was in shock. I was really very calm about it, I didn’t react how I thought I would. My daughter didn’t even believe me, she thought I was having her on.”

Mary’s big money win enabled her to do the one thing she always wanted to do; treat her family.

“I gave the money away,” she says, “to my family. And I did it gladly. Everyone had a share. My daughter and son, my grandchildren, my great-grandchildren. My family is my greatest achievement in life and they all deserved something.”

91 year old Mary’s win made her something of a local celebrity and opened her eyes to something she’d never experienced before; social media.

“When I won, the bingo hall posted a picture up on Facebook,” Mary remembers, “I didn’t even really know what Facebook was! There were people – hundreds and hundreds of them – commenting on this photo and liking it, I think, is that what it’s called? People I’d never met before saying congratulations to me, it was very nice to see.”

The most beautiful place in the world

But, admittedly, her win is not the only thing that’s interesting about Mary or her life. Moving to the village of Gilfach Goch when she was just seven years old, Mary’s upbringing was marred by difficulty.

“My mother was nearly blind,” she remembers, “and she had to bring three children up by herself. All the money we had was one pound and six shillings a week [around about £22 today]. That’s all. Could you imagine trying to survive on that today?” Gilfach Goch has been Mary’s home for more than 80 years, but she’s also experienced life outside the valleys; travelling all over the world, including Australia. But Mary says she has always returned to the place she calls “the most beautiful place on earth.”

The area of the South Wales valleys has also experienced seismic changes throughout the years. The biggest change by far is the closure of the coal pits in the 1980s. The pits were the very heart and soul of the valleys, providing employment and even housing for most residents.

The repercussions of these closures is still felt today, with Mary’s home of Gilfach Goch being classed as a severely deprived area due to the raft of unemployment.

“The pits were the lifeline of the valleys,” Mary says, “when they closed, a part of the valleys died with them. I honestly believe that. But they were a horrible place too; there were so many deaths.”

For Mary, the many changes that have occurred throughout her lifetime are only now starting to resonate with her, about how much has truly changed. It’s offered her, she says, the chance to reminisce about her life.

“I keep thinking back to the olden days,” she remembers, “when the only form of transport in this valley was a horse and cart. And now we have god knows what. So much has changed, but so much as stayed the same. That’s like me, don’t you think? Sturdy as a rock.”