Cardiff: a capital of creativity 52 Things from Creative Cardiff on Vimeo. 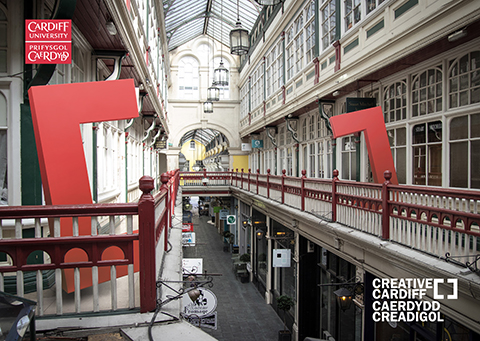 A Welsh organisation is working hard to build Cardiff’s reputation as a creative capital.

Creative Cardiff is the brainchild of university professors Ian Hargreaves and Justin Lewis. It aims to identify how the creative sector can help transform the city economically and has been successful in its mission thus far, with an ever-growing network of over 700 creative professionals and a thriving online presence. Its first year saw the network put on a programme of ‘52 things’ for Cardiff’s creative community. This included pop-up hubs and show-and-tell events, the next of which will be taking place in January 2017. These sessions invite members of the creative world to share their stories, using a thoughtfully chosen object as a starting point. In describing these events, Lisa Matthews, director of creative economy, says: “It’s a nice balance of networking, being inspired, laughing and meeting people that are from different disciplines but share the same values.”

Creative Cardiff has also been conducting extensive research on the creative economy and will be holding an event this December to present its findings. This will provide detailed insight into what the future may hold for the city’s creative industries as a whole, information that will be readily welcomed by many. Louise Harris, who owns a creative space in Cardiff, says: “We need people who understand the creative industries, technology, digital – who understand the pressures that creative companies are under and the way they need to work.”

The network has identified the need for greater collaboration between creative industries and is looking to extend its current reach. It has already begun the ambitious task of mapping the creative economy in Cardiff. In its next year, the organisation plans to host Welsh language events, incorporate artisan food makers within its network and get individuals in non-creative industries on board too.

52 Things from Creative Cardiff on Vimeo.