Take a look at this interactive map that plots some of Cardiff’s most haunted places as well as other unexplained sightings that have taken place over the city. Then jump into the 360 experience to immerse yourself in some of the most unsettling places in the city.

A full spectrum camera captures visible and near infrared light often referred to as VNIR. This allows them to capture things that may exist outside of the visible light spectrum. 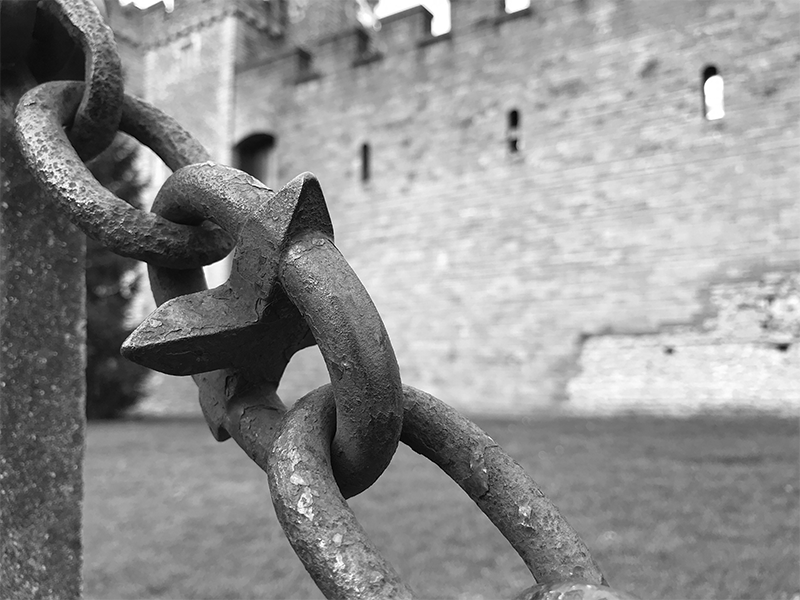 What is being done to explore, investigate and understand the haunted history beneath Wales’ largest city?

Key: See a spooky emoji – Look for it in the side bar for more info ???

Our city has a problem. A ghost problem. With the Ghostbusters unavailable we must turn to psychologists, paranormal investigators and historians to understand more about Cardiff’s haunted history.

Cardiff is the largest city in Wales and is home to castles as old as the 3rd Century (?), wartime Victorian hospitals,  and, medieval churches. Its long and storied history has given rise to urban legends, mysteries of the macabre and, of course, ghost stories.

The paranormal in Wales is becoming increasingly popular with many taking to the streets on ghost walks and horror tours around the city seeking to understand haunted history. Wesley McDermott of Haunted Rooms, the paranormal tourism company, has stated, “the excitement and the thrill of a ghost hunt is what brings people to us first off. The intrigue and different locations bring them back for more!”

“All events are a way of us ourselves carrying out our love of the paranormal world, and satisfying the public fascination with it.”

It’s not only paranormal tourism that has sought to understand the city’s haunted history as organisations such as Paranormal Phenomena Wales has attempted to find an explanation for many of the unexplained sightings that haunt the city’s most famous places. Through the use of special equipment (?) and an understanding of history, many are exploring the most haunted places in the city to seek answers as to why Cardiff is Wales’ most haunted city

“I felt a presence,” began Dawn Cummings, the founder of Paranormal Phenomena Wales, “I was with my husband and he wanted to visit his grandmother’s grave in Llandaff. The ghost caught on film in Llandaff (Photo: Dawn Cummings)

“On arriving I felt a female spirit with me. She gave me the name Sarah and she wanted me to follow her. I went in different directions with her and after a while began to feel the presence of a child.”

Cummings quickly asked her husband to take a photo of one of the graves using a special full spectrum camera and produced this photo.

Hauntings aggregator, the Paranormal Database has documented at least twenty haunted locations within the city. One such haunting took place in one of the city’s most infamous locations.

A gothic steel gate emblazoned with the words Cardiff Royal Infirmary greet you, as ominous as they are ornate. They lead you towards the monolithic main building of a hospital whose mysteries have captured the minds of locals in the decades since its opening (?).

The hospital sits on Newport Road, its neo-Gothic buildings like a detour into a Bronte novel. In 1999 the hospital ceased operation sitting abandoned until its restoration nearly a decade later.

According to the Paranormal Database, the hospital has been home to multiple sightings of a ghost known as the “Matron”. A plumber working during the restoration noted having seen a woman dressed in old-fashioned clothing and bonnet who vanished without warning. A local legend warns those who see an old woman in grey who offers them a drink not to take it as they will die within a week of consuming.

Abandon all hope ye who enter

The Royal Infirmary isn’t the only haunted hospital famous for its ghostly apparitions. Llandough hospital is home to one of the cities most unusual ghost stories. The hospital, which was opened between World War I and World War II in 1933 is home to the story of a pregnant woman who had been sleeping when she awoke to find a nurse standing at the foot of her bed. She described the nurse in question as wearing an old-fashioned uniform.

The ghost seen by the pregnant woman in 2002 is said to be the apparition of a nurse who had died decades earlier. The nurse had told her colleague that she had just seen her own body lying on a bed in the hospital. A week later she died of typhoid fever and her body was placed in the same bed she had reportedly seen herself in the week prior.

Many people have paranormal experiences in hospitals due to their proximity to death leading investigators and academics to try and understand their validity. Many universities have set up dedicated departments to investigate hauntings and unexplained phenomena. One such department is the department of anomalistic psychology at Goldsmith’s University.

Professor Christopher French, who leads the department’s research,  stated that “regardless of whether people are religious or not it is not uncommon for people to start reporting potentially paranormal experiences following a bereavement. The most common types of experiences include such things as feeling a strong sense of presence.”

With academics searching for a scientific explanation to many of the stories are we closer to an answering what makes Cardiff the most haunted city in Wales? With many of the most haunted locations being hospitals and castles, places famous for seeing their share of death over the years, it seems like there might be a psychological explanation for the phenomena but that still doesn’t explain the feeling of dread you get when standing in the courtyard of Cardiff’s Royal Infirmary. Does anyone have the number for the Ghostbusters?

Take a look at this interactive map that plots some of Cardiff’s most haunted places as well as other unexplained sightings that have taken place over the city. Then jump into the 360 experience to immerse yourself in some of the most unsettling places in the city.

A full spectrum camera captures visible and near infrared light often referred to as VNIR. This allows them to capture things that may exist outside of the visible light spectrum. 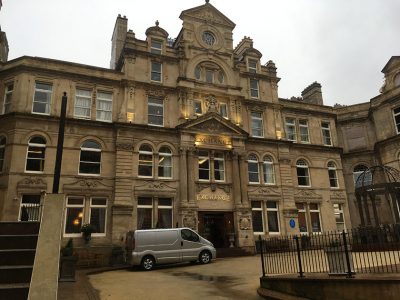 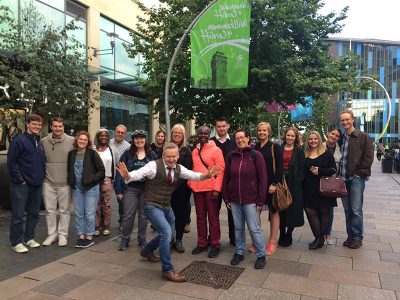 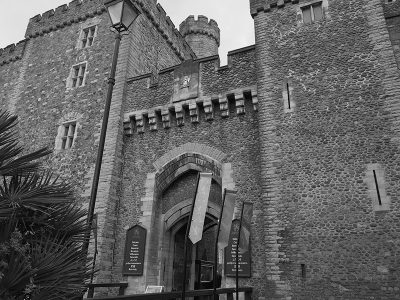