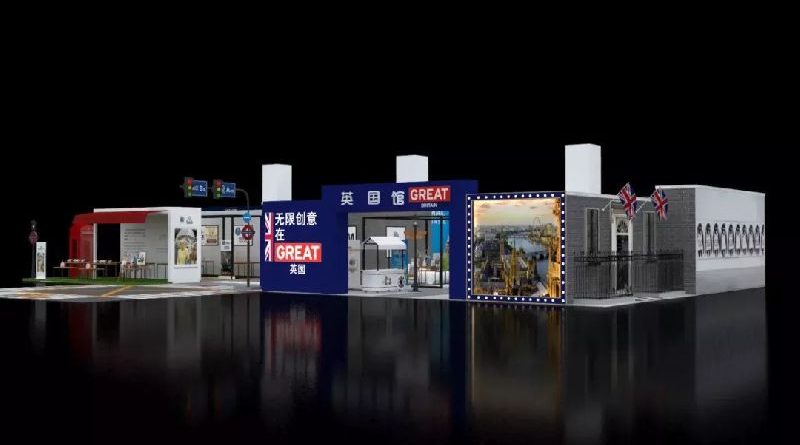 Hangzhou Cultural and Creative Industry Expo is one of the major four Expos in China, the other three are hosted in Beijing, Shanghai and Shenzhen each year respectively. While the Expo culture is developing rapidly in China, each city, in particular those categorised as Tier 1 or close to it, compete desperately to become more open, international and cultural. Although the economic concept of creative industries first came from the UK, China has now adapted its own version to establish a unique platform for a cultural showcase.

There is something special about the Hangzhou annual event. The Committee of Expo revealed their ambition was to combine both business and civic entertainment. Funded by local government and supported by several different sponsors, it is the Hangzhou Expo’s vision to provide opportunities to different scales of creative businesses, as well as to orchestrate an educational event to allow local citizens to experience something that they do not normally encounter on the high street. This ethos benefited the SME exhibitors a great deal, in particular one of the UK delegations this year led by Nottingham City Council.

The UK is the official guest country for this year’s Expo. A pavilion was built for this purpose, with the usual national branding strategy that focuses on the UK’s “Great” creativity. Tony Clemson, Vice Consul-General of the British Embassy in Shanghai, gave a welcoming speech during the opening ceremony. Next to the main pavilion, the Midlands occupied a large space to accommodate a business delegation of 30. After almost three years of negotiation, Nottingham City Council was successful in receiving funding from Hangzhou to support local businesses to attend this year’s event. Apart from three universities, the rest of the delegates were all SME creative businesses or artists based around the Midlands. For many of them, it was the first time experiencing China, but it was certainly a useful opportunity to have a taste of this enormous market. Several individual artists managed to make good sales during the Expo, others were productive in gaining new contacts for further long-term negotiations. With such high exposure, around 260 thousand audiences attended last year and a total 16 billion RMB revenue was accumulated this year.

However, SME creative businesses from the UK face dilemmas. To use the case study of this year, although artists had positive sales at the Expo, with such a high demand from the Chinese market, can UK business catch up with this huge appetite? As we have learnt elsewhere, mass production is in fact the opposite of creativity, but at the same time, what the Chinese middle-class upward market wants are products services that are unique. This is a paradox, due to China’s high population. In terms of exporting British creative products and services to China, is there a balance that can be met where the energy of creativity may benefit both sides? How can SME creative business from the UK introduce a different consumer habit to Chinese buyers in order to further its international trade? When it comes to products, China pretty much has everything, so what else can these businesses bring to the table? This is something that will require further observation and market intelligence research.

Another interesting factor that was also revealed through this creative trade mission is the different operation models of creative economy that are represented by the two countries. For China, creative industry is a top-down initiative that is fully operated by the government. Creative industries in the UK gain their energy from a bottom-up motivation, even though the government also provides guidance and support when needed. In my view, both models of economy shouldn’t see each other as in opposition but would be best to learn from each other, to absorb what each side has to offer, and to continue to improve its own system. With the increasing number of Expos opening each year in China, there are plenty of opportunities for creative businesses to propose original exhibition plans. The most important thing that UK SME creative businesses need to think about right now is to know what they want from this very aggressive market, whether it’s simply some quick cash or a long-term cooperation project. As the UK’s creative export to China continues to increase, working toward that balancing point with a proactive and strategic trade plan will be a wise step.

This article was originally published on Asia Dialogue. Read the original article.