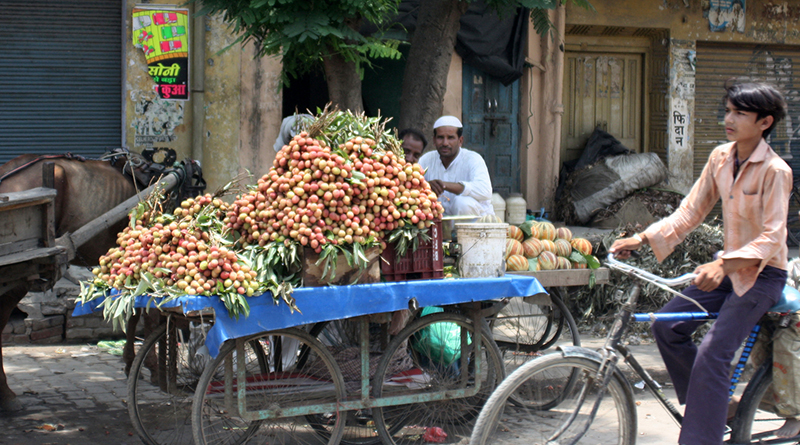 In this guest blog ahead of her Research Seminar later today Silvia Masiero (Loughborough University) examines with co-researcher Soumyo Das (International Institute of Information Technology Bangalore) the gaps between the design of India’s cashless transaction architectures and the reality lived by urban street sellers in Bangalore, problematising the orthodoxy of “inclusive cashlessness” underlying the push to diffusion of such architectures.

As the idea of “digital for development” becomes ingrained in global anti-poverty agendas, cashless economies are increasingly represented as a step towards economic prosperity in developing nations. The term “cashless” refers to financial transactions operated through transfers of digital information rather than physical currency, and extensively indicates economies shifting from cash-based systems to digitally-enabled ones. The point that cashlessness is capable of inducing transparency of currency movements, thereby combating illicit money flows through digitally-induced traceability, is acquiring weight in the making of development schemes at the national and international level. In a recent report, the World Bank links the establishment of cashless systems to financial inclusion, motivating their function as a means to the incorporation of marginalised actors in the formal economy.

Yet against this backdrop, limited empirical evidence so far links cashlessness to the pursuit of financially inclusive policies in developing nations. At a time when the United Nations’ Sustainable Development Goals (SDGs) are openly associated to the adoption and use of digital technologies, it is important to examine perceptions of cashless transactions by actors operating in traditionally cash-based systems, such as the informal economies within which the large majority of the world’s transactions occur. As a result part of our ongoing research focuses on India, where a policy move referred to as demonetisationin November 2016 banned the majority of the nation’s banknotes, replacing these with new ones in an attempt to curb the proliferation of black money. This temporary move preceded the shift, advocated by the national government and multiple private providers, to a cashless system characterised by the diffusion of digital transactions, largely operated through an ecosystem of digital wallet applications.

In a study recently presented at the Development Studies Association (DSA) Conference (Milton Keynes, United Kingdom), we shared preliminary findings from an investigation of cashless transactions among street sellers in Bangalore, a large Indian city with consistently high volumes of digital payments. Our research interest was triggered by how, in spite of the “inclusive cashlessness” operations promulgated by the national and state governments, street markets are still dominated by a cash-based system, with few digital transactions occurring in our on-the-ground observations. Bangalore street markets provide an urban setting where connectivity is generally good, and we focused our interviews on street sellers who are owners of smart mobile devices on which digital wallets are built to operate. Moving around three large markets in the city, we became interested in street sellers’ perception of the affordances of cashless transactions for their businesses.

In conversation with us, answering questions on their use (or lack thereof) of digital wallets, multiple sellers voiced primary concerns with the design of such applications. Street vendors – whose living is built through the day-to-day profits of microbusinesses – place high value on immediate notification of transactions, which does happen with cash – but much less with a text-message notification that “may or may not” reach them, generating uncertainty especially at times of the day (or indeed, of the week) when many small transactions occur. Furthermore, digital wallets mean regular visits to financial institutions to withdraw cash-in-hand, which sellers need for daily transactions and is subject to a fee of variable entity. Overarching is, in street sellers’ narratives, the theme of the uncertainty associated to digital transactions: limited awareness of back-end processes occurring from customers’ payments to the reception of money actively discourages the use of digital transaction apps. Cashless systems, well-devised for formal economic transactions, do not seem to be designed to manage the multiple uncertainties that historically characterise Bangalore’s street selling ecosystems.

A second issue lies in the rupture that apps cause in established street-market economic processes. The introduction of cashless architectures breaks a continuity that characterises street-vending ecosystems since the early days: from street sellers we learned that suppliers “will want to be paid cash” rather than accepting any other form of payment. It was, amongst other factors, the well-rootedness of cash-based systems that paralysed entire sectors of the Indian economy during demonetisation, as the sudden discontinuity of cash flows blocked the only way many actors knew to transact. The street sellers we spoke to are frequently visited by representatives of digital wallet companies providing information on their products: yet such systems, rather than building on the long-standing ecosystems of street vending, are designed in rupture with these, effectively dismantling their transactional architecture.

As part of our ongoing study, it is important to seek explanations for the observed gaps between cashless architectures and informal economies. The link between cashlessness and development is articulated by its proponents along two sub-links, one consisting of anti-diversion (combating black money through traceability) and one passing through financial inclusion (building systems that marginalised actors can access). Since the days of demonetisation, the Indian case reveals a focus on anti-diversion, proposing the cash ban (and, subsequently, cashless systems) as a means to securely trace transactions in the economy, easily detecting suspicious ones and preventing them from happening. These systems are characterised by the inbuilt functionality of tracing money flows: in doing so they act as monitoring devices, whose affordances point to sheer tracing of ongoing transactions in the economy.

We are currently seeking to trace the history of diffusion of cashless architectures in India, with particular attention to the balance between private actors (owners of a large majority of digital wallets) and the governmental agencies endorsing them. In mid-2017, the Reserve Bank of India’s report that 99.3% of the currency was back in the system post-demonetisation shed doubts on the effectiveness of this policy move. The functionality of e-wallets as a tracing measure, capable of enacting the inbuilt functionality of finding and preventing illegal transactions, seems to be accompanied by limited evidence of its effectiveness as a means to anti-diversion or, indeed, inclusive policies. In this context, the orthodoxy of “cashlessness for development” equates “development” with transaction tracing, dangerously neglecting the implications of the “tracing” function and its impact on users’ entitlements.

Silvia Masiero is a Lecturer in International Development at the School of Business and Economics, Loughborough University. Her research focuses on the use of information and communication technologies (ICTs) in the field of socio-economic development.

Soumyo Das is affiliated to the Centre for Information Technology and Public Policy. His current research focusses on the social and economic implications of digitalization of retail banking practices for customers in developing states.

This blog was originally posted on DATACTIVE