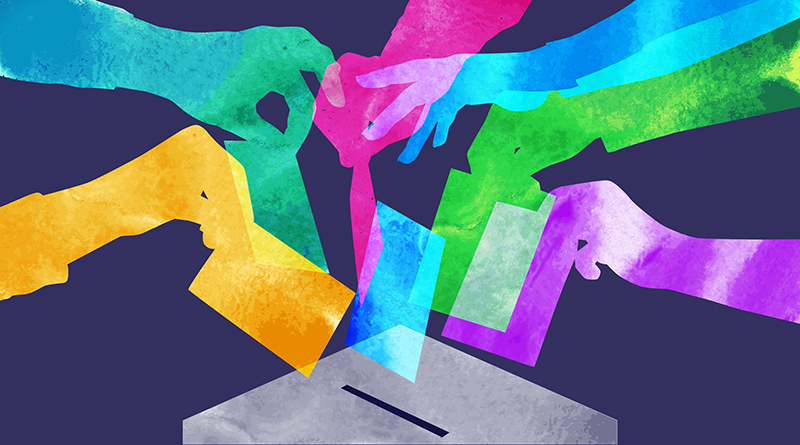 So here we are, then. Prime Minister Johnson has his heart’s desire – after months of a volatile and dysfunctional premiership characterised by lost Commons votes, broken promises and in party fighting there is to be a general election on December 12th.

But if we were to look back nearly 100 years to 1923, and the last General Election to held in December, a superstitious Conservative party member may have cause to worry about some intriguing parallels.

In 1923, Tory leader Stanley Baldwin, who had only been in office a matter of months, needlessly decided to call on election on Trade Tariffs for imported goods. In the event, though the Conservatives won the popular vote with 38.01% of the turnout and 258 seats, they actually lost 109 seats whilst Labour, under Ramsey MacDonald, and the Liberals, under Herbert Asquith, won 191 and 158 seats respectively.

As Alison Campsie wrote recently in the Scotsman, this was an election which took place with great interest from foreign powers. She quotes William Thomas Morgan, who stated in the American Political Science Review, in 1924:

“Not only were the results of the British national election of last December momentous for the British people themselves, but it may be doubted whether any other election in the country’s history ever excited as much interest in foreign lands.”

Until 2019, we may well argue. But the result in 1923 was a hung Parliament, with the Liberals agreeing to support MacDonald – leading to the first ever Labour government. Whether Liberal Democrat leader Jo Swinson would be willing to support Jeremy Corbyn in similar circumstances is obviously open to question but she’s bullish about the possibility of winning many seats. She told BBC Radio 4’s Today programme on Wednesday:

“This is a volatile time in politics. Nobody needs to look at received wisdom, or what’s happened in the past. Our polling show that we are within a small swing of winning hundreds of seats, because the political landscape is so totally changed by what has happened in our country post-Brexit.”

And even though officially the election campaigns cannot really begin until the dissolution of Parliament some time next week, Labour has been quick out of the blocks. A video message posted on social media on Tuesday evening reprised Corbyn’s conference speech where he promised to “unleash the biggest campaign of people power we’ve ever seen in this movement and in this country.” It’s an upbeat affair – the people of Britain are unbreakable, poverty isn’t inevitable. As in 2017, the Labour party is “for the many, not the few”.

As the campaign gets underway, it will be interesting to see if Labour persists with the same approach. As I noted in 2017, “for the many and not the few” became the deliberately optimistic soundbite as the party utilised Facebook, Twitter and YouTube whilst their overall use of social media was strategically astute. Obviously aware that any dialogue with the print media was never going to be fruitful, Labour moved physically into its traditional heartlands while investing time and money online. For the most part in the last campaign, Labour eschewed the negativities that we have come to expect from modern political communication and instead accentuated the universal benefits of a Labour government.. That said, if Wednesday’s Prime Minister’s Questions are anything to go by, then Labour will seek to emphasise the perceived inadequacies of Johnson at every opportunity. Lord knows there’s plenty of ammunition.

I don’t think there will be a sustained attempt to bring the mainstream media onside. It’s far more likely that Corbyn will instead seek to convince the electorate that the days of press power and influence are limited by Labour’s plans to “stand up to the powerful and corrupt billionaire tax exile” newspaper owners. More than this, there will be a concerted attempt to demonstrate how out of touch the media is with the general public. In the video message posted hours after the vote for a General Election, Channel 4’s John Snow was seen in a clip saying with certainty after the last election: “We the media, the pundits, the experts – know nothing.”

And of course, the usual newspapers – The Sun, Mail, Express, Times and Telegraph – will all seek to seek to vilify Corbyn and his shadow cabinet, while the traditional Labour supporting titles – Guardian , Observer, Mirror – will most likely attack the Tories without being too supportive of Corbyn. Several of their columnists will, I suspect, write opinion pieces anticipating how the top team will change when defeat comes.

Whilst Labour will do all they can to make sure the campaign is about more than Brexit, the right wing press will insist, Corbyn’s unsuitability aside, that it’s the only issue in town. Consider the front pages the morning after the election was announced. Amidst a background of brightly coloured fireworks, the Sun proclaimed, “NEW YEAR’S LEAVE” with the assertion that “we can get Brexit done” by Jan 1st. 2020, “the first day of the rest of our lives”. Just above a picture of the PM’s head appeared the assertion, “PM IS OUR ONLY CHOICE” see pages 2,4,5,6,7 and 10.

As far as the Mail was concerned, Christmas was coming early. A cartoon of Santa’s sleigh being driven by Johnson adorned its front page along with a picture of a shifty looking Corbyn. The text read: “At last Boris wins election date – and he’s leading the polls. But with the Lib Dems and Brexit party threatening Tory vote in key seats, the stark warning…DON’T LET THE GRINCH STEAL YOUR CHRISTMAS”.

If there’s one thing we can take for granted though, it’s the fact that the Commons will look significantly different when it reconvenes in January. In an indication of how divisive Brexit has become and how the viciousness of the modern political process has taken its toll, over 50 MP’s are not seeking re-election including Ken Clarke, Amber Rudd, Nicky Morgan and Pontypridd’s Labour MP, Owen Smith. Citing “personal and political reasons” in his resignation letter Smith has long been in disagreement with his Party leader. But I’m sure that many will agree with the  sentiments of Jo Stevens, the Labour MP for Cardiff Central, who paid tribute to Smith on Twitter. She wrote: “Very’ very sad to see this. A good man with Labour values in his heart and soul. Huge loss to us in Parliament and to Ponty.”

It’s going to be a long few weeks.