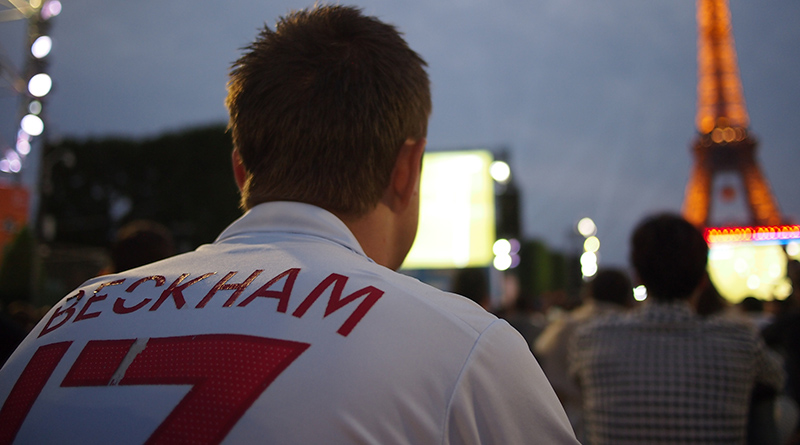 If nothing else the David Beckham email scandal has provided some welcome respite from the seemingly perpetual news agenda of Trump and Brexit. You can imagine journalists (and readers, for that matter) the country over thanking the Lord for something other than bread and water in their daily diet.

Yes, it seems that the previously pristine and relatively scandal free sporting icon is not as golden as his carefully cultivated image might suggest. In a series of stories last week The Sun  and the Daily Mail, along with several other European media outlets including France’s L’Equipe and Germany’s Der Spiegel, published details of Beckham’s stolen personal emails, which were reportedly hacked from a Portuguese company with close links to his long-time friend and spokesman, Simon Oliveira.

The Beckham that emerges from the emails is not the recognisably magnanimous and self- deprecating figure we have come to lately recognise.  He appears to be petty and small minded – labelling the Honours Committee who apparently refused to grant him a knighthood “unappreciative c***s”. Welsh icon Katherine Jenkins is singled out for her unsuitability for the OBE she received in 2014. She’s not worthy of it, Beckham allegedly wrote, her contribution to society amounting to little more than singing at the rugby and taking cocaine.

Its right to point out at this stage that whilst Beckham’s advisers have said that some of the text of the emails had been ‘doctored’ to include extra swearwords, the majority of what was reported is genuine. In Beckham’s mitigation, they add that his communications were heat of the moment and correspondence between two close friends – and on this point there for the grace of God go all of us. Who hasn’t, at one point or another, raged to a friend about the injustices of the world and its inability to see how bloody special we are?

But Beckham is an international superstar in an age where privacy is increasingly irrelevant and the big question now is whether or not ‘Brand Beckham’ can survive the negative publicity.

This is a man, don’t forget, who for the last 20 years or so has become an advertisers dream. His name has been successfully linked with, amongst many others, Vodafone, Marks and Spencers, H&M, Breitling and Samsung. As I’ve written before, Beckham sells products because he can be many things to many people. He is not one dimensional – he appeals to men and women. To men, he represents tenacity, skill, patriotism and success. Women appreciate his undoubted good looks, his loyalty and his willingness to embrace his feminine side. Castrol used him in adverts across the Asia pacific region after research found that more than 80 per cent of consumers in Thailand, Vietnam and China said a link with the footballer would be a reason to buy its engine oil.

But its crisis management time and one thing Beckham should not do – if PR consultants are to be believed – is to stay silent. Keeping quiet allows the narrative to develop independently. Intervention in the story would at least direct the focus of attention towards the contrition which must be demonstrated. This is, after all, has been the tried and tested strategy in any celebrity scandal of the television age.

But that alone is not enough – Beckham needs the support of the charities he has worked for and to be fair, UNICEF, for whom he has campaigned since 2005, was not slow in coming out to offer its support.

It’s my guess that any damage that ‘Brand Beckham’ has suffered is temporary. His reaction to the abuse and vitriol he suffered after his sending off in France 1998 suggests a man of strength and resolve more than capable of weathering this storm.

He is also a figure whose renown is global:  who cares in Asia if he has issues with his tax returns or a predilection for badmouthing elites and contemporary celebrities? In the United States that sort of thing is positively welcomed and in some cases can even lead to high office.

This is all part of a story which will not end at this point. Elis Cashmore, who wrote a book about Beckham in 2002, highlighted the mythic qualities of the footballer’s life. Here was a man with a life of fairy-tale prince.  Born into a modest background, this boy of exceptional skills overcomes adversity and exceptional setbacks to win the heart of a princess and the love and respect of the nation.

In this sense, the stolen emails and the surrounding fuss becomes just another chapter in the tale.