I think everybody recognises Katie Hopkins as a professional controversialist. Her journalism and public persona are, it seems to me, a carefully constructed exercise in generating argument. To some she is a sick, vengeful bully who attacks those that cannot defend themselves. To others she is at the vanguard of popular opinion saying the unsayable in an age when the values of free speech are perceived to be undermined almost daily.

There is rarely substance behind what Katie Hopkins communicates – her pontifications lack objectivity, nuance and context. The rich and powerful are infrequently in her sights. Instead she fires at, oh let’s see – the elderly afflicted by dementia, or the unemployed, or the dead and, of course, migrants.

Which brings us to her most recent column in Friday’s Sun.

In the shadow of the tragedy on April 13, which saw some 400 migrants drown in the Mediterranean between Libya and Italy, Hopkins wrote a piece entitled “Rescue Boats? I’d use gunships to stop migrants”:

NO, I don’t care. Show me pictures of coffins, show me bodies floating in water, play violins and show me skinny people looking sad.

I still don’t care. Because in the next minute you’ll show me pictures of aggressive young men at Calais, spreading like norovirus on a cruise ship.

Leaving aside the many factual inaccuracies of the article and the spiteful, miserable and breath-taking rhetoric, on reading the full piece I was left with a sense of pity for Hopkins. I struggled to comprehend how she could demean herself by writing in such a way which clearly demonstrates her indifference to human tragedy. The brazenness of the prose and the bookending of the article which purports to care about British taxpayers and truckers reminded me of Aldous Huxley’s maxim:

The propagandist’s purpose is to make one set of people forget that certain other sets of people are human (The Olive Tree, 1937).

In a sense then, we can see Hopkins’ vile outpourings as simply a product of years and years of reportage which has consistently portrayed migrants as less than human. As I’ve written before, for the right-wing tabloid press in Britain (including The Sun, Daily Star, Daily Express and Daily Mail) the greatest threat to the social fabric of Britain is the arrival of asylum seekers and illegal immigrants.

Why print this rubbish?

Barely a week passes without reports of asylum seekers – regularly portrayed as opportunistic, disease-ridden money grabbers – casually entering Britain. They are, we are told, seduced by the lure of state-provided riches, superior housing and a life of luxury.

Once in this country, according to the myths spread by these newspapers, they claim all the benefits they can, refuse to work and routinely indulge in crime sprees. Hopkins is merely driving the persistent narrative to its inevitable conclusion: kill ‘em all.

Writing in The Independent , Simon Usborne asked the seemingly obvious question: why did The Sun, as a national newspaper with an audience of 2m happily print an article containing language that “might give Hitler pause”?

Even before we consider her words in relation to the legal definition of racial hatred, The Sun has a responsibility to decide where to draw the line. What, if any, discussions took place before editors sent page 11 to be printed?

For me, in the absence of any word from The Sun, the answer to Usborne’s question is clear. The article was published because the editorial staff at the newspaper are the products of the same environment as Hopkins. Despite the incendiary language, this is not new territory.

It’s fair to assume also that though they may have raised an eyebrow or two, this kind of writing is exactly what Hopkins is paid to produce. What’s the point in employing a controversial columnist known for her outspoken views if she is not controversial? It’s not as if Hopkins is attacking a group of people who can respond with a lawyer’s writ, either.

It’s my guess, too, that The Sun will be untroubled by the change.org petition to remove Hopkins as a columnist, even if it has garnered 180,000 signatures. Somewhat ironically, the petition only serves to reinforce her status as a dangerous brand and a “voice that cannot be silenced”. Do you think The Sun will want to be rid of someone who guarantees them publicity every time she sets finger to keypad?

And, as uncomfortable as it may be to the liberal left, Hopkins does have her champions – who are now lauding her for having the bravery to write as she did. One only has to look at the comment threads below the multitude of articles written on this subject to glean that. Here is one which captures the flavour posted on The Drum:

Agree with Hopkins although the language used is regrettable. We should deploy what’s left of our navy in the Med, along with other NATO countries and rescue the migrants before dropping them off back on the beaches from whence they came. They don’t belong in Europe and they are coming mainly because they know Europe and the UK especially is the land of milk and honey.

I contemplated not writing this piece at all. I generally feel that anyone responding to anything Hopkins writes adds fuel to her fire. And who wants journalism to be about reacting to the ever more extreme views of clickbait columnists who race toward moral vacuity whilst fraudulently claiming the right of free speech?

Then I read Zoe Williams’sbrilliant column in The Guardian.

We are not ‘giving her what she wants’ when we make manifest our disgust. It is not a free speech issue. I’m not saying gag her: I’m saying fight her. Articulate the fellowship, the human empathy, that makes these deaths important. 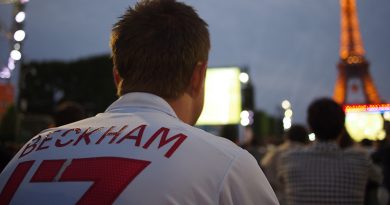 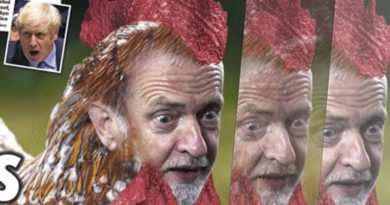