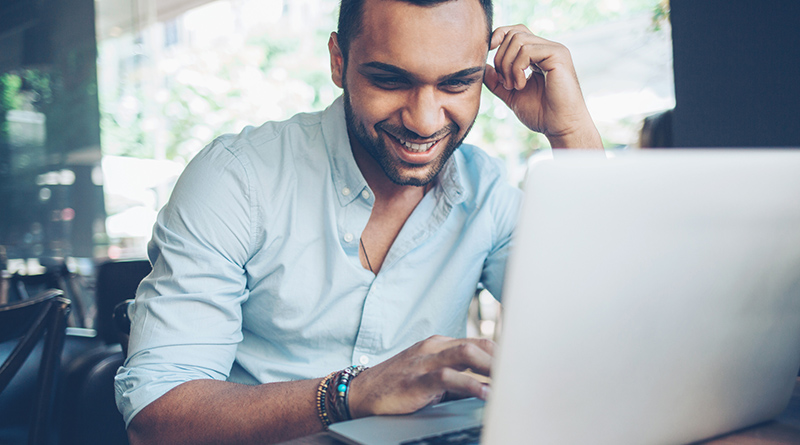 You may not know it, but Iran is undergoing a rapid digital transformation.

Internet usage grew by 21 percent last year and the country hopes to roll out 5G mobile technology in 2020-21. Meanwhile, with popular online services from YouTube, Facebook, Google and Apple, typically blocked in the country, entrepreneurs are successfully developing their own Iranian-born versions.

As Niki Aghaei, a creative consultant in Tehran, told us, the pace of change has been dramatic.

“In a matter of four years, we have 22 million active mobile users in Iran using applications, using the internet, browsing through the net,” Aghaei says. “There are a lot other things that are very traditional in Iran,” she said. “But it’s ridiculous how large a [digital] market we have and how many different ideas that we have seen implemented.”

In part, what’s made this possible is the roll out of faster – and improved – mobile broadband.

The country’s first 3G network was launched by Iranian telecommunications provider Rightel in 2012, and it wasn’t until late 2014 that other companies were allowed to launch 3G or 4G services.

Since then, the country has seen the roll-out of online payment systems, Uber-like services such as Snapp, Tap30 and Carpino, as well as Dunro — an Iranian location-based app similar to Foursquare — and multiple opportunities for online shopping.

“We never had this stuff a couple years back,” Aghaei said. “And I don’t see another example in the world of this quick transition.”

A nation of super-users

These digital developments often come as a surprise to non-Iranians.

“The biggest misconception is that people don’t even know we have a digital world in Iran,” Aghaei said. “They’re like, ‘Oh my gosh, really? Iranians use Instagram? There’s 20 million users on Instagram in Iran? The engagement rate is triple in comparison to North America? Wow.’”

Arguably, one key reason for this level of engagement is scarcity. As noted by TechRasa, an Iranian English-language tech website, “Facebook and Twitter are blocked in Iran by the government.”

In contrast, Instagram “is the only popular social media platform that is not blocked in the country.” Subsequently, it’s a platform many Iranians have embraced. Iranian actress Mahnaz Afshar boasts 6.3 million Instagram followers, and a fan page dedicated to Game of Thrones has over 120,000 followers.

With the introduction of social media, Iran is also starting to notice the power that digital influencers can have on consumer decisions; they may be even more powerful in Iran than many other markets.

“The engagement rate on influencers is insane,” Aghaei said. “I mean, if you go on Mark Wahlberg’s Instagram page, he has 7 million followers, and on many of his posts he barely hits a couple hundred thousand views. The engagement isn’t there because there are so many different digital channels that people outside of Iran have access to.”

Conversely, in Iran, having access to a more limited range of services means that “most of the users are focused on Instagram and Telegram as their communication platforms.”

That said, the influencer trend may not last, Aghaei suggests, due to overexposure. “Influencers in Iran last year were not really making money,” she said. “They were just doing it for the love of their art whether they were comedians, bloggers, Instagrammers, Viners, photographers… But because companies are using influencers, the influencers are losing their [personal] brand and their engagement.”

For now, at least, influencers remain powerful and dominant digital figures. Aghaei attributes the rapid take-up and usage of the messaging app Telegram, in part, to this group.

The app now has more than 40 million users in the country and it’s a common platform for news and information on business, celebrities and entertainment.

“You have channels, you have groups, and you have bots,” Aghaei explained. “Channels are places where you have hundreds of thousands of members that come and read your posts.”

“So, people are opening their eyes and they are interested in coming into the digital world,” she added. “I mean, everything is being done online.”

A key driver is convenience. “Iranians like simplicity,” she said, and many online tools can make their lives easier.

Take internet banking, for example. “People spend three to four hours a day in traffic in Tehran,” Aghaei said. “The ease of doing everything online is that you don’t have to spend another half hour or another hour in traffic to make your payments.”

It’s a sentiment that has also spilled over into other walks of life too, including ordering home – cooked food through the startup Maman Paz.

“Everyone is finding an opportunity to make money and to somehow be active online,” Aghaei said.

Iran’s digital revolution, it would seem, has only just begun.

Kristin Peixotto contributed to this story. She is a graduate of the University of Oregon’s School of Journalism and Communication. She is a strategic communicator focused on engaging publics through the power of technology. Follow her on Twitter @kpeixotto27

This article was originally published on IJNet.